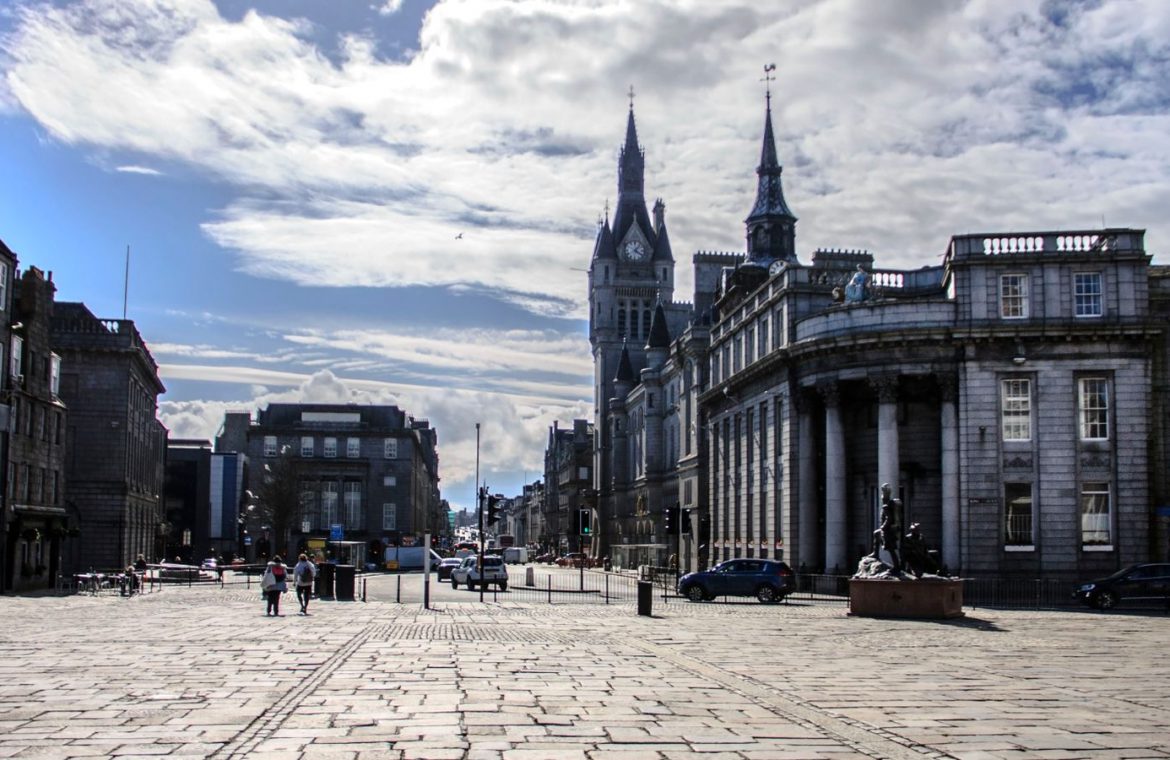 Bars, restaurants and cafes are being shut in Aberdeen under the reimposition of coronavirus lockdown measures.

Speaking at her daily coronavirus briefing on Wednesday, Ms Sturgeon said 54 cases had been reported in recent days as part of a cluster of infections in Aberdeen.

Image:
Local health officials have linked a number of cases to The Hawthorn Bar in Aberdeen Pic: Google StreetView

Local health officials have linked a number of cases to The Hawthorn Bar, which has shut voluntarily for 14 days, in the city’s centre.

According to Ms Sturgeon, more than 20 other pubs and restaurants are also involved in the cluster.

She said the rise in cases had heightened fears the Scottish Government is “dealing with a significant outbreak in Aberdeen that may include some community transmission”.

Under the reimposed restrictions, residents in the Aberdeen city area are being told to travel no more than five miles from their home.

Locals are also being ordered not to enter each other’s houses, while indoor and outdoor hospitality has been told to close by 5pm on Wednesday.

Ms Strurgeon said people should not travel to Aberdeen but those who are already there can remain.

The measures will be reviewed in a week’s time and the first minister expressed her hope they could then be removed, either in entirety or in part.

However, if necessary, Ms Sturgeon warned the restrictions could be extended beyond the initial seven-day period.

The decision to act was taken to “prevent further spread and to give the Test and Protect teams the best possible chance of successfully breaking these chains of transmission”, Ms Sturgeon said.

She added she was aware the reimposition of measures was “deeply, deeply unwelcome news” and that it was “the last thing” she wanted to do.

“Our precautionary and careful judgement is that we need to take decisive action now, difficult as that undoubtedly is, in order to try to contain this outbreak and prevent further harm later on,” she said.

In a wider warning to Scots, Ms Sturgeon said: “This virus hasn’t gone away – if you doubted that, then today we have evidence of how true that is.

“The outbreak in Aberdeen is a sharp reminder of that. It shows what can happen if we let our guard drop.”

Ms Sturgeon said her action was “about doing all we can to ensure our children can return to schools next week”, with pupils due to return to education in Scotland on 11 August.

“Acting now, we judge, gives us the time and the space to protect the ability of our young people to return to education,” she added.

Across Scotland, Ms Sturgeon said 18,781 people had now tested positive for coronavirus, up by 64 from 18,717 the day before.

There have been no new COVID-19 deaths recorded in Scotland for the 20th day in a row.