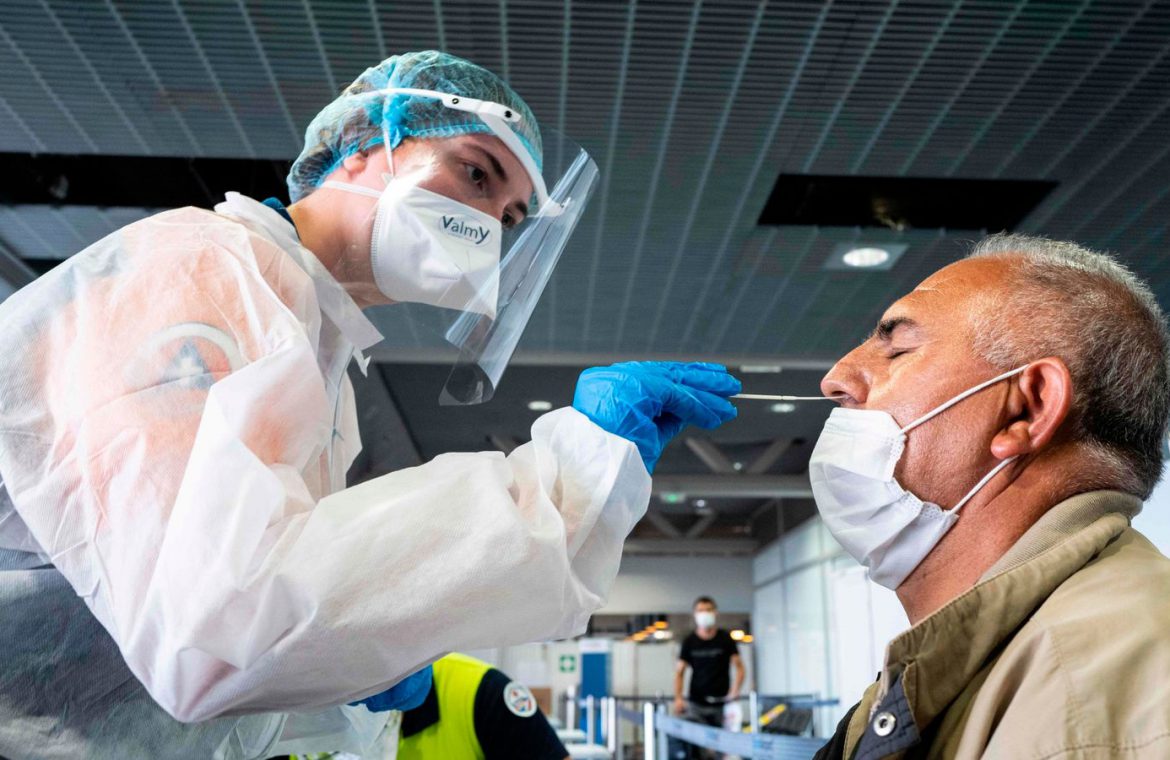 France and Spain have both reported large daily rises in coronavirus cases amid fears that parts of Europe could be hit by a second wave later in the year.

The UK government is currently advising against all but essential travel to Spain, including the Balearic and Canary Islands where infection rates are lower than on the mainland, and anybody coming back from the country is having to quarantine for two weeks.

But France is on an exemption list of nations which are deemed safe for Britons to travel to – and no self-isolation is required for them on their return home.

Image:
The UK government is currently advising against all but essential travel to Spain

Meanwhile in Spain, 1,772 new coronavirus infections were announced on Wednesday.

It marked the biggest jump in cases since a national lockdown was lifted in June.

In Germany, a doctors’ union said it was already contending with a second wave amid a disregard for social-distancing guidelines that risked squandering the nation’s early success in containing the virus.

The French government’s top scientific body said of the crisis in its country: “The situation is precarious. We could at any moment tip into a scenario that is less under control, like in Spain.

“It is highly likely that we will experience a second epidemic wave this autumn or winter.”

The city hall in Paris is in talks with the government to come up with a list of neighbourhoods where a mask rule should be enforced.

City officials want it to include shopping streets, the banks of the River Seine and parks and gardens, Le Monde reported.

The resurgence in Spain has prompted some regions to impose fresh restrictions on movement, making masks obligatory at all times outside the home and closing nightclubs again due to links to outbreaks.

Navarra, Aragon and Catalonia have registered more than 120 cases per 100,000 inhabitants over a 14-day period.

Health clinics are trying to screen and isolate new infections, which are taking place mostly among the young, who in Spain and countries across the world are often ignoring social distancing, and the middle-aged.

Don't Miss it Houston man charged with using COVID-19 relief funds to buy Lamborghini — one week after Florida man was charged for the same crime
Up Next 4 temporary foreign workers in N.B. test positive for COVID-19