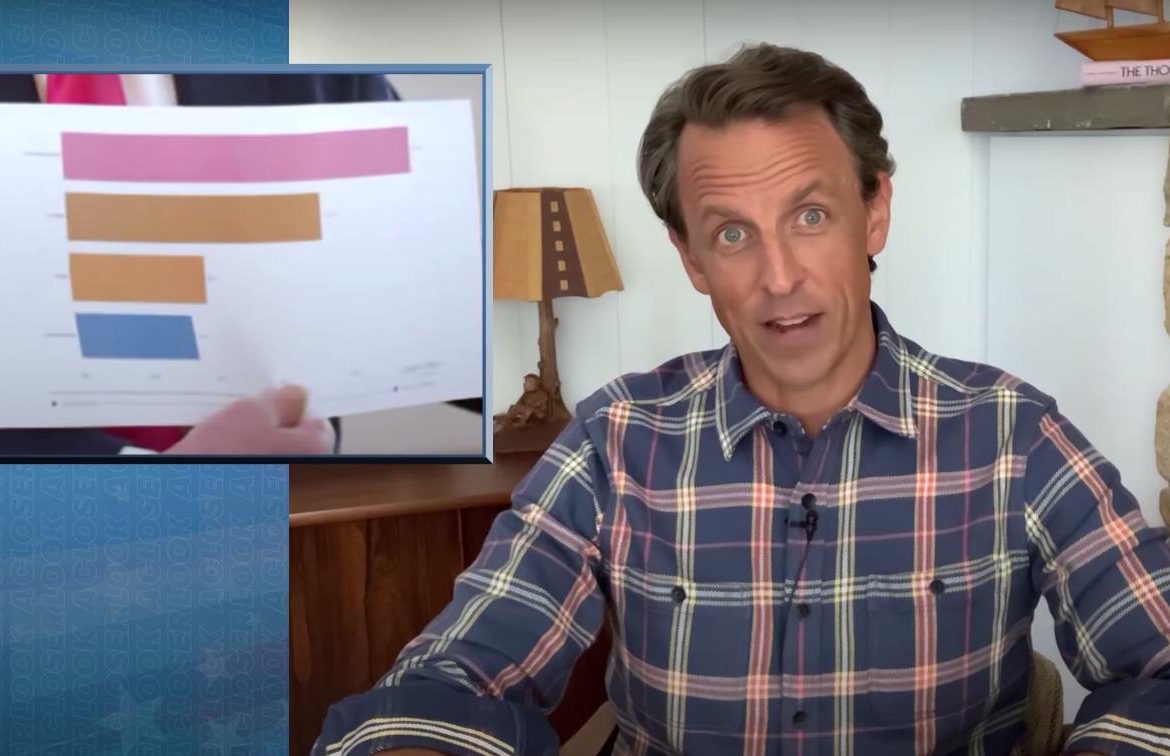 There have been plenty of hilarious reactions to Donald Trump’s ridiculous interview with Axios’ Jonathan Swan in the 48 hours since it first aired on HBO. But Seth Meyers may have had the funniest riff to date on Wednesday night in response to the colorful chart the president held up to make his case that he was doing a good job on the coronavirus.

“You just knew this interview was going to be insane from the get-go, even before Trump sat down when he walked into the room holding a stack of papers,” the Late Night host said. “You knew it was going to be batshit crazy,” he added, joking that “loose paper projects strength.”

“Those printouts were like the Chekhov’s gun of the interview,” Meyers said. “You were just waiting for them to make an appearance, and when they did it was somehow worse than you were expecting.”

After Swan brought up the rise in COVID-19 deaths across the United States, Trump said, “If you look at death…” and pulled out a chart that he claimed showed that America was “lower than the world” in “numerous categories.” An exasperated Swan replied, “Lower than the world? What does that mean? In what?”

“OK, there is so much to unpack here obviously,” Meyers said when the clip finally ended. “But my first thought is, generally speaking, when you’re the president reaching for a piece of paper, saying to an interviewer, ‘If you look at death,’ that’s not a great place to be.”

Then, zooming in on the graph in question, which featured comically large, brightly-colored bars, he asked, “What is this chart? This is the fakest-ass-looking chart I’ve ever seen. It’s just four random bars with different colors. Is this the printer test sheet?” He imagined Trump saying, “As you can see, we’re doing great with Cyan.”

Meyers wasn’t done: “This looks like a prop they’d give a fourth-grader playing a businessman in a school play. I’m pretty sure this is what George Costanza handed out when he gave everyone donations to the Human Fund.”

But the “craziest part” of the whole thing, the host continued, is that Trump “couldn’t even remember his own bullshit” when it came time to use the chart to bolster his argument. “That’s how fried his brain is,” he said. “He wanted to say our case fatality rate is the lowest in the world, which would be wrong and misleading anyway, but he couldn’t even remember that.”

When the time finally came, Meyers said Trump just “froze like a fifth-grader who got the word ‘milieu’ in a spelling bee.”

For more, listen and subscribe to The Last Laugh podcast. 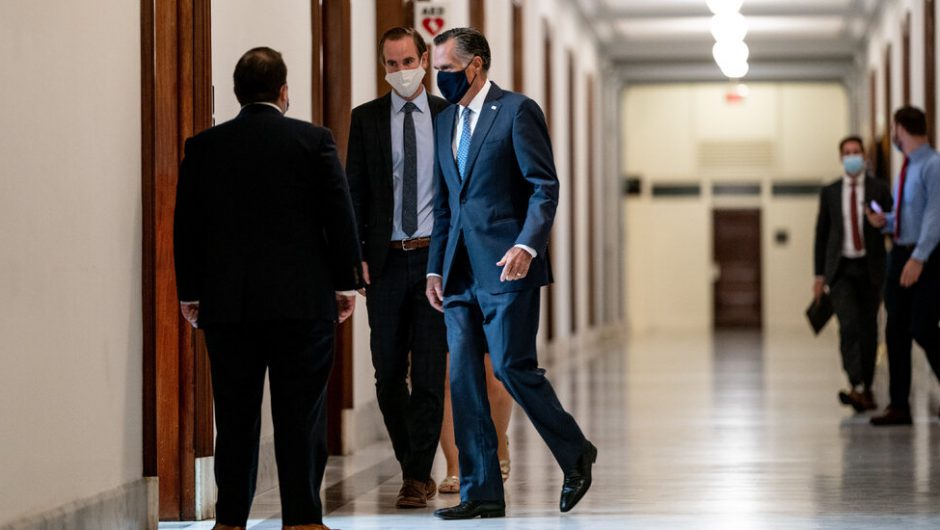 Here’s what you need to know:Senator Mitt Romney, a Republican who has broken with the president in the past, had…

Coronavirus News LIVE: India reported over 1 lakh coronavirus recoveries in a single-day for the first time, improving the…