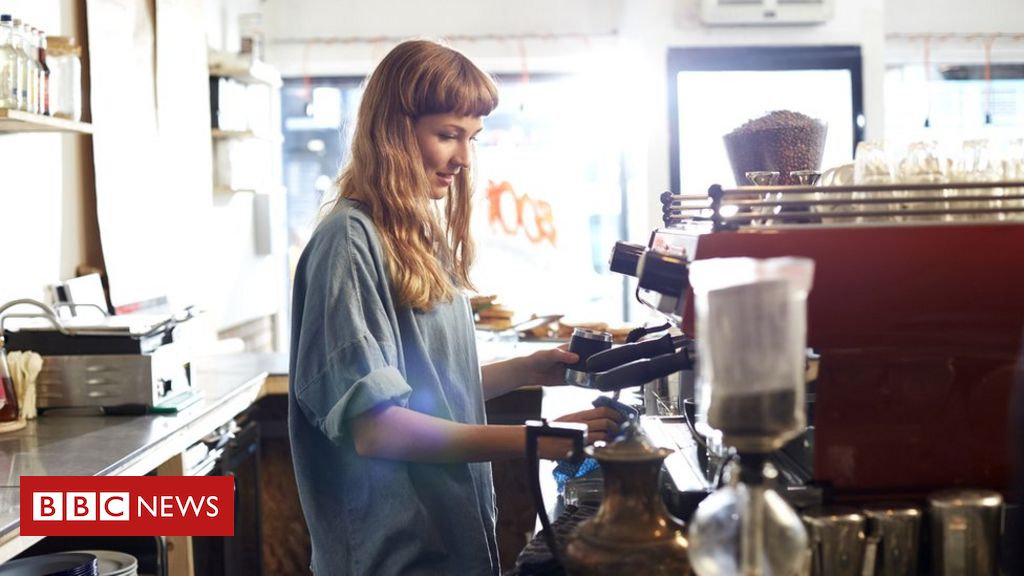 More than £12.3bn was given to local authorities to pass on to eligible small businesses across England

Emergency coronavirus funding for firms will go back to the Treasury at the end of the month if it is not claimed, business leaders have said.

Four months after £12bn was released to help them through the coronavirus pandemic, £1.5bn is unclaimed.

The Federation of Small Businesses (FSB) warned the money was sitting in councils’ bank accounts.

The government said it was working with councils to reach eligible businesses.

Emergency grants for businesses in England were announced on 17 March.

A month after the schemes launched nearly 500,000 businesses had received a grant

Lump sums of £10,000, through the Small Business Grant Fund, and £25,000 through the Retail, Hospitality and Leisure Grant Fund, were intended to help businesses’ cash flows during the coronavirus pandemic.

The figures suggest more than one in five businesses in areas such as Wealden, South Lakeland and South Somerset have not claimed grants.

Of the 314 English councils distributing the money, 291 have at least one business entitled to support that has not received it.

The figures also suggest there are 24 authorities that paid out more than they were allocated. Westminster City Council paid £17m more than it was allocated.

Mike Cherry, chairman of the Federation of Small Businesses, urged firms to apply for the grant funding, but added it should not be returned to the government if it was not claimed by the deadline.

“There are many small businesses who aren’t eligible, so the government should widen the criteria to those on the periphery,” he said.

He added the money would be a “Godsend” for businesses left out by the “restrictive criteria” for the grant, such as firms in supply chains to other small ventures.

‘Sitting in the council’s bank’

Wirral Council held £14.7m of unspent funding as of the end of July.

Councillor Ian Lewis said: “From my discussions with business owners and shopkeepers in Wallasey, some do not realise that this is a grant, not a loan, so it doesn’t have to be repaid. Even businesses that were able to stay open are eligible.

“It would be tragic if businesses close or jobs are lost because they do not apply for this money – it’s literally sitting in the council’s bank waiting to be claimed.”

Places like shops, live music venues, gyms or hotels are eligible for grants, and many others

Businesses can apply for one of the following funds:

For the small businesses grant they must be based in England, occupy property for business use and have been eligible for relief on various rates by 11 March 2020.To access the retail, hospitality and leisure grant the business must be mainly used as a venue for hospitality, retail or leisure. Some charities can also apply.

Brent Council in London said it was telling businesses in “any way we can” about the grants, as the borough did not want to hand back any of its £4.5m remaining funds to the government.

Councillor Shama Tatler said it was “a surprise” the government was looking to “end the schemes and demand the money back”, before all eligible businesses had been contacted.

“We now even have a team of officers physically knocking on people’s doors and urging them to claim before the deadline,” she said.

A spokesman for the Department for Business, Energy and Industrial Strategy said: “We are working with local councils to ensure funds get to as many eligible small business owners as possible.

“Businesses that are eligible but have not yet received grant funding should speak to their local council as soon as possible.”