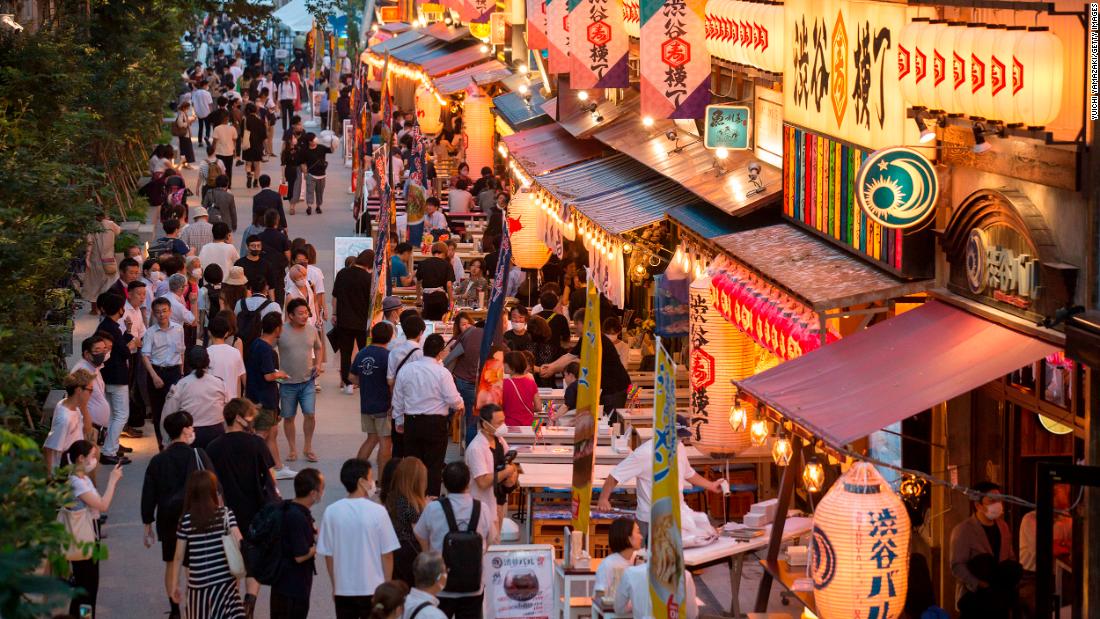 “Yes, we should listen to the government,” Sato said. “But we all have our own situations, we cannot always swallow whatever the government says. We cannot survive without working, we cannot stop going out altogether.”

This increasing sense of dissatisfaction with the government’s response to the virus comes as Japan appears to be on the brink of another major Covid-19 outbreak. For the past 12 days, the Health Ministry has recorded more than 900 daily infections and Friday marked a new daily high of 1,601 new cases nationwide.

To date, the country has confirmed more than 46,000 cases since the pandemic began, more than half of which have been identified since July. At least 1,062 people have died.

Many of those cases are in Tokyo, the world’s most populous city, where fears persist that an untraceable outbreak could quickly spiral out of control. For most of May and June, Tokyo managed to contain the number of new cases to fewer than 100 each day. But cases have steadily increased since then, hitting a single-day high of 472 new infections on August 1. To date, more than 15,000 cases of Covid-19 have been identified in the Japanese capital.

No new state of emergency

Authorities in Tokyo are convinced that many of the city’s infections are happening when people go out at night, so they have requested restaurants and bars that serve alcohol to close at 10 p.m. to mitigate the risk of contracting the virus indoors.

The government has also made a substantial financial commitment to battling the virus’ impact on people’s livelihoods, pumping more than $2 trillion into the economy to help stave off a collapse.

Prime Minister Shinzo Abe said Thursday he would not call for a state of emergency despite the fact that more infections are being identified now than during the first state of emergency in April, which lasted for nearly seven weeks.

“The situation is very different from that time,” he said. “We are not in a situation where a state of emergency needs to be issued immediately, but we will keep close eyes on it with a high sense of alert.”

But critics like 21-year-old university student Soma IIzuka accuse Abe of shying away from leadership at a time when it’s needed most.

“He should not think only about pushing the economy,” Ilzuka said. “If he (Abe) wants to keep the infection low and kick start the economy, it is necessary to provide compensation (for people stuck at home).”

People like Sato and Ilzuka say leaders need to either do more to focus on people’s livelihoods and personal happiness — or abandon half-measures and go all-in on a lockdown.

Many also argue the government is incredibly out of touch, pointing to a plan to spend $16 billion on travel subsidies to revive the tourism industry — at a time when cities across the country are struggling with a rising number of infections.

Those in the hospitality industry now face a tough choice: buck the government’s 10 p.m. closure request to stay alive — a potential health risk to customers and staff — or follow the official advice and eat the loss in sales, even if it proves fatal to the business.

Tokuharu Hirayama has kept his restaurant open throughout the pandemic. But the losses have been devastating. Sales slumped 95% in April compared to March, and though things bounced back slightly, business was down again in July. Hiryama was forced to furlough most of his employees, and some days he works the store alone, making deliveries on the side to help cover costs.

Hirayama is going to comply with the 10 p.m. request, he said, essentially due to peer pressure: neighboring restaurants and bars are doing so.

“Around here, people are very sensitive as to what others around them are thinking,” he said. “I didn’t think it would be worth it to put up a fight.”

Hasegawa is the founder and CEO of Global-Dining, which owns about 40 restaurants and stores in Japan. He’s known in the industry as a risk-taking restauranteur and is widely admired for giving his employees a lot of freedom and autonomy — and then encouraging then to go independent once they gain experience at his company.

Hasegawa said the pandemic has been a “catastrophe” for his business, which only survived because it was in good enough shape to receive a government loan to stay afloat.

Like many other business owners, Hasegawa said he has applied to several loan programs that state-affiliated and private financial institutions offered as part of the government’s economic relief package.

He doesn’t think the new government regulations to close at 10 p.m. are fair. The virus is not any more infectious from 10 p.m. to midnight, when the bar would have closed, Hasegawa said, so why not let customers decide?

“Luckily or unluckily, I was born a rebel,” he said. “I don’t like that in Japanese culture, they expect you to obey … we have a brain to think (for ourselves),” said Hasegawa, who plans to keep his restaurant open until midnight.

Living with the virus

Hasegawa’s comments on obedience refer to a Japanese cultural norm known as jishuku, which translates to self-restraint. The belief is that ostentatious behavior is in poor taste during a time of national crisis, and it’s a mantra that was repeatedly used after the 2011 earthquake and Fukushima nuclear disaster.

While Japanese culture may have a reputation as rule-abiding to the point of inflexible, it’s important not to paint the entire society with such a broad brush, according to Kyle Cleveland, the director of the Institute of Contemporary Asian Studies at Temple University in Tokyo.

“We should be cautious about overgeneralizing from this, and kind of defining culture in an orientalist kind of way in which we’re thinking that there’s something really qualitatively different about Japan compared to other Asian countries,” he said.

“If you look at countries like Singapore, Taiwan, South Korea, Thailand they also have relatively low case rates, as does Japan. The common characteristic that these various societies have is that they follow the rules. The rules govern societies.”

Cleveland doesn’t believe that this apparent defiance and anger with the government proves that jishuku is suddenly losing its place in Japanese culture. Rather, he says it may just be that people are evolving to live with the virus and are more willing to accept the risks it poses.

“It’s not like jishuku existed a month ago, now it doesn’t,” he said. “(People) are still practicing social distancing and they’re wearing masks and things like this, but they’re realizing that they have to have a balance between financial obligations and also just quality of life and so as a result they’re starting to get out into the society.” 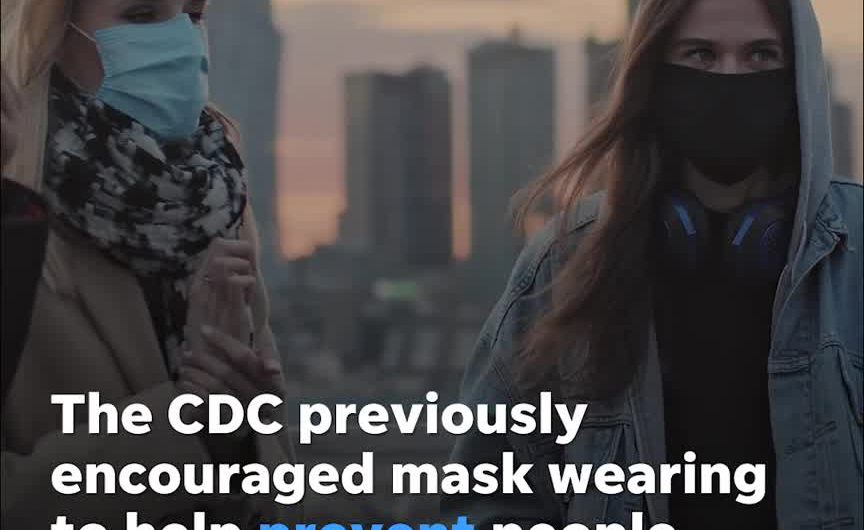 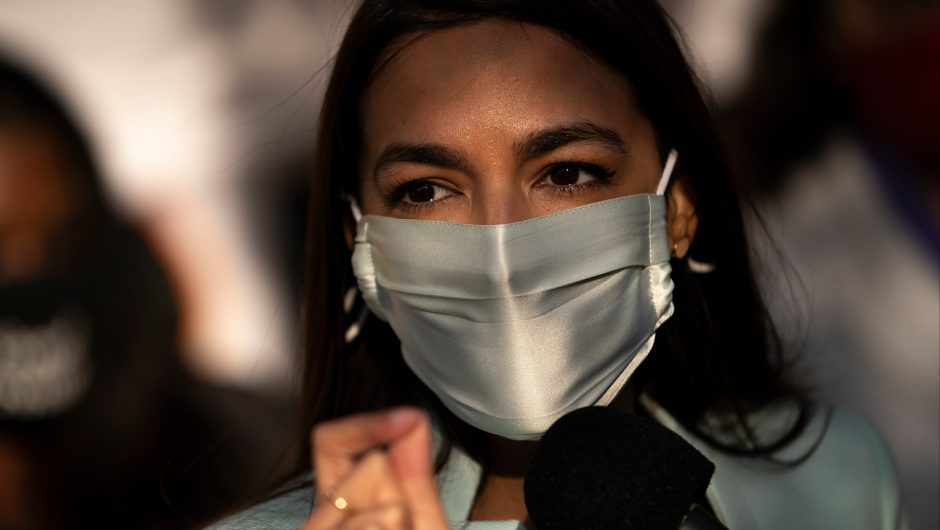 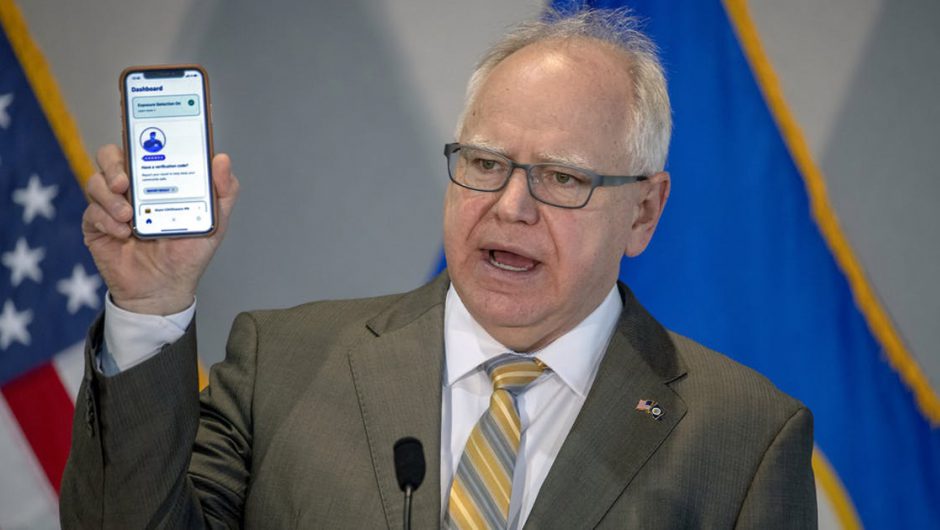