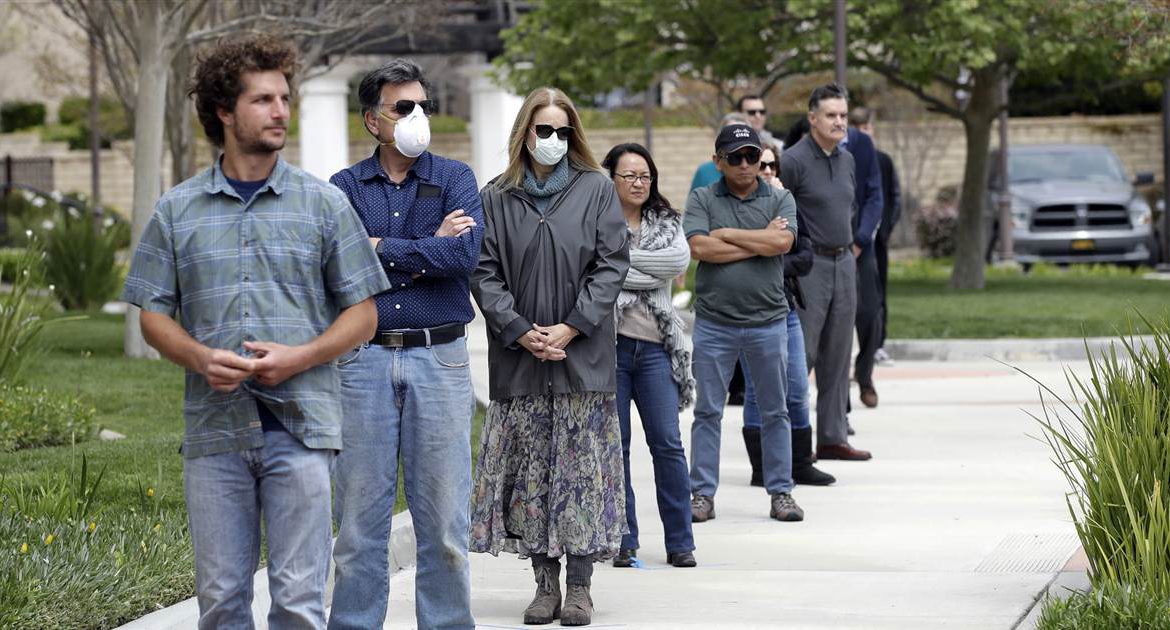 A pastor in California is threatening to defy a court order barring indoor services at his church while Georgia reports that a 7-year-old has become the youngest person in the state to die from the coronavirus.

Pastor Rob McCoy of the Godspeak Calvary Chapel in Newbury Park, about 45 miles northwest of downtown Los Angeles, said in a livestream broadcast on the church’s YouTube page Friday night that he “will be violating” a court order.

The temporary restraining order by a Ventura County judge prohibits McCoy from offering indoor services at his church or any other indoor venue in the county until Aug. 31.

McCoy could still host a service outdoors, according to the order. But he said during the livestream that there are no public parks big enough to accommodate 1,500 congregants.

He also cited safety concerns around threats made to churchgoers during the pandemic and a church staff member’s allergy to sunlight as reasons why would violate the order this weekend.

California has seen an uptick in coronavirus deaths, even though the the number of new cases has declined slightly over the past two weeks, according to an NBC News tally. The state reported 8,436 new cases of the virus Thursday, bringing its total to 538,416. Over 10,000 people have been killed by the virus, according to state data.

In Ventura County, there has been a total of 8,245 coronavirus cases and 82 deaths as of Friday, according to county data.

Georgia officials announced this week that the virus killed a 7-year-old African American boy, the youngest person yet to die from COVID-19 in the state.

The grim news came a day before the Centers for Disease Control and Prevention reported Friday that Black and Hispanic children are disproportionately affected by COVID-19.

The boy had attended a local church where he came into contact with two elderly people who had tested positive for the virus, and who have since died, Chatham County Coroner Dr. Bill Wessinger told NBC affiliate WSAV in Savannah.

The child had no underlying health condition and had a seizure in the shower before being rushed to an emergency room, the coroner said. He later died at the hospital.

“Every COVID-19 death we report is tragic, but to lose someone so young is especially heart-breaking,” Dr. Lawton Davis, director of the coastal health district in Georgia, said in a statement.

“We know that older individuals and those with underlying conditions are at higher risk of complications, but this is a disease everyone should take seriously,” he said.

Gov. Brian Kemp said in a statement, “This child’s death is absolutely tragic, and we are praying for their loved ones in this difficult time.”

Georgia has had a total of 209,004 positive coronavirus cases and 1,969 deaths, according to state data.

Residents from the small city of Sturgis in South Dakota are dealing with what could be one of the largest public gatherings in the U.S. since the start of the pandemic as thousands of bikers arrived for the annual Sturgis Motorcycle Rally, a 10-day gathering.

Those attending the rally are encouraged, but not required, to wear face masks. The governor of South Dakota has never issued a stay-at-home order or mask mandate for the state.

As of Saturday morning, South Dakota reported a total of 9,371 confirmed coronavirus cases, with 144 deaths, according to the state Department of Health website.

The coronavirus has claimed the lives of more than 162,000 people in the United States since the end of February. New York, New Jersey and California have seen the most deaths. Coronavirus cases nationwide surpassed 5 million on Saturday, according to NBC News’ tally.

Nicole Acevedo is a reporter for NBC News Digital. She reports, writes and produces stories for NBC Latino and NBCNews.com.

Don't Miss it The Virus: latest developments on COVID-19 for 3 April | ABC News
Up Next Coronavirus: Brazil passes 100,000 deaths as outbreak shows no sign of easing