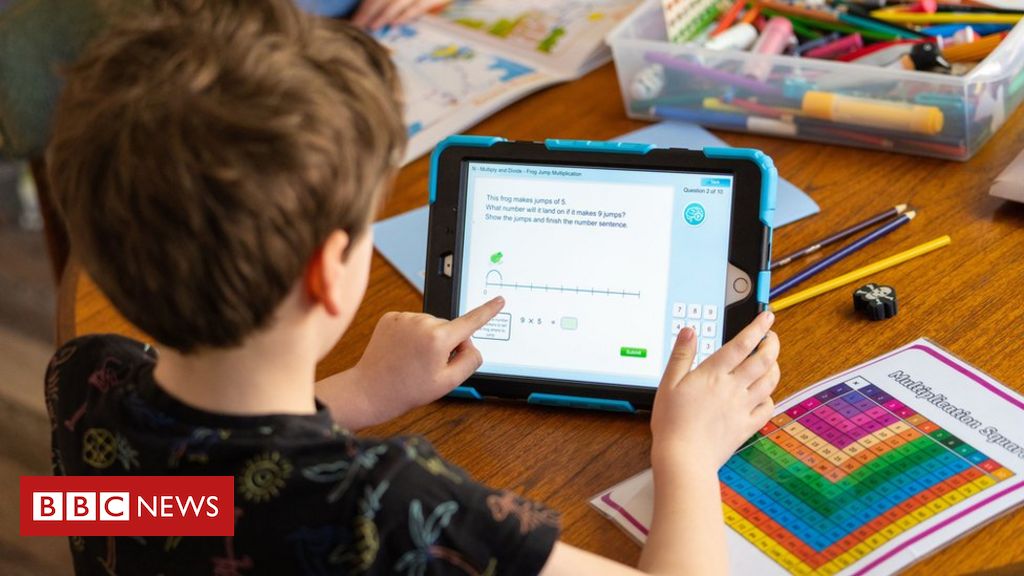 There is a “moral duty” to get all children back into schools in England next month, Prime Minister Boris Johnson has said.

Writing in the Mail on Sunday, he said it was the “national priority” after months without in-person education during the coronavirus pandemic.

Government advisers have warned of risks in the plans to open up society.

The PM is understood to have made clear that schools should be the last sector to shut in any future local lockdowns.

A Downing Street source said Mr Johnson believes the harm being done to children’s education prospects and mental health by not attending school is far more damaging than the risk posed to them by the virus.

Schools across the UK have been closed to all but vulnerable children and those of critical workers since March and the current plan is for most children across the country to be back in class by next month.

Guidance on reopening has been published for England. There are also separate plans for Wales, Northern Ireland and also Scotland, where schools are scheduled to return on Tuesday.

In his article, Mr Johnson said: “This pandemic isn’t over, and the last thing any of us can afford to do is become complacent.

“But now that we know enough to reopen schools to all pupils safely, we have a moral duty to do so.”

The prime minister also warned of the “spiralling economic costs” of parents and carers being unable to work.

He added: “Keeping our schools closed a moment longer than absolutely necessary is socially intolerable, economically unsustainable and morally indefensible.”

Mr Johnson’s comments comes after the children’s commissioner for England, Anne Longfield, said the reopening of schools “should be prioritised”, and criticised ministers for treating children “as an afterthought” during the crisis.

Schools minister Nick Gibb said this week that the government could not “decree” that classroom education would be prioritised, as decisions would be made by local health chiefs.

However, he told the BBC all children in England would be returning to school next month, including in those areas currently affected by local lockdowns, amid a spike in cases. These include Preston, Greater Manchester, Leicester and parts of east Lancashire and West Yorkshire, where measures focussing on restricting social interaction between households have been put in place.

But the No 10 source said in the event of future stricter local lockdowns, Mr Johnson’s expectation is that schools would be the last sector to be closed, after businesses like shops and pubs.

Preston has seen a rise in positive tests for coronavirus

Rises in cases in a number of areas across England prompted the prime minister to pause the easing of the lockdown nationally last month.

Speaking at the time, Prof Chris Whitty, the chief medical officer for England, warned the nation had “probably reached near the limit or the limits” of what can be done to reopen society safely.

“What that means, potentially, is if we wish to do more things in the future we may have to do less of some other things,” he said.

Prof Neil Ferguson, a former member of the government’s scientific advisory group, Sage, whose modelling led to the decision to impose the lockdown, also suggested ministers would need to “row back on the relaxation of restrictions” to allow a full-time return to schools and keep the virus under control.

Meanwhile. Mayor of Greater Manchester, Andy Burnham, said the government needed to improve its test and trace system or consider closing pubs ahead of schools reopening.

He told BBC Radio 5 Live’s Stephen Nolan: “If we were seeing cases go up again, then yes, absolutely, pubs would be the first thing that I would say would have to close… I think there is a growing amount of evidence that pubs are one of the main places where this virus spreads.”

Elsewhere, Labour has called on the government to halt a “jobs bonfire” by giving targeted assistance to industries and businesses still shut down by the pandemic.

Bowling alleys, casinos and beauty salons were among the businesses that were prevented from reopening at the end of last month, for at least a fortnight.

Shadow business minister Lucy Powell said it was “clearly illogical and unfair” to prevent some firms reopening while winding up the job retention scheme.

On Saturday, the UK reported a further 55 people had died after testing positive for coronavirus, taking the total to 46,566. A further 758 people tested positive for Covid-19.

Are you a parent of a child due to return to school in the Autumn? Share your experiences by emailing haveyoursay@bbc.co.uk.

Don't Miss it Coronavirus: Europe at the epicentre of the pandemic – BBC News
Up Next Fewer babies are being born premature during COVID-19