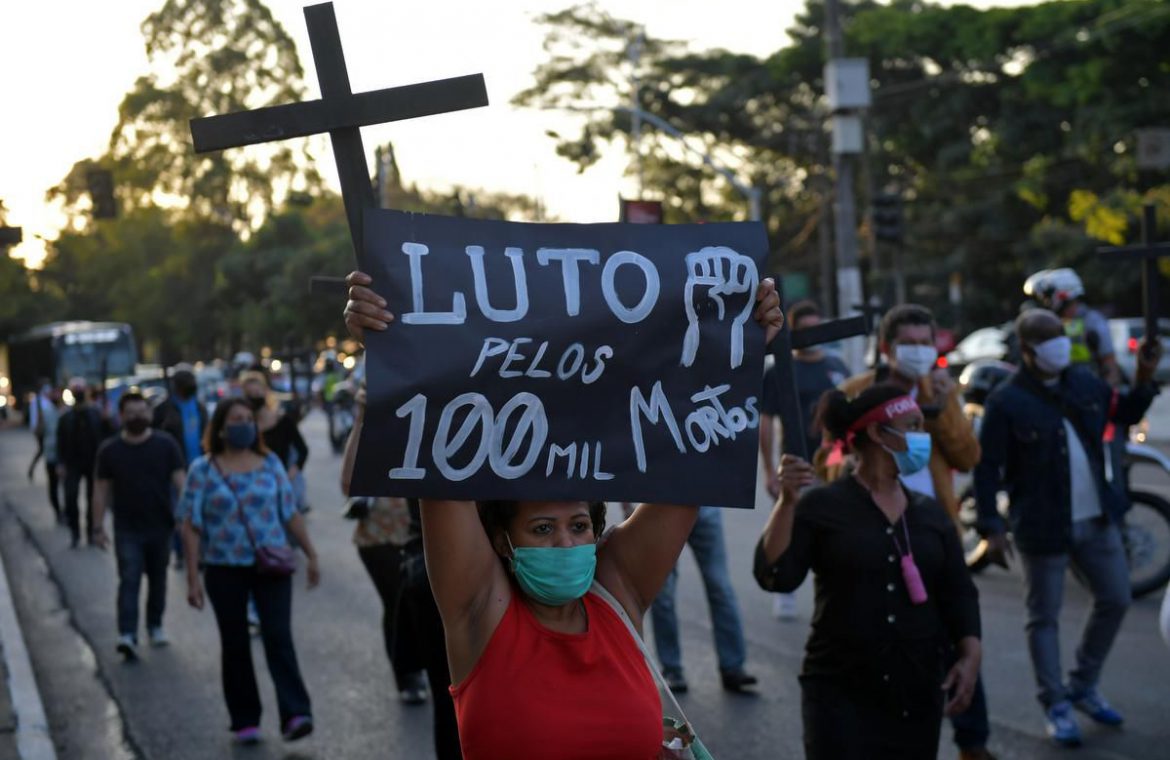 8:51 a.m.: U.S. President Donald Trump has bypassed the nation’s lawmakers as he claimed the authority to defer payroll taxes and replace an expired unemployment benefit with a lower amount after negotiations with Congress on a new coronavirus rescue package collapsed.

Trump’s orders on Saturday encroached on Congress’ control of federal spending and seemed likely to be met with legal challenges. The president cast his actions as necessary given that lawmakers have been unable to reach an agreement to plunge more money into the stumbling economy, which has imperiled his November reelection.

8:18 a.m.: The Ohio governor’s positive, then negative, tests for COVID-19 have provided fuel for skeptics of government pandemic mandates and critics of his often-aggressive polices.

“I’m sure the Internet is lighting up with ‘Well, you can’t believe any test,’ ” Mike DeWine said in a WCOL radio interview Friday, after a whirlwind of events the day before when the initial positive showing forced the Republican to scrub a planned meeting with President Donald Trump.

The conflicting results come as Americans have grown frustrated about access to testing and by slow results.

8:12 a.m.: As Germany’s 16 states start sending millions of children back to school in the middle of the global coronavirus pandemic, the country’s famous sense of “Ordnung,” or order, has given way to uncertainty, with a hodgepodge of regional regulations that officials acknowledge may or may not work.

“There can’t, and never will be 100% certainty,” said Torsten Kuehne, the official in charge of schools in Pankow, Berlin’s most populous district where 45,000 students go back to school Monday. “We are trying to minimize the risk as much as possible.”

Germany has won plaudits for managing to slow the spread of the coronavirus quickly, efficiently and early, but the opening of schools is proving a new challenge as the country struggles to balance the concerns of anxious parents and children, skeptical scientists, worried teachers and overtaxed administrators.

6:16 a.m.: The prospect of starvation looms for carriage horses and other animals normally used in Morocco’s tourist mecca. Visitors have vanished during the coronavirus pandemic.

The Society for the Protection of Animals Abroad, or SPANA, says hundreds of Morocco’s carriage horses and donkeys are threatened amid the collapsing tourism industry. They are among the estimated 200 million horses, donkeys, camels and elephants worldwide providing various livelihoods for over a half-billion people.

8:14 p.m.: Brazil topped 3 million coronavirus infections as the disease flares up in parts of the country it had spared, spreading misery from the beaches of Bahia to the soybean fields of the vast interior.

The milestone comes less than a month after Brazil hit the 2 million-case mark and as the disease sweeps into more remote regions were access to health care was precarious even before the pandemic. So even as the virus recedes in some of the locations where it first hit —richer, densely populated urban centers like Sao Paulo —the country’s curve has yet to flatten.

The country reported 49,970 new cases Saturday and added 905 new deaths, bringing with the total fatality count to more than 100,000.

Don't Miss it Record 7 lakh Covid-19 tests conducted in a day; recovery rate rises to 68.78%: Health ministry | India News
Up Next 97,000 children reportedly test positive for COVID-19 as schools gear up for instruction