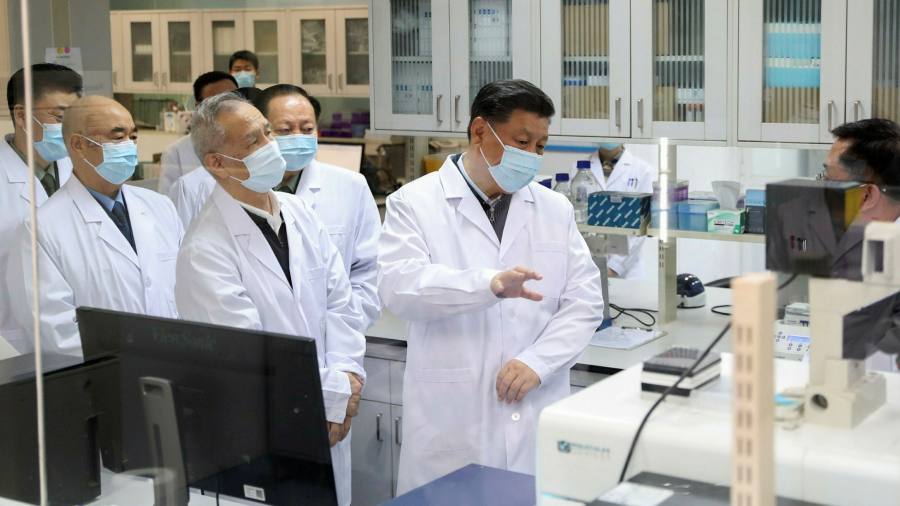 While governments around the world are planning to give the first doses of a proven Covid-19 vaccine to healthcare workers who are most exposed to the virus, China is prioritising people on a different frontline: the military.

CanSino Biologics, a Chinese vaccine maker that has announced several sets of positive trial results, is already providing a vaccine to People’s Liberation Army soldiers, even though safety testing for commercial sale of the product is not yet complete.

The decision has set the country apart in the frantic global race for a vaccine — and highlighted the central part played by the PLA in broader attempts to vanquish Covid-19.

Efforts to combine military and civilian technologies are longstanding in China, but they have become more pronounced under President Xi Jinping. He has driven a campaign of “military-civil fusion” and coronavirus has become an accelerant.

Adam Ni, a director at the China Policy Centre, a research group in Canberra, said the military’s advanced medical research in areas with a military application, such as contagious diseases and biological weapons, made it a natural resource for Chinese leaders to tap. “The PLA has done a lot during the pandemic,” he said.

At the fulcrum of co-operation is CanSino, a Tianjin-based group whose share price is up more than 350 per cent since the start of 2020 thanks to its vaccine work.

Founded in 2009, the Hong Kong-listed company has kept up with, and occasionally outpaced, global rivals that are developing and testing their own vaccines — including Boston-based Moderna; a partnership between Pfizer and Germany’s BioNTech; another German group CureVac; and an AstraZeneca project with Oxford university.

In March, CanSino became the first company in the world to begin clinical trials of a vaccine based on an adenovirus, one that uses a chemically weakened common cold to carry genes from the new coronavirus into the body, thus stimulating an immune response.

Key to CanSino’s vaccine development research is Chen Wei, head of the Academy of Military Medical Sciences and one of China’s leading epidemiologists.

Dr Chen’s research has been the subject of multiple glowing reports in Chinese state media that praise her work ethic and efficiency.

“Having vaccines made with independent intellectual property [advance to] clinical trials is an embodiment of our nation’s technological progress,” she told the official Xinhua News Agency in May.

Dr Chen does not have an official role at CanSino but has previously worked with the company to develop an Ebola vaccine that was manufactured and stored by the Chinese state. Although it was never widely distributed, the vaccine was given to Chinese peacekeeping troops in the Democratic Republic of Congo, according to Chinese media reports.

CanSino’s vaccine is the most promising of the PLA initiatives, but not the only one.

Eight out of 21 vaccines identified by the World Health Organization as currently undergoing clinical trials are being developed by Chinese companies. PLA research institutes have played a leading role in two of these initiatives, while others involve individual PLA researchers.

A second vaccine developed by the Chinese military, alongside Suzhou Abogen Biosciences and Walvax Biotechnology, was approved for clinical trial at the end of June. It is based on a different technique, using messenger RNA, which carries coronavirus genes directly into patients rather than using another virus to transmit them.

No other country has said it is providing prototype vaccines to soldiers. But China does not have a monopoly on medical-military collaboration.

The efforts of the PLA have been inspired in part by the US, where the military’s Defense Advanced Research Projects Agency undertakes cutting-edge research and is working on a variety of Covid-19 diagnostics and vaccines to help military personnel as well the wider population. The US Department of Defense, along with the Department of Health and Human Services, is also working with Johnson & Johnson on the large-scale manufacturing and delivery of its Covid-19 vaccine candidate.

A manufacturing facility of CanSino Biologics in Tianjin, China © Reuters

China does not release a breakdown of how much of its military budget goes towards scientific research, but it has in recent years made efforts to increase the number of scientists in its ranks.

In 2018, for the first time ever, the PLA hired 157 civilian researchers. This year the number of positions open to non-military researchers has grown to 741, according to research from the International Institute for Strategic Studies, a British think-tank.

Last month CanSino Bio published positive results from phase two tests for its coronavirus vaccine involving 508 civilian participants from Wuhan. The study, published in the Lancet journal, found that the vaccine significantly increased antibodies against coronavirus in the vast majority of those who took it. The authors also concluded it was safe, with only 9 per cent of high dose participants reporting severe adverse effects, primarily fever, fatigue and injection site pain.

Video: Coronavirus: the global race for a vaccine | FT Interview

Qiu Dongxu, executive director of CanSino, said in early July that the company was in talks with Russia, Brazil, Chile and Saudi Arabia about launching a phase three trial, although no deal has yet been announced. CanSino declined to comment on its research efforts or trial results.

The adenovirus vector method “is not something that is without safety concerns”, said Jin Dong-yan, a virologist at the University of Hong Kong, pointing to a famous 1999 case of gene therapy treatment using an adenovirus vector that ended in death.

“Pre-existing immunity against the Ad5 [the human adenovirus used by CanSino] would hamper the vaccine’s ability to produce antibodies,” he added, saying that he thought inactive vaccines were a better option.

The Oxford-AstraZeneca vaccine uses a chimpanzee adenovirus to reduce the risk of pre-existing immunity.

Limiting the use of CanSino’s vaccine to troops helps bolster propaganda about the PLA being willing to sacrifice themselves for the nation, said Mr Ni of China Policy Centre.

It also gives China’s leadership better control of information, he noted. “If something goes wrong, then the bad news is more easily contained.”