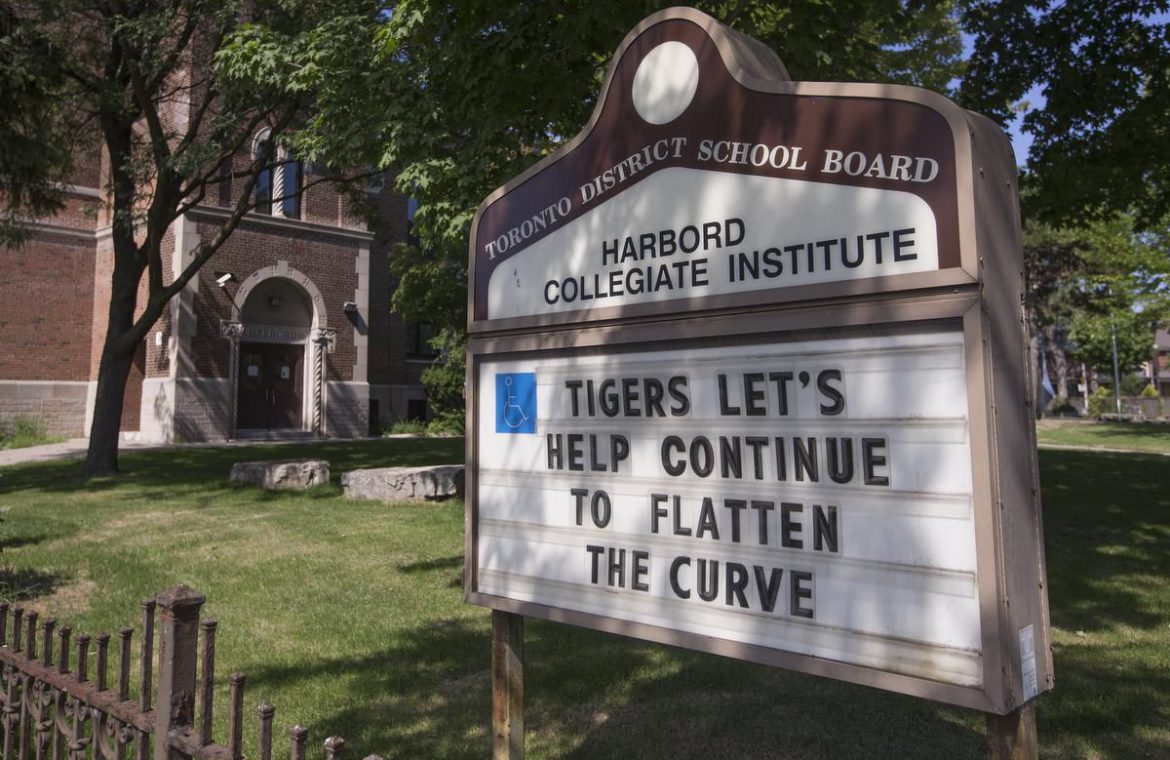 Before millions of students head back to school in a few weeks, experts at the Hospital for Sick Children will hold a much smaller dress rehearsal, hoping the lessons learned can help prepare for the real thing.

But the study is facing some backlash for being conducted at private schools, with some questioning whether it can replicate reality in the majority of classrooms across the province.

The COVID-19 Safe School Simulation will be held Aug. 19-20 in Toronto, by researchers who will examine mask use, as well as physical distancing and hand hygiene.

“It’s really trying to get a dry run of what schools are going to look like,” said Dr. Michelle Science, an infectious diseases specialist and co-principal investigator of the study, which is funded entirely by Sick Kids.

“We really recognize that everyone has a great deal of uncertainty about the return to school and we wanted to help reduce some of this uncertainty by generating evidence.”

The research team is particularly interested in looking at mask use, which will be mandatory for kids in Ontario starting in Grade 4. Researchers will film the students taking part in the study to see how they interact, destroying the film after the study wraps up. They will also use a harmless liquid that will only be visible under a special light to mimic how the virus might spread on surfaces across the classroom, replicate symptom screening, staggered schedules and physical distancing.

All participants will be tested for COVID-19 in the 24-48 hours before the simulation, and asked to quarantine after they get tested.

They’re hoping to get 240 students and 12 to 14 teachers to participate, from junior kindergarten through high school. The simulation will be held at The Bishop Strachan School and Upper Canada College. Branksome Hall and The Sterling Hall School will help with recruitment.

Organizers don’t yet know the ratio of teacher to students — it will depend on how many volunteers they get, Science said.

Class size has been a contentious issue in Ontario, with 30 students potentially in one classroom.

On Monday, the Toronto District School Board — the province’s largest — released its back to school plans. The board is also sending out a survey to parents this week asking if they plan to put their kids back in school with regular class sizes, or if they would consider doing so with smaller classes if there was provincial funding available for that.

It’s something Stephanie Davila, an elementary music teacher with the Toronto Catholic District School Board, is concerned about. She fears the study won’t have the kind of class sizes she will have to contend with come September.

“The reality of my teaching is not going to be reflected and it’s not going to be something that I’m going to look to or to reference,” said Davila, one of dozens of people on social media who called out Sick Kids on the study.

She’s also worried about the fact kids who need extra support in the classroom can’t participate, and that the results won’t reflect their needs.

Lara Donsky, a special education inclusion consultant at TDSB, said she worries the students in the study would skew privileged, as it’s being conducted at private schools. It is open to other students, and the researchers are recruiting through social media, “but there’s an equity issue,” she said.

Areas where there have been high concentrations of COVID-19, the northwest corner in Toronto, for example, have parents and kids with different circumstances, and it’s important that those kids are reflected in studies that will be used to make decisions about reopening, she added.

Donsky and others on social media noted that older public schools often have poor ventilation, some classrooms don’t even have windows that could be opened to help get fresh air in — a critical part of reducing transmission of COVID.

“If you want to use private schools fine, but balance it out with the public school system,” Donsky said.

Science said while recruitment for public school kids will be mainly over social media, she hopes parents and teachers will reach out through the email schoolsim.study@sickkids.ca.

“We are trying to recruit broadly,” she said.

“The study is really open to any GTA student who is enrolled in public or other independent schools who meet the criteria, and we’re also wanting to have teachers from both private and public schools.”

The private schools were the ones that offered the space on such a tight timeline, she said, but public school teachers have been involved in helping to set up the study. The team recognizes the “important differences” between private and public schools, but this study will look more at behaviours and not physical classrooms.

“We really needed to use space that was available to us to help ensure that we can get the results out to the public as soon as possible,” she said.

“We do realize that it is a short turnaround to conduct the study and so outreach to all of the communities might be limited.”

Due to the tight timeline, the study organizers were unable to include kids with special needs but hope this limitation can be addressed in future studies, working with the public school system.

“It is a starting point and we really hope to build on it,” Science added.

Don't Miss it Worldwide coronavirus cases surpass 20 million: Live updates | News
Up Next Citing coronavirus, US weighs more restrictions on border with Mexico that could include citizens