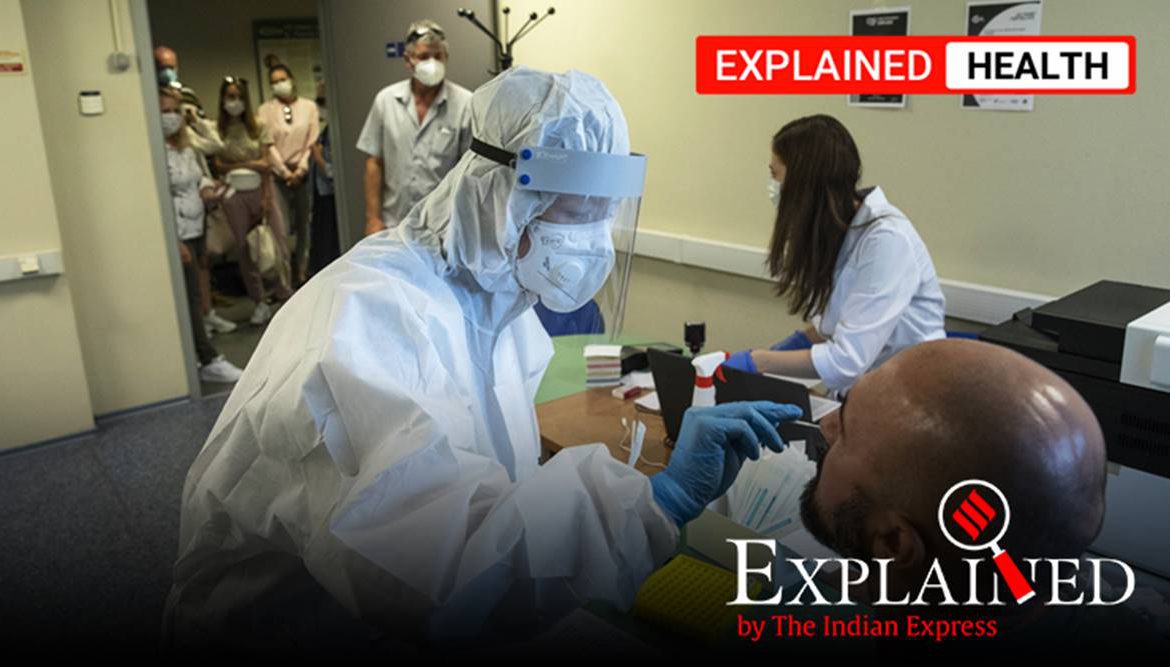 Russia Coronavirus (Covid-19) Vaccine: Nearly nine months into the Covid-19 outbreak, Russia became the first country to grant regulatory approval to a Covid-19 vaccine, dubbed “Sputnik V” (a reference to the world’s first satellite), for civilian use, President Vladimir Putin announced on Tuesday, describing it as “a very important step for the world”.

Putin said the vaccine works “quite effectively” and “forms a stable immunity” against Covid-19. Putin said that one of his daughters had tested the vaccine on herself and she was feeling well.

However, the vaccine, developed by Moscow’s Gamaleya Institute in collaboration with the country’s defence ministry, has led to scepticism regarding its safety and effectiveness since it is being approved for civilian use even before clinical trials are completed.

Last week, the World Health Organisation cautioned Russia against rushing through with its vaccine while Anthony Fauci, a top US public health expert, expressed doubts over the shots being produced in China and Russia during testifying before a panel of US lawmakers.

How does the Russian Covid-19 vaccine work?

Russia’s vaccine is based on the DNA of a SARS-CoV-2 type adenovirus, a common cold virus. The vaccine uses the weakened virus to deliver small parts of a pathogen and stimulate an immune response. Speaking to Sputnik News, Alexander Gintsburg, director of the Gamaleya National Research Centre, maintained that the coronavirus particles in the vaccine cannot harm the body as they cannot multiply.

Russian President Vladimir Putin said a coronavirus vaccine developed in the country has been registered for use. (AP)
What have the vaccine trial results shown?

So far, Russia has only made public the results of phase-I of the clinical trials, which they claimed were successful and produced the desired immune response. In mid-July, Russia’s TASS news agency said the Defence Ministry had claimed that none of the volunteers had reported any complaints and experienced no side-effects.

Phase I human trials started on June 17 among 76 volunteers, with most being recruited from the military. Half were injected with a vaccine in liquid form and the other half with a vaccine that came as soluble powder.

According to the news report, the phase-II trials were started on July 13. On August 3, Russian media reported that Gamaleya Institute had completed clinical trials. The reports, however, did not specify whether all the three stages of clinical trials were over, or only stage-II was completed. Phase II trials usually take a few months to be completed.

Interestingly, Russia had earlier indicated that Phase III human trials, where a candidate vaccine is tested on tens of thousands of people for its effectiveness in real-life situations, will be completed after the shot received regulatory approval.

In this photo provided by the Russian Defense Ministry, medical workers in protective gear prepare to draw blood from volunteers participating in a trial of a coronavirus vaccine at the Budenko Main Military Hospital (AP)
When will the Russian vaccine hit the market? Who will receive first?

According to an AP report, Deputy Prime Minister Tatyana Golikova has promised to start “industrial production” of the Gam-COVID-Vac Lyo vaccine in September. However, the website of the State Register of Pharmaceuticals showed the vaccine would appear in circulation starting on January 1, 2021. “Date of introduction to the civilian circulation – 01.01.2021,” the site noted.

Russia’s health minister said members of “risk groups” such as medical workers might be offered the vaccine this month and a mass vaccination programme would be launched in October.

He said doctors and teachers would be among the first groups to be vaccinated. Russia’s elite has been given the experimental vaccine as early as April. Russia has not yet declared the price of the vaccine.

Why have experts raised concerns on the Russian Covid-19 vaccine?

The superfast speed at which the Russian vaccine has been produced, eclipsing front runners like Oxford-AstraZeneca, Moderna and Pfizer, has led to experts flagging that the government has cut corners and may put citizens at risk.

What has raised the hackles of experts is the fact that human trials for the vaccine, which takes several years in normal circumstances, have been completed in less than two months.

Russia, however, has claimed that this was made possible due to the fact that its Covid-19 vaccine candidate closely resembled a vaccine for Middle East Respiratory Syndrome (MERS) disease, caused by another coronavirus, that had already been tested extensively.

Lawrence Gostin, a global public health law expert at Georgetown University, told AP, “I’m worried that Russia is cutting corners so that the vaccine that will come out may be not just ineffective, but also unsafe. It doesn’t work that way… Trials come first”.

Dr Anthony Fauci, the top US infectious disease specialist, also questioned the fast-track approach during his testimony to a panel of US lawmakers. “I do hope that the Chinese and the Russians are actually testing the vaccines before they are administering the vaccine to anyone. Because claims of having a vaccine ready to distribute before you do testing is problematic at the very least,” Fauci said.

A medical worker, left, performs a COVID-19 test at a test center at Vnukovo airport outside Moscow (AP)
Which countries have shown interest in Russian vaccine?

Recently, Industry and Trade Minister Denis Manturov said in an interview with TASS that “several thousands of doses” would be produced each month this year and would be ramped up to “several million” doses in 2021.

The head of the Russian Direct Investment Fund (RDIF) Kirill Dmitriev, who has bankrolled the project, said in an interview that more than 20 countries had shown interest in producing the Russian vaccine.

“Our foreign partners express great interest in producing this vaccine in their countries. There is great interest from Brazil, from India, from many other countries that are very much looking forward to the Russian vaccine. More than five countries are now actively working with us to start producing the vaccine,” Dmitriev told TASS.

The Telegraph has reported that Britain was unlikely to use the Russian vaccine for its people.

Asked if the Indian government was planning to tie-up with Russia to bring vaccine to India, the Health Ministry said a National Expert Group on Vaccine Administration had been constituted to look into it. “Their terms of reference constitute all matters related to logistics of vaccines, ways to address issues of equity etc,” Rajesh Bhushan, Secretary, Health Ministry said.