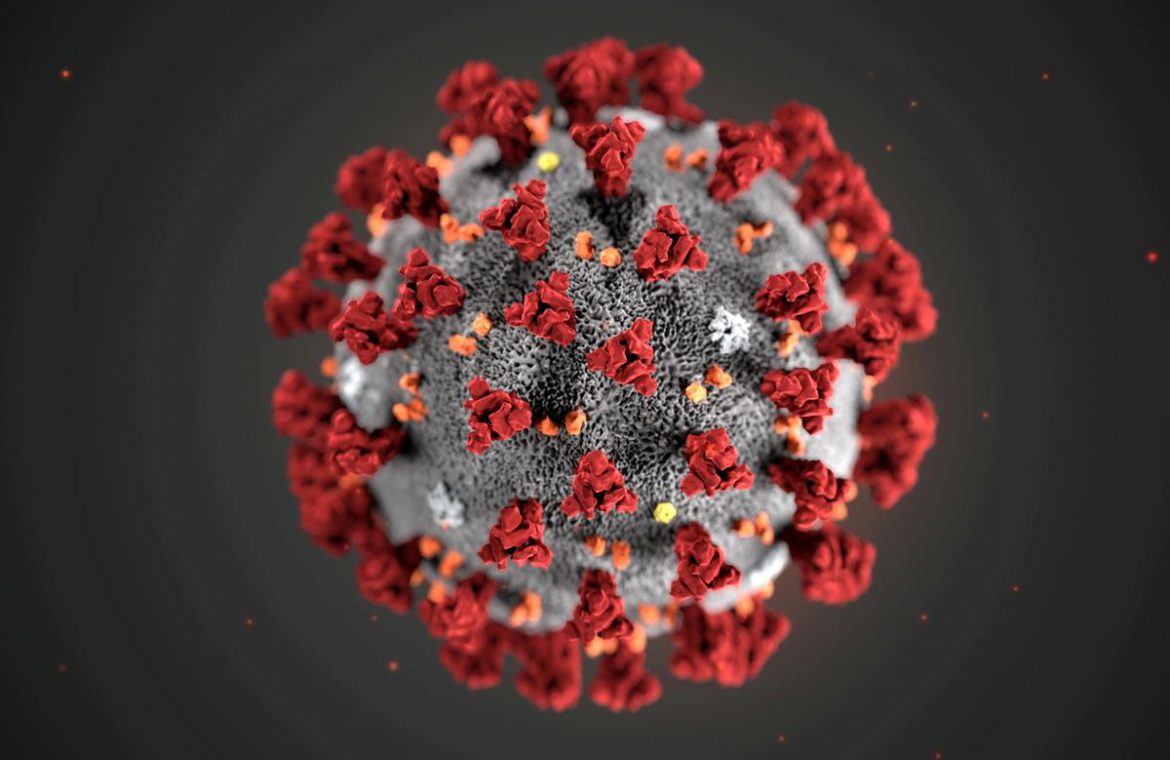 WELLINGTON/BEIJING (Reuters) – China reported several cases of frozen food packaging contaminated with the novel coronavirus this week, while New Zealand said it is investigating the possibility that its latest COVID-19 cases could be traced to imported freight.

FILE PHOTO: The ultrastructural morphology exhibited by the 2019 Novel Coronavirus (2019-nCoV), which was identified as the cause of an outbreak of respiratory illness first detected in Wuhan, China, is seen in an illustration released by the Centers for Disease Control and Prevention (CDC) in Atlanta, Georgia, U.S. January 29, 2020. Alissa Eckert, MS; Dan Higgins, MAM/CDC/Handout via REUTERS.

Here’s what has happened and what experts say about it:

-New Zealand reported its first COVID-19 cases in more than three months on Wednesday, prompting a swift reimposition of movement restrictions. Health officials raised the possibility that the virus had arrived in New Zealand via freight, given one of the infected people works at a cool store that takes imported frozen goods from overseas.

-China said on Thursday a sample of frozen chicken wings imported into Shenzhen from Brazil had tested positive for the virus. The discovery by local disease control centres was part of routine screenings of meat and seafood imports that have been carried out since June, when a new outbreak in Beijing was linked to the city’s Xinfadi wholesale food centre.

-Earlier this week, traces of the virus were found in China on the packaging of frozen shrimp from Ecuador and on the outer packaging of imported frozen seafood that arrived at Yantai port from Dalian in northeast China.

-Chinese customs officers first found the virus in packaging from Ecuador on July 10. It marked the first positive results from 227,934 samples that had been taken from imported foods, their packaging, and the environment.

WHAT EXPERTS SAY ABOUT THE RISK OF INFECTION FROM PACKAGING:

-Studies suggest the virus can linger on packaging material between hours and days, depending on the material here, temperature and humidity, according to the World Health Organization. The virus can stay 4-5 days on plastic or paper.

-There is currently no evidence that people can catch COVID-19 from food or food packaging, according to the WHO here a view backed by the U.S. Centers for Disease Control and Prevention and other government agencies. Coronaviruses cannot multiply in food – they need a live animal or human host to multiply and survive.

-Since the new coronavirus cannot replicate on the surface of food or packaging, it can only become gradually weaker outside a living cell, said Jin Dong-Yan, virology professor at the University of Hong Kong.

He did not rule out that a person could spread droplets containing the virus on the surface of food, or a package, and someone else could then contract the virus by touching the surface and then their mouth or nose. But such a case would be rare, he said.

-Infection from contact with a frozen virus through imported food “is still not to be considered a major route of infection and still not an event that should substantially affect policy at the public health levels,” said Eyal Leshem, director of the Center for Travel Medicine and Tropical Diseases at Sheba Medical Center in Israel.

-“The number of virus particles coming out a person’s mouth or nose is far greater than a few virus particles remaining on frozen foods, somebody touching it and then spreading it,” said T. Jacob John, retired professor of clinical virology at Christian Medical College, Vellore, India.

“Among all the risks, I think these are very low risks.”