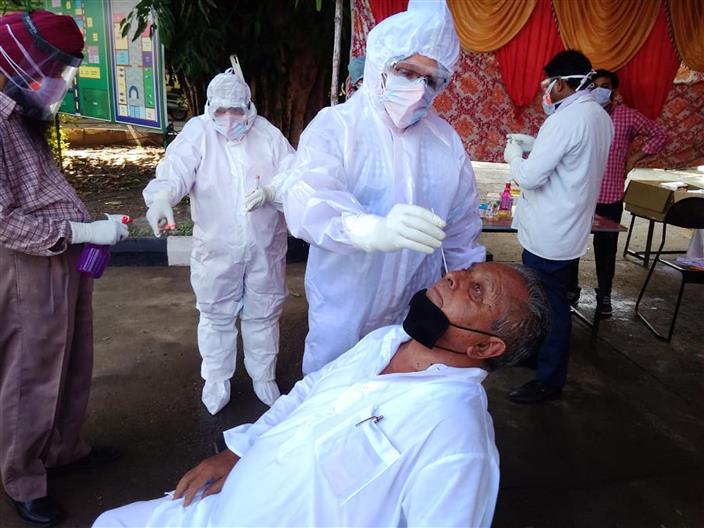 In one of the worst COVID-19 spikes, Punjab on Sunday reported 1,165 COVID-19 cases, including a Cabinet Minister and Deputy Speaker in the Punjab Vidhan Sabha.

Meanwhile, 41 deaths were reported in the past 24 hours, taking the death toll in the state to 812.

According to the state government bulletin, there are 10,963 active COVID-19 cases.

At present, there are 217 patients are on oxygen support and 35 are critical and on a ventilator.

His personal assistant informed that Bhatti had complained of high blood pressure and was immediately taken to Bathinda Civil Hospital where his sample was taken. “He is now being taken to PGIMER, Chandigarh.”

Notably, Bhatti had hoisted the Tricolour on the 74th Independence Day celebrations in Faridkot.

Another high-profile case is of Revenue Minister Gurpreet Singh Kangar, who was found positive hours after hoisting the National Flag at Mansa.

Kangar got his test done in Mansa on Saturday as he was experiencing a problem in his throat. After he tested positive, he was put under home isolation in Kangar village in Rampura area of the district.

Earlier on August 12, his servant also tested positive at a medical college in Faridkot as he had stayed for a week at a place of his associate in Moga. He was later admitted to the Civil Hospital in Bathinda.

Talking to The Tribune, Gurpreet Singh Kangar said: “I have tested positive but I am stable and is being treated properly. There is nothing to worry about.”

The news of the minister testing positive led to panic amongst the officials in Mansa district.

On Saturday during the Independence Day function, the senior district administration officials and political leaders came in contact with the Minister and now are getting their tests done as well.

Kangar had also inaugurated a smart school at Kotra Kalan village in Mansa, where he also handed over Rs 5,100 cheque to the students who had scored 98 per cent marks, owing to which many students, teachers and officials of the district education department also came in his contact.

Don't Miss it Norman Swan looks at the government's coronavirus modelling | 7.30
Up Next How migrant workers cope with coronavirus risks and restrictions | COVID-19 Special