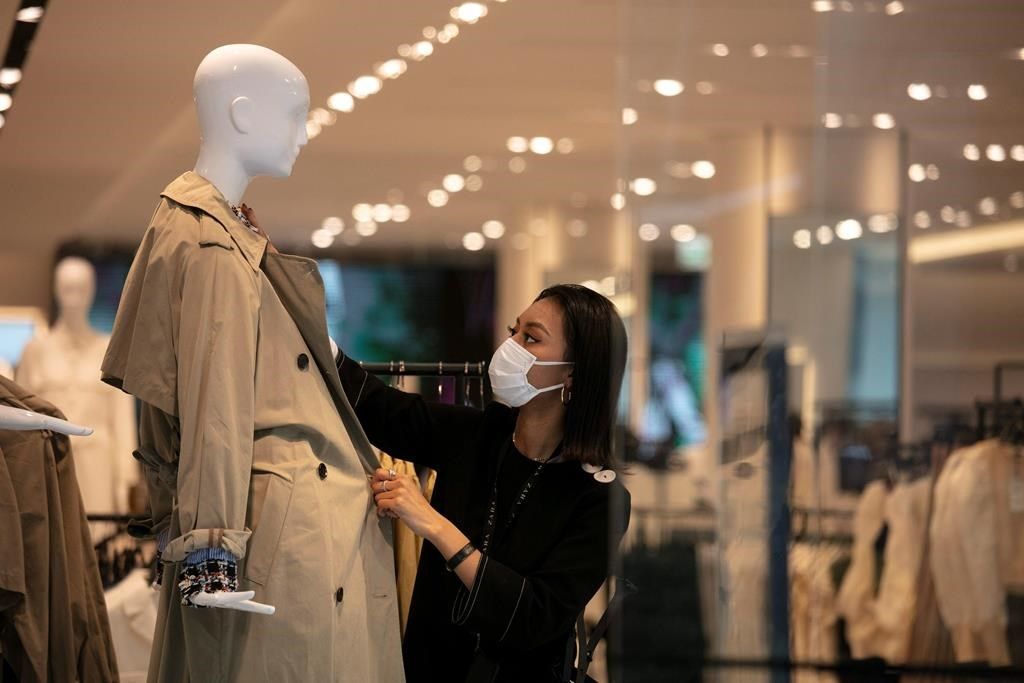 TOKYO — Japan’s economy shrank at annual rate of 27.8% in April-June, the worst contraction on record, as the coronavirus pandemic slammed consumption and trade, according to government data released Monday.

The annual rate shows what the number would have been if continued for a year.

Japanese media reported the latest drop was the worst since World War II. But the Cabinet Office said comparable records began in 1980. The previous worst contraction was during the global financial crisis of 2009.

The world’s third largest economy was already ailing when the virus outbreak struck late last year. The fallout has since gradually worsened both in COVID-19 cases and social distancing restrictions.

HERE’S WHAT YOU NEED TO KNOW ABOUT THE VIRUS OUTBREAK:

— The coronavirus doesn’t appear to have devastated homeless people as initially feared.

HERE’S WHAT ELSE IS HAPPENING:

SEOUL, South Korea — South Korea has reported 197 newly confirmed cases of the coronavirus, the fourth straight day of triple-digit daily increases, as health workers scramble to slow transmissions in the greater capital area where churches have emerged as major sources of infections.

The figures announced by South Korea’s Centers for Disease Control and Prevention Monday brought the national caseload to 15,515, including 305 deaths. The country reported 279 new COVID-19 cases on Sunday, its biggest single-day jump since early May, as government officials expressed concerns about a massive outbreak in the densely populated Seoul metropolitan area.

WELLINGTON, New Zealand — Prime Minister Jacinda Ardern on Monday chose to delay New Zealand’s national elections by four weeks as the country deals with a new coronavirus outbreak in its largest city, Auckland. The election had been scheduled for Sept. 19 but will now be held on Oct. 17. Under New Zealand law, Ardern had the option of delaying the election for up to about two months. Opposition parties had been requesting a delay after the virus outbreak in Auckland last week prompted the government to put the city into a two-week lockdown and halted election campaigning. Ardern said she wouldn’t consider delaying the election again, no matter what was happening with any virus outbreaks. Opinion polling indicates Ardern’s liberal Labour Party is favoured to win a second term in office.

Victoria’s Health Department recorded 282 new cases, slightly more than 279 new infections posted on Sunday but maintaining a downward trend over the past week.

BEIRUT — Lebanon, still grappling with the aftermath of the Aug. 4 blast that killed 180 people and wounded thousands, has registered a record daily number of coronavirus infections, with 439 people contracting the virus and six fatalities.

The new infections bring to 8,881 the total number of people reported infected in the small country of just over 5 million. Some 103 have died because of COVID-19.

The explosion at Beirut’s port was set off when thousands of tons of ammonium nitrate ignited, injuring about 6,000 people and causing widespread damage across the city. Daily coronavirus cases had already been on the rise, and the explosion made social distancing more difficult for many.

Lebanon’s health sector has been challenged by the pandemic that hit amid a deepening economic crisis. The blast that hit in Beirut’s centre knocked out at least three hospitals in the capital and greatly increased pressure on those still operating.

ROME — Vacationers arriving in Rome from four Mediterranean countries lined up with their suitcases at Leonardo da Vinci airport to be immediately tested for the new coronavirus on Sunday.

Last week, Italy’s health minister issued an ordinance requiring the tests for all travellers arriving in Italy from Croatia, Greece, Malta or Spain.

Travellers have the option of being tested instead within 48 hours of arrival at local public health offices closer to their home or destination in Italy.

Vacationers coming from abroad are fueling an increase in new coronavirus infections in Italy in recent weeks. On Saturday, the daily caseload of new infections topped 600 for the first time since May.

Alessio D’Amato, health commissioner for Lazio, the region including Rome, said at the airport that concern was mounting about the rising number of infections, especially since school resumes in Italy on Sept. 14, for the first time since the pandemic began.

“She was like my mother,” tweeted Morales, who was forced to resign last year after an election marred by irregularities.

Morales, who is in Argentina, faces sedition and other charges if he returns to Bolivia. He blamed “racism and political persecution” for preventing him from visiting his sister in a hospital in Oruro, southeast of La Paz.

In the last two weeks, supporters of Morales’ party set up nationwide blockades to protest the recent postponement of elections as Bolivia struggles with the coronavirus pandemic.

While doctors had warned that oxygen and other medical supplies were not reaching some hospitals because of the protests, police said Saturday that most roads had been cleared.

“Negative exam. Thanks for the prayers and for all the expressions of affection,” 38-year-old Michelle Bolsonaro said on Instagram. She published an image of what she said was her laboratory exam. “Undetected,” it read.

Bolsonaro’s youngest son, 22-year-old Jair Renan, has also tested positive for the virus. On Saturday, he released a video in which he takes pills that he says are hydroxychloroquine. The drug has no proven efficacy against the new coronavirus but has been widely publicized by the Brazilian president as a treatment for COVID-19.

President Bolsonaro had said he tested positive for the coronavirus on July 7, suffered mild symptoms and was free of the virus in late July. He has downplayed the devastating impact of COVID-19, often appearing in public without a mask and meeting supporters in close proximity despite social distancing recommendations.

BERLIN — Bavarian authorities said Sunday they’re still haven’t been able to contact 46 of more than 900 people who tested positive for the new coronavirus upon entering Germany recently, but didn’t receive the results.

The southern German state admitted last week that tens of thousands of travellers returning back home had to wait for weeks to receive their test results — among them the more than 900 who had tested positive but were not aware of it because of the missing results.

The bureaucratic breakdown led to an uproar in Germany over concerns that those who tested positive but were not aware of it could spread the virus to others.

The Bavarian state government said the long delays in getting the results were linked to problems with the software and an unexpectedly high number of people wanting to be tested at newly established test centres , primarily at highway rest stops near the country’s southern borders.

On Saturday, authorities in the state of Rhineland-Palatinate said there had been delays in informing people of their test results in the southwestern state. However, the authorities there were at least able to contact all those who tested positive immediately, the German news agency dpa reported.

PARIS — After France recorded its highest one-day rise in virus infections since May, the government is pushing for wider mask use and tighter protections for migrant workers and in slaughterhouses.

But France still plans to reopen schools nationwide in two weeks, and the labour minister says the government is determined to avoid a new nationwide lockdown that would further hobble the economy and threaten jobs.

France’s infection count has resurged in recent weeks, blamed in part on people criss-crossing the country for weddings, family gatherings or annual summer vacations with friends. Britain re-imposed quarantine measures Saturday for vacationers returning from France as a result.

France reported 3,310 new infections in a single day Saturday, and the rate of positive tests has been growing and is now at 2.6%. The daily case count was down to several hundred a day for two months, but started rising again in July. Overall France has reported more than 30,400 virus-related deaths, among the world’s highest tolls.

Labour Minister Elisabeth Borne said in an interview published Sunday with the Journal du Dimanche newspaper that the government wants to expand mask use in workplaces.

“We must avoid new confinement at any cost,” she said.