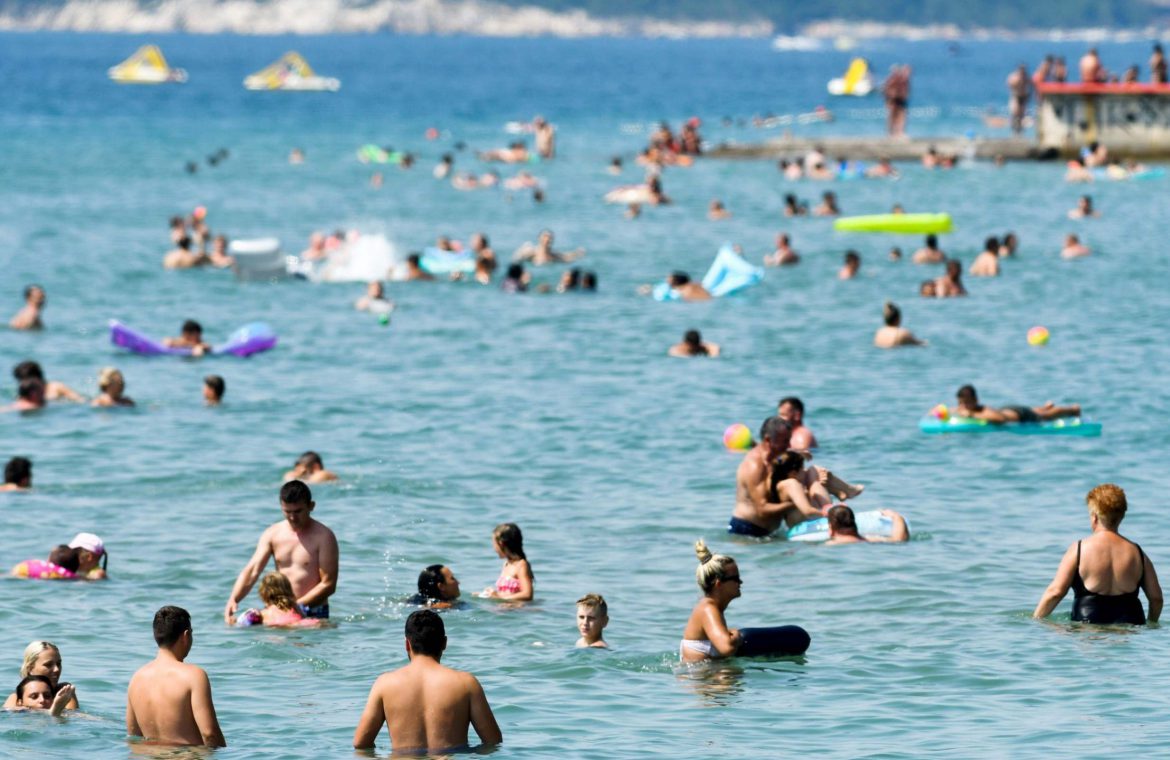 GSCE students in Northern Ireland are to be awarded the grades predicted by their teachers, Stormont’s Education Minister has announced.

Just days before the results are published on Thursday, Peter Weir has scrapped a plan that would have had grades calculated using a mathematical model that took into account the past performance of schools.

The major policy shift comes amid a raging controversy in Northern Ireland about the system used to allocate A-level grades.

The move affects grades issued by Northern Ireland exams body, the Council for the Curriculum, Examinations and Assessment (CCEA).

CCEA accounts for 97 per cent of all GCSEs taken in the region.

Students who were due to sit GCSEs set by awarding bodies in England or Wales will still be graded according to the approach taken by those organisations.

The Stormont Assembly is set to be recalled from summer recess to debate the furore caused by the standardisation formula used for A-levels.

More than a third of A-level grades issued last Thursday were lower than teacher estimates.

Mr Weir has so far resisted calls to void the disputed results generated by the A-level algorithm and replace them with teacher predictions.

However, he has now taken that decision for GCSEs.

The CCEA standardisation systems for A Levels and GCSEs were different.

While the A Level model took into account pupils’ previous exam results, the GCSE algorithm did not factor in any data from students’ past academic performance.

Instead it used data related to the performance of previous GCSE classes in the schools the pupils attended.

Critics of the process argued it would have been highly unfair for pupils’ grades to be influenced by what former GCSE students attained.

Mr Weir said his decision would not delay the publication of grades on Thursday.

“Having received advice from CCEA and listened to the concerns of school leaders, teachers, parents and young people, I have decided that all GCSE candidates will now be awarded the grades submitted by their centre,” he said.

“Standardisation is normally a key feature of awarding qualifications in Northern Ireland and across the UK.

“However, these are exceptional circumstances and in exceptional times truly difficult decisions are made.

“I am conscious that for GCSEs, unlike at A-level, we do not have system level prior performance data for this group of young people.

“I want to encourage as many young people as possible to remain in education or training post-16 and to know they have another opportunity to engage with education. I am also mindful that unlike A-level, many GCSE pupils will not have access to previous public examination outcomes to inform any appeals process.

“I have, therefore, acted now in advance of the publication of GCSE results to ease anxieties, reassure young people and their families and ensure that every individual candidate receives a grade that recognises the work they have done.”

“I hope that our GCSE pupils will now move forward confidently to their next step in education, employment or training with the qualifications that teachers or lecturers have judged were deserved,” he said.

“I want to send my very best wishes to everyone who receives their GCSE results on Thursday.”