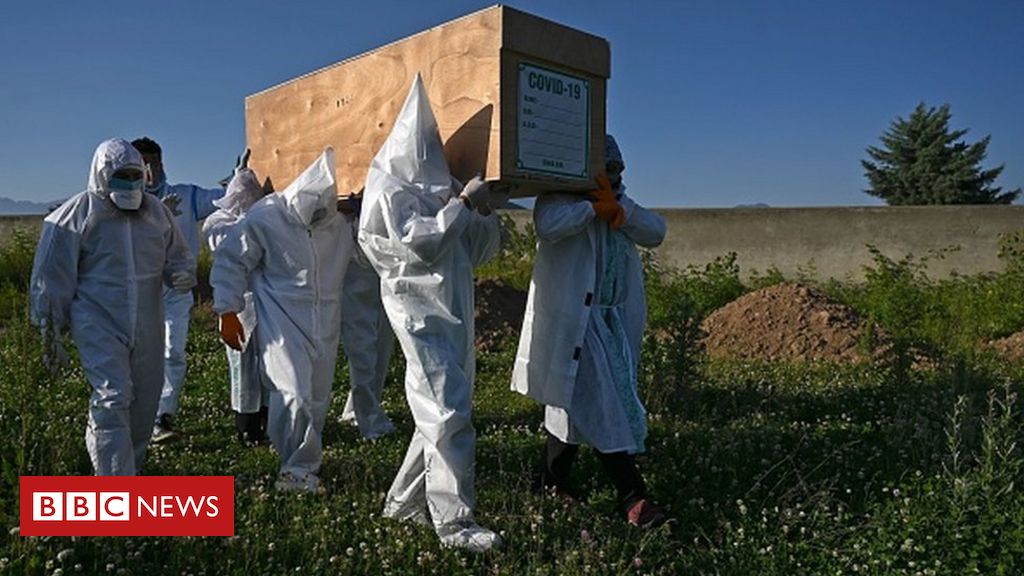 India has registered more than 50,000 Covid-19 deaths, overtaking the UK to become the fourth-worst-affected country for fatalities.

But the number of deaths per million people stands at 34 – far lower than what has been reported in Europe or North America.

The case fatality rate or CFR, which measures deaths among Covid-19 patients, is just around 2%. Even in badly-hit state like Maharashtra the number of deaths is doubling only in about 40 days. “The death rates have kept low all along, even as cases rose,” K Srinath Reddy, president of the think tank, Public Health Foundation of India, told me.

Many epidemiologists attribute this relatively low fatality rate to a young population – the elderly are typically more vulnerable to the infection. It is not clear whether other factors like immunity deriving from previous infections from other coronaviruses, are also responsible. Also, they point to a pattern of low mortality in South Asian countries that share a similar demographic of a younger population: reported Covid-19 deaths per million are 22 in Bangladesh and 28 in Pakistan.

Clearly, corrected for population size, India is doing far better than Europe and America. Yet, as Kaushik Basu, a former chief economist of the World Bank, says: “It is irresponsible to treat this as consolation”.

Prof Basu told me there are limits to the value of geographical comparisons.

“As soon as you do that you realise India is doing very poorly. In China, Covid-19 deaths per million population is 3. In India it is 34. Within South Asia the only country doing worse than India is Afghanistan and going by the trends India will overtake Afghanistan.”

Prof Basu says India is among the few countries where there has been no flattening of the curve. “From the end of March till now the cases and deaths are not just rising but doing so at a rising rate,” he says.

For one, many states, in contravention of WHO guidelines, are not adding suspected cases in the final count.

Second, a handful of states are heavily attributing Covid-19 deaths to patients’ underlying conditions or co-morbidities. Two states, Gujarat and Telangana, appear to have undercounted heavily, as an investigation by health journalist Priyanka Pulla shows. In Gujarat’s Vadodara, for example, the number of deaths grew by just 49% in the last two months, even as the caseload leapt by a whopping 329%.

Third, there have been reported discrepancies between the official toll from the virus and counts from crematoria and burial grounds in some cities.

So is India missing a lot of deaths, considering only a small fraction of the population has been tested – less than 1% – and many deaths are not being medically reported? “Of course there is undercounting as we have weak health surveillance systems,” says Oommen C Kurian of Observer Research Foundation, a Delhi-based think tank.

Bhramar Mukherjee, a professor of biostatistics and epidemiology at the University of Michigan, says it is “hard to gauge how much underreporting is going on without historical data and calculation of excess deaths during this period”.

“Excess deaths” are the bulk of deaths above normal levels, some of which may have been caused by Covid-19.

More than 230 Indians, including doctors, researchers and students, have petitioned authorities to release information on deaths for at least the last three years to calculate “excess deaths”. They want road fatalities – more than 150,000 people die in road accidents in India every year – to be identified separately so that a more reliable picture is available of deaths due to diseases.

Undercounting is not peculiar to India. In July, a review of the mortality data in 28 countries found at least 161,000 more people have died during the coronavirus pandemic than the official Covid-19 death counts report. India was not among the countries surveyed.

Prabhat Jha of the University of Toronto, who led India’s ambitious Million Death Study, one of the largest studies of premature mortality in the world, tells me that even in high-income countries with good medical certification, analyses “suggest undercounts by 30-60% of the daily death count”.

Dr Jha says telecoms companies should release call record data from March to find out where millions of Indians moved to from their workplaces in the cities in the wake of the lockdown. (As jobs dried up in the locked-down cities, these workers walked and took trains to their homes and spread the infection.)

Using the telecoms data, the government could send teams to the hotspot areas to record hidden adult deaths. He also suggests municipalities should release total death counts for all causes compared with earlier years to get an idea of “excess deaths”.

When the contagion ends, the toll from the coronavirus will be the only indicator by which countries’ performance in containing the infection will be judged.