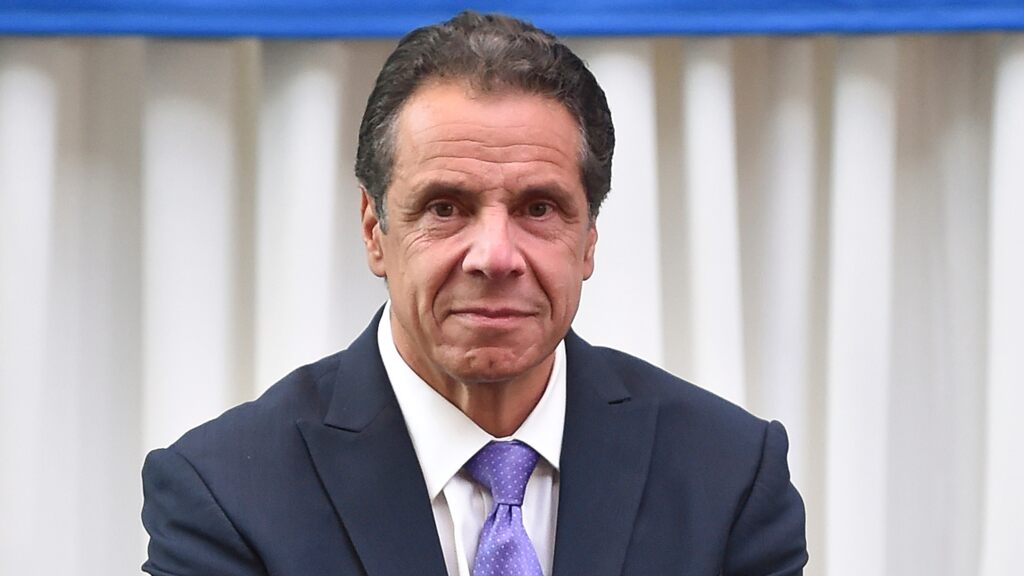 New York Gov. Andrew Cuomo slammed President Trump’s response to the coronavirus pandemic during his Monday night speech to the Democratic National Convention, accusing the White House of “negligence” even as his own administration drew flak for thousands of deaths in New York’s nursing homes.

“Our collective strength is exercised through government. It is, in effect, our immune system. And our current federal government is dysfunctional and incompetent. It couldn’t fight off the virus. In fact, it didn’t even see it coming. The European virus infected the northeast while the White House was still fixated on China,” Cuomo said during his speech, an apparent counterpoint to Trump’s labeling of COVID-19 as the “China virus.”

JOHN KASICH SAYS ‘CONSCIENCE’ COMPELLED HIM TO SPEAK AT DNC, GOP IS ‘MY VEHICLE BUT NEVER MY MASTER’

During his speech, Cuomo strained to paint COVID-19 as a metaphor for deeper political deficiencies in the country, saying “COVID is the symptom, not the illness.”

“Our nation is in crisis, and in many ways, COVID is just a metaphor,” he said. “A virus attacks when the body is weak and when it cannot defend itself. Over these past few years, America’s body politic has been weakened.”

But Cuomo, a third-term governor who has become one of the most prominent Democrats during the pandemic, has faced criticism for his response to the crisis, which struck New York early, killing more than 32,000 individuals — the highest death toll in the country.

At issue is Cuomo’s edict in late March that essentially ordered nursing homes to accept coronavirus patients from hospitals, a measure designed to free up hospital beds. Facing mounting pressure in May, Cuomo reversed the order.

The state has officially reported a care home death toll of more than 6,600; however, unlike every other state with major outbreaks, New York only counts residents who died on nursing home property — not individuals who were transported to hospitals and died there, according to the Associated Press. The discrepancy could add thousands of individuals to the state’s nursing home death toll.

The Cuomo administration has refused to release the number, leading some to speculate the state is intentionally manipulating the figures.

Republicans pushed back hard. Michael Caputo, assistant secretary of Health and Human Services in the Trump administration, tweeted after Cuomo’s speech that the governor is responsible for “planting the seeds of infection that killed thousands of grandmothers and grandfathers.”

“Does the #DemConvention know @NYGovCuomo is still undercounting elderly nursing home deaths by only counting those who died in the home – not the thousands who died in hospitals?” Caputo wrote.

But Cuomo pinned the blame of the duel health and economic crises on the White House, saying the U.S. — six months after the pandemic started — is still unprepared to fight the virus, which he said is “ricocheting across the country.”

The U.S. has close to 5.5 million COVID-19 cases, the most in the world, according to Johns Hopkins University data. More than 170,000 individuals have died as a result of the virus — and cases are still rising in many parts of the country.

Don't Miss it Coronavirus: PM encourages some people to return to work – BBC News
Up Next Coronavirus: Dido Harding to be temporary head of new health agency

The Federal Government will pump close to $1.5 billion into Australia’s manufacturing sector, outlining plans to shore up local production…

A shop stylist adjusts a face mask on a mannequin in a window display at fashion store ¯ST London, after…

As the global death toll from the Covid-19 pandemic exceeds one million, the U.S. has passed its own milestone: 200,000…

Despite the U.S. having the world’s highest number of COVID-19 cases, Canadian snowbird Elizabeth Evans is determined to head south next…

Good morning. Brexit was supposed to be about parliament “taking back control” but one of the extraordinary ironies of 2020…

The revered living goddess is not leaving her temple this year, AP reports: The old palace courtyard packed with hundreds…