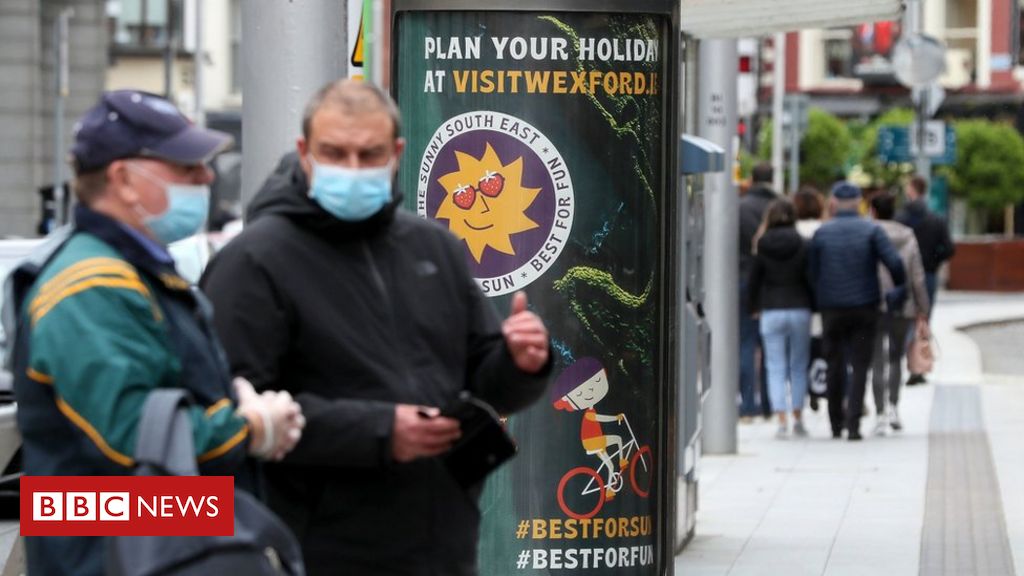 The Republic of Ireland’s cabinet has reversed some of its lockdown relaxation measures as it attempts to deal with rising Covid-19 case numbers.

Irish Health Minister Stephen Donnelly said: “We are at a tipping point.”

He added that a few weeks ago there were just 61 new reported cases for a seven day period but last week there were 533 cases.

The tightening of restrictions comes ahead of the reopening of schools over the next two weeks.

Taoiseach (Irish PM) Mícheál Martin said that if the current rates of Covid-19 continue to rise “it will be impossible to stop the spread of the virus to our most vulnerable and our most compromised”.

On Tuesday, a further coronavirus-related death was reported, bringing the Republic of Ireland’s total to 1,775.

There were 190 more confirmed cases of Covid-19.

Gardaí may get additional powers

Crowds attending outdoor events, including sports, are to be reduced from 200 to 15.

Indoor gatherings – excluding shops, restaurants and other businesses – are to be restricted to six people.

Those aged over 70 are again being asked to stay at home as much as possible.

People are also once again being encouraged to work from home and to avoid public transport where possible.

Consideration is to be given as to whether Gardaí (Irish police) should get new powers to intervene where they believe social distancing rules are not being complied with.

In an initial response to the measures the leader of Labour party, Alan Kelly, has said the measures send out the wrong signal and will affect morale.

The restrictions will remain in place until 13 September at the earliest.

‘Clusters around the country’

Mr Donnelly said the 14-day cumulative cases per 100,000 of population is now 26 and the Republic of Ireland’s rate of growth in the past two weeks was the fourth highest in Europe.

The number of coronavirus cases rose by 200 on Saturday, although the daily tally on subsequent days was lower.

The number reported on Monday was 56, down from 66 on Sunday.

The overall total number of cases in the Republic of Ireland is 27,499

Don't Miss it Children hope their father's death from coronavirus will help educate others | 7.30
Up Next Coronavirus update: The latest COVID-19 news from Asia | DW News