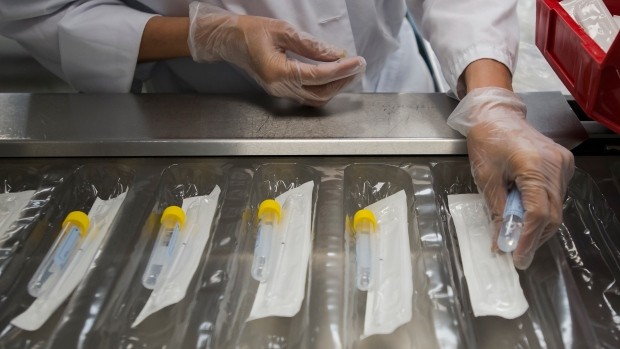 Ontario is reporting 102 new cases of COVID-19 on Wednesday, a slight decrease from a day earlier.

“Locally, 30 of the province’s 34 public health units are reporting five or fewer cases, with 17 of them reporting no new cases,” Health Minister Christine Elliott tweeted.

The Ministry of Health is also reporting a decrease of one death, compared to four deaths recorded on Tuesday.

The decrease in deaths could be from data corrections or updates that can result in case records being removed and or updated from past records, according to the ministry.

Hospitalizations, ICU admissions and vented patients are all largely stable. As always, today’s numbers will be available at 10:30 a.m. at https://t.co/ypmgZbVRvn

The province reported 125 new COVID-19 infections on Tuesday, the highest daily count of infections in more than three weeks.

Ontario reported 99 new cases of the virus on Monday, 81 on Sunday and 106 on Saturday.

Within the GTA, 33 new cases were recorded in Toronto on Wednesday, 18 in Peel Region, three in York Region, one in Durham and one in Halton.

There was a notable surge of new cases in Huron Perth with 17 infections, up from one new case 24 hours earlier.

On Monday, Huron Perth Public Health issued a press release that said the community is seeing a rise of cases in southern Huron County.

“All of these cases are associated with a workplace outbreak in Bluewater/South Huron, and many of them are clusters within the same households,”the press release read. “These cases are also connected to a larger spread of cases across southwestern Ontario.”

Ottawa also saw an uptick in new cases with 18 compared to eight the previous day.

Most of the new cases reported across the province (42) were in people between 20 to 39 years old.

Provincial labs processed more than 25,000 tests as of Wednesday, an increase from over 23,000 tests conducted a day earlier.

More than 15,000 tests are currently under investigation.

According to the province’s epidemiological summary, 89 more patients have recovered from the virus and the number of remaining active cases across Ontario rose by 14 to 965.

There are currently 42 people being treated for the virus in hospitals across Ontario, 15 of those patients are in the intensive care unit and 10 are breathing with the help of a ventilator.