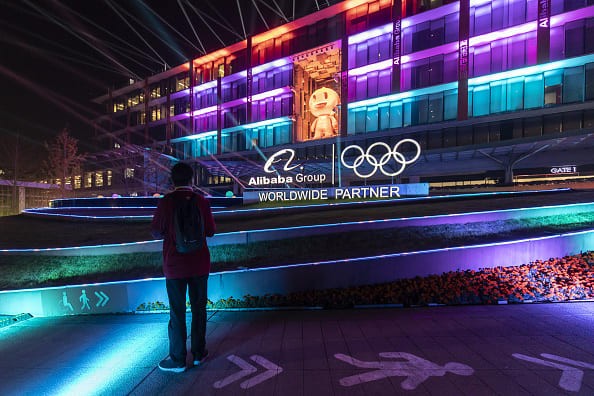 Asia Pacific generates about three quarters of global retail growth, and about two thirds of online growth, according to the Bain report, titled “The Future of Retail in Asia-Pacific: How to Thrive at High Speed.”

Riding that growth are three Chinese retailers — Alibaba, JD.com and Pinduoduo — which together with Japan’s Seven & I now rank among the top 10 retailers worldwide, according to Bain analysis. The firm noted that about a decade ago, only one or two Asia Pacific-based retailers made the top 10 list.

“What’s happening in China today is going to happen in other markets to a lesser or greater degree depending on the market,” Kanaiya Parekh, expert partner, Hong Kong, at Bain, said in a phone interview. “People need to be looking at China, especially with regards to the future of retail.”

Covid-19, which emerged late last year in the Chinese city of Wuhan, has since infected more than 22 million people worldwide and killed over 786,000 people. In an effort to limit the virus’ spread, local governments have announced stay-home orders and limits on social gatherings, which have accelerated pressure on already struggling malls and brick-and-mortar stores.

Even in China, where the coronavirus outbreak stalled in the first quarter, overall retail sales still fell 1.1% in July from a year ago. However, the share of physical consumer goods sold online climbed from about 19% last year to 25%, or a quarter, of retail sales this year, according to official data accessed through the Wind Information database.

One of the trends that’s taken off in China this year is livestreaming-driven online shopping. Everyone from farmers to professional internet personalities — known as a “key opinion leaders” or KOLs — can sell thousands of yuan worth of goods in just a few minutes through interactive streaming sessions on platforms such as Alibaba’s Taobao Live, Kuaishou and ByteDance’s Douyin.

Parekh estimates livestreaming accounted for about 7% of China’s online sales prior to the coronavirus pandemic, and could more than double this year. The report cited a Bain survey of 4,700 consumers in China in the spring, which found that respondents were now more likely to use livestreams and short videos to make online purchases than prior to the outbreak.

Other analysts have estimated a lower share of online sales, and say it’s less clear whether livestreaming will become more of a brand marketing tool versus a direct driver of what can often be impulse purchases.

Livestreaming is just one example of the digital shopping ecosystem that has developed in China due partly to high penetration of smartphone and broadband internet access. A broad logistics network and back-end technology have also helped cut delivery times and costs, making one-hour delivery of goods such as fresh grocery something consumers in China now expect.

When looking for similar growth opportunities in other countries, retailers will need to consider unique aspects of the local infrastructure and consumer behavior. The Bain report pointed out that even within Asia Pacific, there are 48 countries that include mature markets such as Japan, and fast developing ones such as India and Indonesia, which may follow more closely in China’s retail development footsteps.

Regardless, the coronavirus has shown all retailers they need better information on their supply chains and changes in consumer demand, Parekh said. “In the future, we may find that a retail organization may have more engineers and data scientists than buyers.”