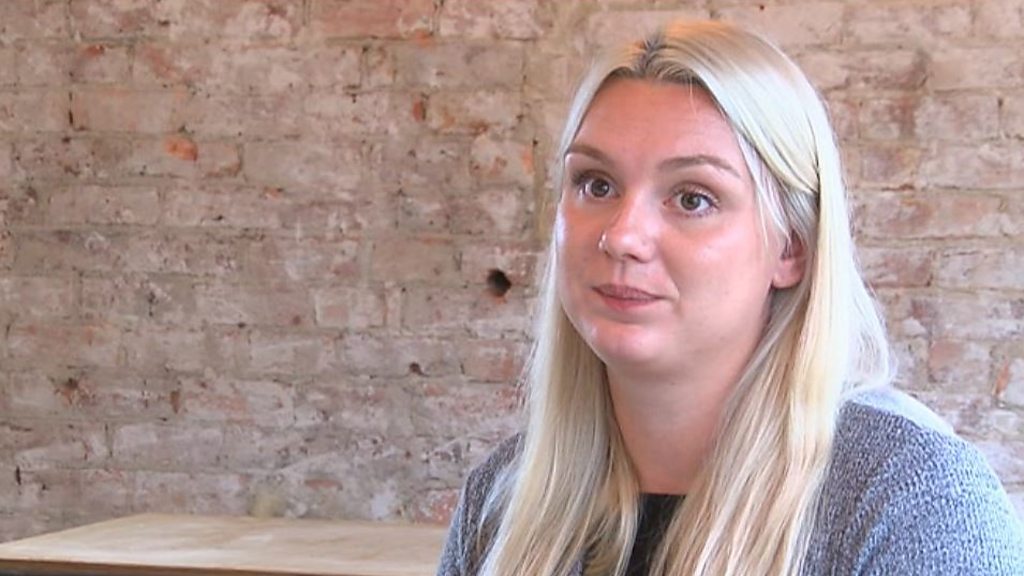 Media caption’I’ve applied for more than 2,000 jobs with no success’

More than 1,000 people applied for one brewery job as the number of vacancies plummeted in lockdown.

Northern Monk Brewing Company in Leeds said applicants for the packing job included people made redundant or on furlough.

Data from job website Adzuna showed vacancies are down by 59% compared with last summer, with some areas down 80%.

Tony Wilson, of the Institute for Employment Studies (IES), said there were signs of improvement.

However he warned firms would still freeze recruitment and cut hours.

This means that even people who are not losing their jobs will be looking for extra work and adding to the competition for a smaller number of vacancies.

Northern Monk Brewing Company in Leeds had 1,021 applications for one packing vacancy.

HR manager Sophie Lennon said: “When we posted the job within the first day we had a really high number of applicants. We’ve never seen that before.

“We advertised the job for three weeks and at the end of that time we’d had 1,021 applicants for the job which is way above what we’d usually see.”

She said she had spoken to people who had been made redundant but also people on furlough who were not sure if they would be brought back.

“It’s definitely a mix of both.”

‘I’ve not had one reply’

Sarah Smith lost her job in May and has been applying for different roles ever since without success.

The 25-year-old, from Leeds, previously worked for an online retailer.

“I’ve never really been unemployed for more than two weeks at a time,” she said.

“All sorts of work – retail, cleaning, care work, apprenticeships – nothing.

“I’ve had one automatic response but the majority of the time they say if you haven’t heard from us in two weeks, please assume you’ve been unsuccessful.”

The Portsmouth University graduate said she was not being picky.

“These jobs aren’t what I’d want to do long term, but when you’ve got responsibilities and a mortgage you’ve got to work,” she said.

“You start taking it a little bit personally. I know how much of a hard worker I am and that makes it harder because I’ve not even had an interview or a phone call.”

What happens when the furlough scheme ends?’Long, long way to go’ for economyMillions for small business ‘sitting in council accounts”There isn’t much out there’

Laura Homer has been on furlough from her main job and has lost a part time one.

The 28-year-old is due to return to her reception post at Yorkshire Dance, a centre in Leeds in September.

Her part time job as front of house at Leeds Playhouse was lost because the theatre had to close during the coronavirus pandemic.

“There are jobs in retail, but if we do have another wave and things have to close again, that may put me in the same position,” Miss Homer said.

“I’ve been hoping to see jobs that would match my experience and skills, and ideally that could be done from home, but there isn’t much out there.

“I get a weekly newsletter with arts jobs and lately there are about three vacancies, whereas before lockdown there would have been a long list.”

Just under 1.7 million vacancies were listed across the UK between April and July, with May the worst month in more than two years’ worth of data.

There were 361,570 vacancies posted that month, while the country was still in full lockdown and this rose to 449,484 in July as some places were able to reopen with social distancing.

Jobs in the charity and voluntary sector are down by more than 90%, with the data showing just over 2,000 adverts posted between April and July 2020, compared with more than 25,500 in the same months last year.

“There was a pretty significant improvement between June and July, but it’s still a long way below February.

“While there will be a rise in redundancy and unemployment, where employers can they will try to reduce hours instead of losing people altogether.

“People will still be in work, but they will be earning less and working fewer hours.”

Andrew Hunter, co-founder of Adzuna, was optimistic about the increase recorded in July, even though it is still well below last year.

“It’s nice to see a small, month-on-month uptick across most sectors and locations,” he said. “Let’s hope this is the start of the jobs bounce back.”

He said there had been a rise in vacancies for logistics and warehouse jobs, which he said was driven by employers like Amazon, Deliveroo and DPD.

Between April and June, the number of people in work fell by 220,000, the Office for National Statistics said.