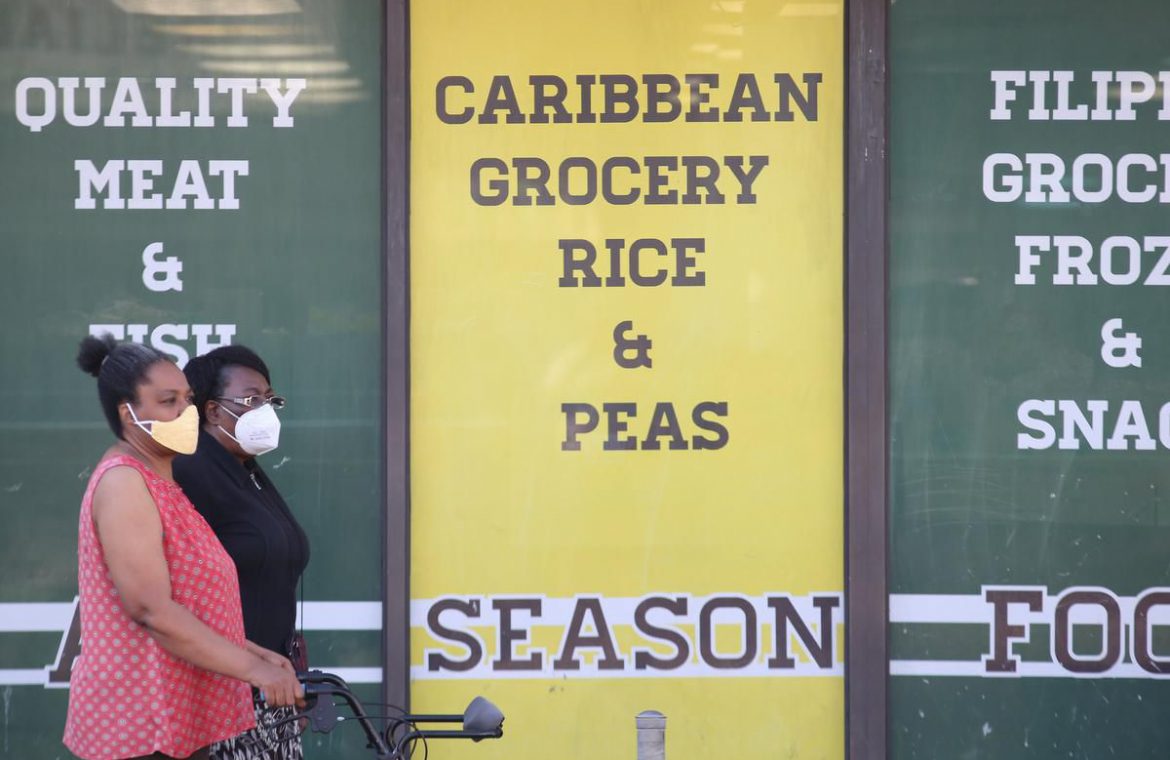 12:30 p.m.: As many as 215,000 more people than usual died in the U.S. during the first seven months of 2020, suggesting that the number of lives lost to the coronavirus is significantly higher than the official toll. And half the dead were people of colour — Blacks, Hispanics, Native Americans and, to a marked degree unrecognized until now, Asian Americans.

The new figures from the Centers for Disease Control and Prevention highlight a stark disparity: Deaths among minorities during the crisis have risen far more than they have among whites.

But public health authorities have long known that some coronavirus deaths, especially early on, were mistakenly attributed to other causes, and that the crisis may have led indirectly to the loss of many other lives by preventing or discouraging people with other serious ailments from seeking treatment.

Public health officials reported three more deaths attributed to COVID-19. They said one death occurred in the past 24 hours while two others occurred between Aug. 14-20.

The number of hospitalizations dropped by 10 to a total of 136 on Friday. Of those, 23 people are in intensive care, two fewer than a day earlier.

Authorities said they conducted 16,164 COVID-19 tests Wednesday, the last day for which testing data is available.

The case marks the first time someone under the age of 20 has died from COVID-19 in Quebec since the pandemic began.

Spokeswoman Marie-Claude Lacasse says the health department cannot release any information about the identity of the person who died, or details about the death.

The province says 3,279 people between the ages of 10 and 19 have tested positive for the novel coronavirus to date.

Among those cases, 31 people had to be hospitalized, including six who were in intensive care.

11:03 a.m.: Tennessee had 2,100 confirmed coronavirus cases in children ages 5 to 18 during the past two weeks, according to state data.

So far, 131 of Tennessee’s roughly 140 public schools have restarted, with 129 districts operating or planning to run on a hybrid model. Most of those are opening in person with a virtual option, according to Education Commissioner Penny Schwinn. Eighteen districts are operating fully remotely, and nine individual schools were closed due to at least one COVID-19 case, Schwinn says.

Republican Gov. Bill Lee says his administration is asking federal officials how specific Tennessee can get in disclosing cases of COVID-19 in schools. School districts currently have the choice of releasing information on cases on their own.

Tennessee has nearly 1,500 confirmed deaths from the coronavirus.

That was because there was no data from 11 of Ontario’s 34 public health units: Algoma; Brant County; Chatham-Kent; Hamilton; Niagara Region, Peterborough; Simcoe Muskoka; Southwestern; Sudbury; Timiskaming; and Windsor-Essex.

Click here for the full story from the Star’s Robert Benzie.

8:30 a.m.: TTC users will be able to get refunds for fares they purchased on their PRESTO cards during March and April that were unused due to the pandemic lockdown.

People will be able to redeem their credits on Friday, which will come from unused monthly fares betwee March 18 and the end of April. To do so they can continue to tap their card as usual while boarding, or scan their card at a fare vending machine.

“We know many residents who were required to stay home or were working from home were not able to use the TTC monthly passes they purchased for the months of March and April,” said Mayor John Tory in a news release shared by the transit agency. “By providing a credit, we are ensuring that some of our most loyal transit customers are fairly reimbursed.”

Due to the high number of people who are likely to seek refunds, the agency said it could take until November to process each rider’s request. The service cost the agency $13 million and was approved in June.

7:17 a.m.: South Korea added its most new virus cases in months on Friday, driven by a surge around the capital that appears to be spreading nationwide.

The 324 new infections was its highest single day total since early March and the eighth consecutive triple-digit daily increase.

Most of the new cases are in the densely populated Seoul region, where health workers are scrambling to track transmissions from sources including churches, restaurants, schools and workers.

But the new infections reported Friday were from practically all major cities, including Busan, Gwangju, Daejeon, Sejong and Daegu, the southeastern city that was the epicenter of a massive outbreak in late February and March.

6:40 a.m.: Lebanon on Friday began a two-week partial lockdown and nighttime curfew after coronavirus cases increased sharply following an explosion in Beirut that killed and injured thousands of people.

Confirmed cases of the virus have increased from 5,417 a day after the massive blast on Aug. 4 to nearly 11,000 on Friday, leading officials to announce the lockdown.

The pandemic has killed 113 people in the tiny country, which was successful in limiting the spread of the virus during the early months.

The state capital Melbourne has been under a strict lockdown for two weeks, and authorities have said daily infections will have to fall to single digits or low double digits before Melbourne’s lockdown is relaxed.

Papua New Guinea has not approved any vaccine trials and says any vaccine imported into the country must be approved by PNG’s health authorities.

The newspaper reported that a document on Ramu letterhead said 48 Chinese employees were “vaccinated with SARS-COV-2 vaccine” on Aug. 10 and tests on them might return false-positive results. Papua New Guinea has recorded only 361 COVID-19 cases and four deaths but infections have surged in the past month.

India has been recording at least 50,000 new infections per day since mid-July. Four of India’s 28 states now account for 63 per cent of fatalities and 54.6 per cent of cases. Western Maharashtra state and three southern states of Tamil Nadu, Andhra Pradesh and Karnataka are the worst-hit.

The Health Ministry said more than 900,000 tests are being done and the rate of tests that are positive for the virus is averaging 8 per cent, but it will be lowered through isolation, tracking and clinical management.

6:30 a.m.: Stronger actions to enforce public health measures are expected to be announced today in British Columbia as the number of active cases of COVID-19 rises.

Public Safety Minister Mike Farnworth is scheduled to give an update about compliance and enforcement measures under the province’s ongoing state of emergency to combat the illness.

Farnworth said on Tuesday he would bring in new measures to address the behaviour of people whose actions “demonstrate their indifference to the health and safety of others.”

At the same time, Premier John Horgan said people in B.C. have sacrificed to keep transmission of the illness low, and unsafe parties and gatherings are eroding that hard work.

He said the provincial government is committed to getting B.C. back on track and will announce enforcement action against people who continue to put others at risk.

B.C. reported 80 new cases of COVID-19 on Thursday, bringing the total number of active cases to 780, including 11 people in hospital.

Under the agreement, 3M is to increase capacity at its Brockville, Ont., facility so that it can produce up to 100 million medical-grade N95 masks a year.

The federal and Ontario governments are each kicking in $23.3 million to help increase production capacity at the plant.

A provincial government official confirmed the masks are to be used to meet private sector, provincial, and North American market demand throughout the COVID-19 pandemic and beyond.

Ford has repeatedly said that Ontario needs to ramp up production of personal protective equipment given the experience early in the COVID-19 crisis, when Canada was scrambling in a global competition for a limited supply of masks and other equipment.