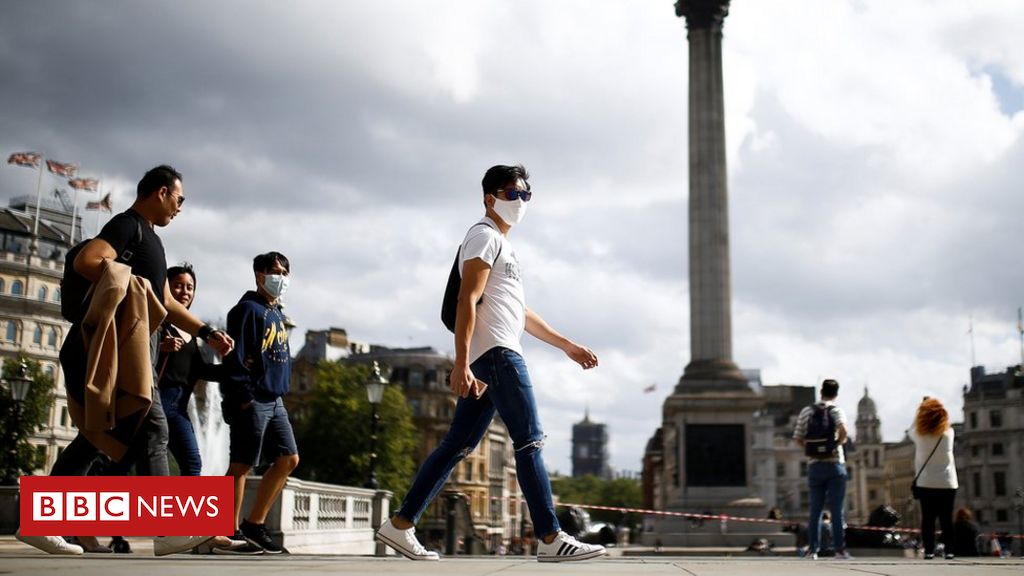 Coronavirus will be present “forever in some form or another”, a member of the government’s Scientific Advisory Group for Emergencies (Sage) has said.

Sir Mark Walport said people would need to be vaccinated at regular intervals.

His comments come after the head of the World Health Organization (WHO) said he hoped the pandemic would be over within two years, as the Spanish flu had taken two years to overcome.

He also said the world population was now much larger than in 1918.

Speaking to BBC Radio 4’s Today programme, Sir Mark said that, in order to control the pandemic, “global vaccination” would be required, but coronavirus would not be a disease like smallpox “which could be eradicated by vaccination”.

Where are the world’s coronavirus hotspots?
UK tourists dash home as quarantine rules kick in

“This is a virus that is going to be with us forever in some form or another, and almost certainly will require repeated vaccinations,” he said.

“So, a bit like flu, people will need re-vaccination at regular intervals.”

Tedros Adhanom Ghebreyesus, head of the WHO, has said that the Spanish flu of 1918 took two years to overcome, and that advances in technology could allow the world to halt coronavirus “in a shorter time”.

Coronavirus has so far killed 800,000 people. Nearly 23 million infections have been recorded but the number of people who have actually had the virus is thought to be much higher due to inadequate testing and asymptomatic cases.

Sir Mark warned that it was “possible” coronavirus would get “out of control” again, but said more targeted measures could now be used instead of a generic lockdown.

Coronavirus cases have been increasing in European countries in recent weeks. Some nations, which had appeared successful in suppressing the initial outbreaks, are now seeing infections rise again.

As of 22 August, the UK recorded 21.5 coronavirus cases per 100,000 people over the last fortnight, according to the European Centre for Disease Prevention and Control.

Sir Mark said: “We know that less than one in five people around the country have been infected, so 80% of the population are still susceptible to this virus.

“It is this terrible balance between trying to minimise the harm to people from the infection and protecting people, whilst keeping society going.”

He said he was worried about the rise in the number of cases in Europe and other parts of the world.

Meanwhile, tourists returning to the UK spent thousands of pounds arranging new flights in a race to get home before new travel rules came into force.

From 04:00 BST on Saturday, travellers coming back from Croatia, Austria and Trinidad and Tobago must quarantine for 14 days.

There were similar scenes last weekend when new rules kicked in for those returning from countries including France and the Netherlands.

Don't Miss it Coronavirus UK latest news: Oldham prepares for new lockdown
Up Next Tracking all the latest coronavirus figures from the globe and Australia | ABC News