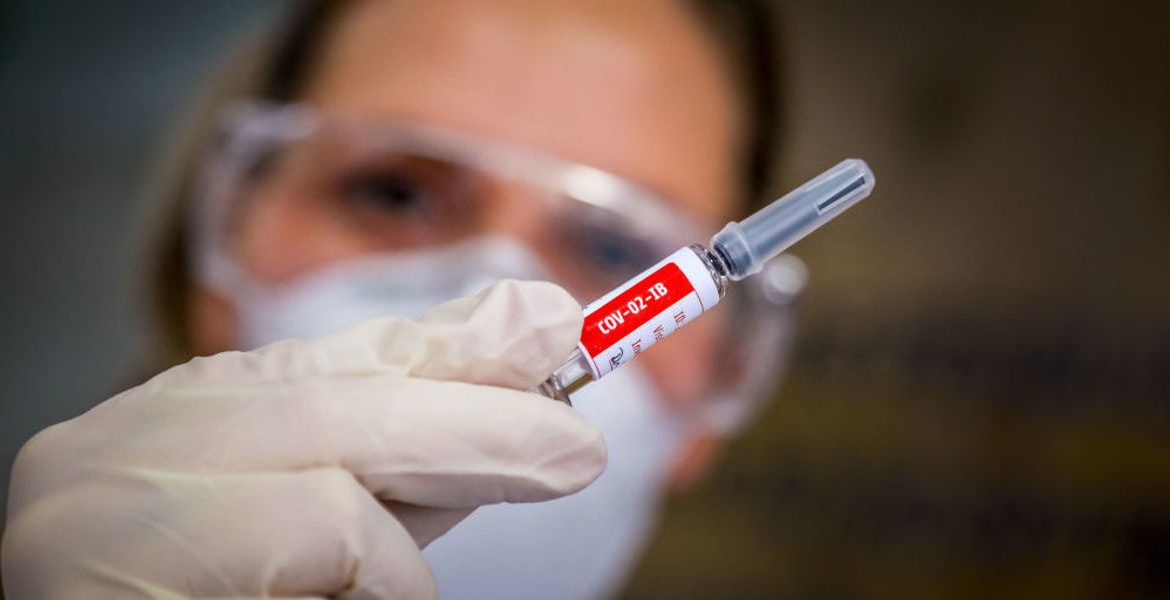 Virginia’s top health official said he would make COVID-19 vaccinations mandatory in the state once coronavirus vaccines are available.

Virginia Commissioner of Health Dr. Norman Oliver told WFXR-TV that he plans to impose a coronavirus vaccine mandate for everyone in the state.

“It [the coronavirus] is killing people now, we don’t have a treatment for it and if we develop a vaccine that can prevent it from spreading in the community we will save hundreds and hundreds of lives,” Oliver said on Friday.

Virginia state law gives the Commissioner of Health the authority to mandate immunizations during a public health crisis if a vaccine is available, according to WRIC-TV.

Oliver said he doesn’t know what the punishment should be for Virginians who refuse to get a COVID-19 vaccine. “I think the overwhelmingly majority of people would, in fact, respond well,” Oliver said of mandatory coronavirus vaccinations.

A Yahoo News/YouGov poll conducted between July 28-30 found that only 42% of all Americans said they would get vaccinated “if and when a coronavirus vaccine becomes available.”

Under current Virginia law, only people with a medical exemption could refuse the vaccine mandate.

The Virginia General Assembly is considering a bill that would allow an exemption to the immunization mandate to people “who object to such administration on religious grounds.” HB 5016, which was introduced by Mark L. Cole (R-Spotsylvania), would need to clear a house committee before the full chamber could vote on it.

There were seven people hospitalized in the state because of coronavirus on Aug. 20, according to the Virginia Department of Health website. The peak hospitalizations in Virginia was 120 on May 1. As of Aug. 18, Virginia’s seven-day average for percentage of positive test results was at 6.5%, down from a peak of 20.8% on April 21. Since July 15, Virginia has had two days with double-digit daily COVID-19 deaths: 12 fatalities on July 25 and 10 on July 29.

People across the country have been asking, “Will a COVID-10 vaccine be mandatory?” Which has been followed up by debates as to whether governments could legally impose mandatory COVID-19 vaccinations.

Steven Wilker, a partner at the law firm Tonkon Torp, told Newsweek it would be a “reach” for the federal government to institute a mandatory vaccination order. The federal government would likely only be able to enforce it by taxing individuals who refuse to vaccinate.

Dov Fox, a law professor and the director of the Center for Health Law Policy and Bioethics at the University of San Diego, said states could penalize citizens who don’t adhere to mandatory vaccinations.

“States can compel vaccinations in more or less intrusive ways,” Fox said. “They can limit access to schools or services or jobs if people don’t get vaccinated. They could force them to pay a fine or even lock them up in jail.”

“Courts have found that when medical necessity requires it, the public health outweighs the individual rights and liberties at stake,” Fox continued.

A Supreme Court case from 115 years ago suggests that local governments may have the authority to enforce mandatory vaccinations by levying punishments to citizens who refuse inoculations.

Jacobson v Massachusetts was a 1905 U.S. Supreme Court case that addressed mandatory vaccinations. The Supreme Court upheld the Cambridge Board of Health’s authority to require vaccinations against smallpox during the smallpox epidemic at the time. The decision allowed the local municipality to mandate smallpox vaccinations of all residents during disease outbreaks.

Harvard law professor emeritus Alan Dershowitz appeared on Larry King’s “PoliticKING” in June and referenced the Jacobson v Massachusetts decision when asked if it was legal for the government to force individuals to get a coronavirus vaccine.

Dershowitz said that the government has the power to mandate immunizations “if the vaccine is safe and effective and necessary.”

In May, Dershowitz discussed the legality of mandatory COVID-19 vaccinations on “Crowdsource the Truth.”

“Let me put it very clearly: you have no constitutional right to endanger the public and spread the disease, even if you disagree. You have no right not to be vaccinated,” Dershowitz told host Jason Goodman. “And if you refuse to be vaccinated, the state has the power to literally take you to a doctor’s office and plunge a needle into your arm.”

“That’s what a democracy is about. If the majority of the people agree and support that, for public health measures, you have to be vaccinated, you have to be vaccinated,” Dershowitz continued. “They should give you an alternative. The alternative is to live in your home, don’t get vaccinated, but never ever leave your home or live in a bubble. But if you want to interact with other people, you cannot become Typhoid Mary. The Constitution doesn’t give you the right to spread your illness to other people.”

The counterpoint to the Supreme Court ruling is to ask if it is an equitable comparison between the smallpox epidemic in the early 1900s to the coronavirus pandemic in 2020. Before smallpox was eradicated in 1980 because of a vaccination program, the infectious disease had a mortality rate of approximately 30%. The mortality rate for COVID-19 is estimated between 3.4% and less than 0.3% of people infected. Plus, a much higher percentage of the population has access to modern medicine now than in the early 20th century.

The other argument is that the Jacobson v Massachusetts case gave a city permission to mandate vaccinations, not an entire state.

Drugmakers from around the world are racing to develop a coronavirus vaccine. Pfizer Inc. and BioNTech SE allege that their joint COVID-19 vaccine is on track to be submitted for regulatory review as early as October, according to Bloomberg. Earlier this month, Russian President Vladimir Putin claimed that his country had approved the world’s first COVID-19 vaccine.

Dr. Anthony Fauci, director of the National Institute of Allergy and Infectious Diseases, said in July that it was definitely a possibility the United States would have an effective coronavirus vaccine by early 2021.

Billionaire Bill Gates issued a warning about the dangers of rushing vaccinations into the populace without proper testing.