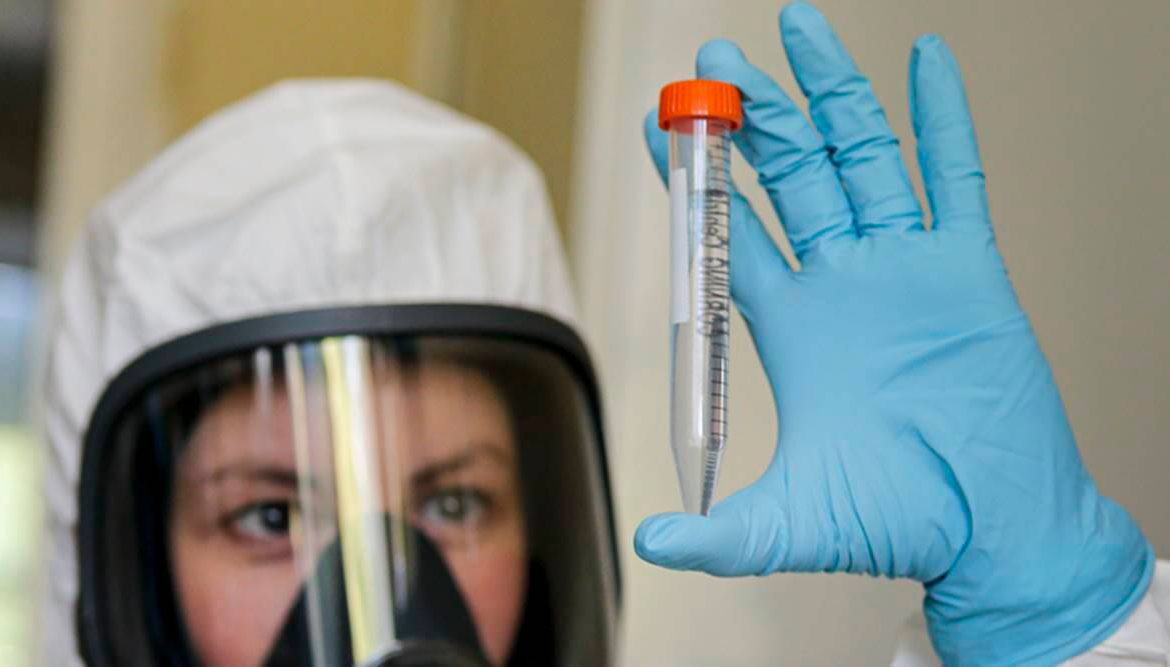 Russia vaccine: In this handout photo, an employee shows a new vaccine at the Nikolai Gamaleya National Center of Epidemiology and Microbiology in Moscow (Photo: AP)

Days after Russian President Vladimir Putin announced that his country has developed the world’s first vaccine against COVID-19, which works “quite effectively” against the disease, the country expects to produce between 1.5 million and 2 million doses per month of its potential vaccine by the year end, RIA news agency quoted industry minister Denis Manturov as saying Sunday. Reuters reported RIA as saying that Russia aims to gradually ramp up production to 6 million doses a month.

Large-scale testing of the vaccine, developed by Moscow’s Gamaleya institute, is due to start in Russia next week. Sputnik V has been developed by the Gamaleya Research Institute of Epidemiology and Microbiology, along with the RDIF. The vaccine has not been tested in Phase 3 or larger clinical trials.

The Sputnik V vaccine consists of two shots that use different versions of adenoviruses — virus types, some of which cause the common cold — that the manufacturers have engineered to carry the gene for the surface protein of SARS-CoV-2 that causes COVID-19.

Read: Why the Russian vaccine is a long way from being available in India

While Russia claimed to have approved the world’s first coronavirus vaccine, the vaccine, dubbed as Sputnik V, hasn’t gone through advanced trials normally required to prove that it works before being licensed, a violation of scientific protocol. Russian officials claimed the vaccine would provide lasting immunity to the viral infection yet have offered no proof yet.

Health officials and world leaders have criticised Russia for releasing the vaccine in haste, by rushing through the first two phases of clinical trials. Responding to Putin’s claim, a spokesperson for the World Health Organisation (WHO) had said a few weeks back that “rigorous review” and assessment of the vaccine was needed before the global health body could recommend the use of the Russian vaccine, AFP reported.

(With inputs from AFP, Reuters, agencies)

Don't Miss it US coronavirus: Pandemic stopped groups from gathering, but it has led to grim consequences
Up Next Dr Anthony Fauci reveals Australia is a ‘global leader’ in coronavirus fight