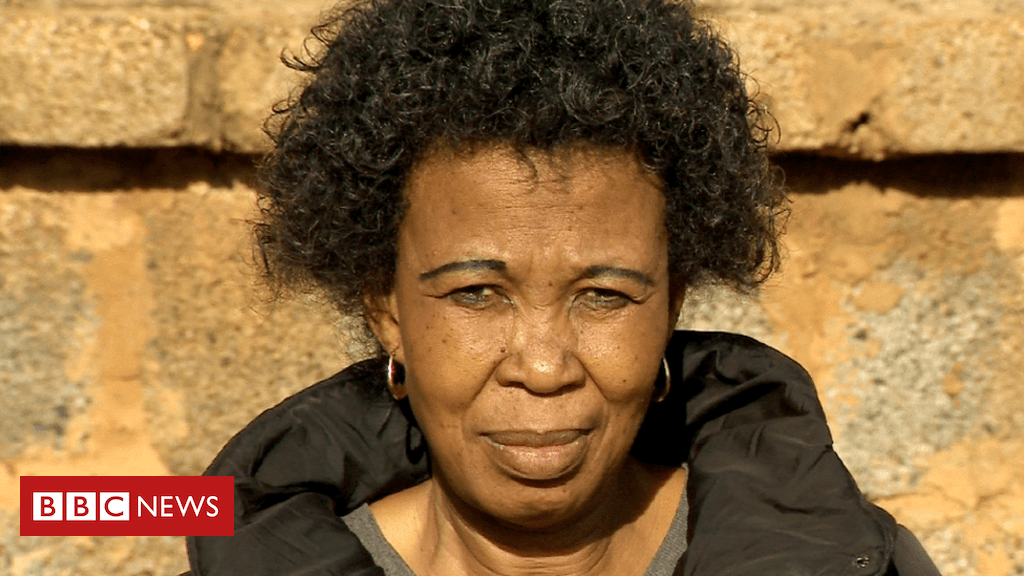 Suspected Covid-19 patients were routinely left for hours in an open tent, in sub-zero temperatures, outside a South African hospital during the mid-winter peak of the pandemic, leading to “many” people dying of suspected hypothermia, according to an exclusive investigation by BBC News.

The revelations have emerged as South Africa’s government has acknowledged and condemned widespread corruption and mismanagement during its response to the pandemic.

“It was freezing in that tent. As soon as night falls it’s horrible, you can see the patients declining. Hypothermia is one of the major causes of death here. Especially in that tent,” said a doctor at Sebokeng Hospital – a whistleblower who spoke to us on condition of anonymity.

The doctor said 14 people had reportedly died in the tent over one 48-hour period – though not all of hypothermia.

“We’re tired and sad and fearful for our patients. I ask myself how many people need to die unnecessarily for there to be an adequate investigation,” she said.

The tent at Sebokeng Hospital was erected in the car park

The doctor described “horrific” scenes in the marquee-sized tent – erected in the car park and used by the hospital as a makeshift triage and waiting room – over the course of several cold and hectic weeks in July, with elderly patients collapsing after being left for two days or more without sanitation, food or proper heating.

She said sick people were forced to crowd around three small electric heaters that frequently broke.

“I felt very stressed, angry, [and] hopeless. The lack of resources in that tent is an absolute joke… disorganised havoc.

“We don’t have drugs. No ventilator equipment. There was PPE lying all over the place, waiting to infect more people,” said the doctor, who complained that a number of medical staff had caught the virus as a result of the conditions.

“It’s corruption and carelessness,” said Jeanette Mlombo, whose son, Martin, died last month at Sebokeng Hospital, at the age of 30.

She said he had not been tested for Covid-19 and had initially complained of swollen legs, but had been left for a total of 12 hours in the tent.

“It was freezing. He was shivering, starving. He said: ‘I slept the whole night here without any blanket. I’m going to die. Nobody’s taking care of me,'” Ms Mlombo recalled.

Leaked messages have revealed that the decision to use tents provoked an angry backlash from experts in the provincial health department.

Internal discussions on a WhatsApp group, seen by the BBC, show that medical advisers urged management not to use the tents, precisely because of the risk to patients.

“Tents are very cold at present.”
“I have never been in favour of tents… I find making our people sleep in cold tents inhuman.”
“Tents are a no-go area for me.”
Hospital ‘well stocked’

Responding to the whistleblower’s allegations about Sebokeng Hospital, a spokesman for Gauteng Department of Health, Kwara Kekana, rejected the suggestion that “many” people had died because of the cold, writing in an email that “death statistics based on the hospital report does not reflect death diagnosed by hypothermia”.

Media captionCoronavirus in South Africa: A day in the life of a contact tracer

The spokeswoman also denied claims of a shortage of personal protective equipment (PPE) and a lack of proper donning and doffing areas, sharing documents that showed the hospital’s stocks of hand sanitiser, gowns, and other relevant equipment in August.

In recent weeks, the situation at Sebokeng has reportedly improved significantly, in part because of steps taken by management, but also, it would seem, because the number of infected cases has begun to drop dramatically.

Overall, South Africa appears to have weathered the first surge of the pandemic with some success.

Some provinces and hospitals have been widely praised for their response.

The government’s early and aggressive lockdown regime has also won praise – as well as fierce criticism from some quarters.

But the pandemic has also exposed deep institutional weaknesses, including a widespread culture of corruption and apparent nepotism, and the dangers of a system of “cadre deployment” that has seen key departments led by allegedly incompetent political appointees from the governing African National Congress (ANC).

President Cyril Ramaphosa has angrily condemned the corruption, citing examples of price hikes of 900%, and lashing out at “hyenas” seeking to profit from disaster.

A number of senior officials and ministers have been criticised for instances where their relatives have secured large contracts from government.

The whistleblower at Sebokeng told us that she and other staff had repeatedly complained about conditions, and inquired about how special Covid-19 relief funds were being disbursed.

“We haven’t seen that money. I do know management is aware of our struggles. We’ve tried multiple times as doctors and nurses to try to ask management where the money is being allocated,” the doctor said.

“Are we going to get more staff, more resources? And we don’t really get answers, and that is devastating for us.”

The hospital’s communication department declined our request for an interview, saying all Covid-19 queries should be directed to the provincial health department.

In response to these complaints raised by the medics, Ms Kekana said the hospital held regular staff meetings, and had a compliance officer and a dedicated team to ensure standards were met.

The local government minister in charge of health in Gauteng Province, Bandile Masuku, was recently forced to take a leave of absence following corruption allegations against him. Mr Masuku has denied the allegations, saying he was not involved in, nor did he influence, the department’s procurement processes.

Investigators are examining more than 100 Covid-19-related contracts in the province.

“This pandemic has exposed a lot of our system’s flaws. But hopefully we can do something about it,” said the whistleblower.

“We need to learn from this pandemic so we are better equipped to deal with other illnesses in the future.”

SYMPTOMS: What are they and how to guard against them?

Media captionHow not to wear a face mask