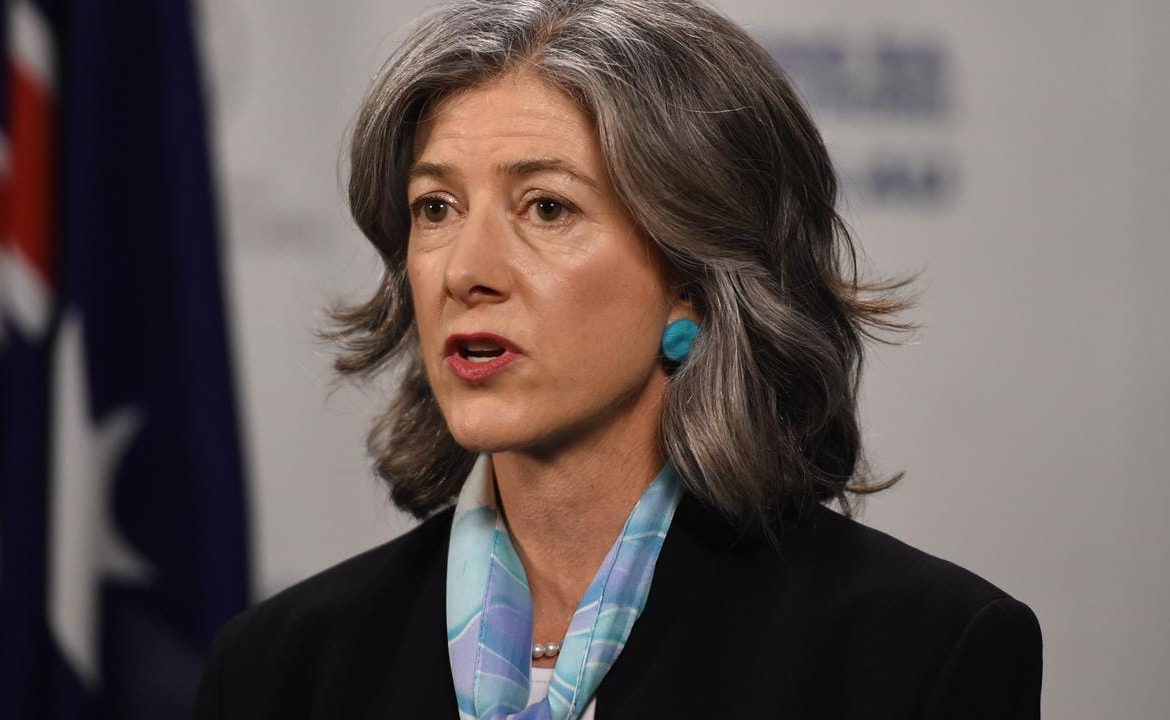 The state’s COVID command centre will double in size as Health and Wellbeing Minister Stephen Wade warns it will be operating for at least two years.

Forty extra staff will be put on in the expanded State Control Centre – Health as officials prepare for October as a possible ‘crunch time’ for a feared second wave.

Premier Steven Marshall indicated positive news from Queensland about its Brisbane-Ipswich cluster meant the SA-Qld border would remain open, and said he hoped to ease restrictions on SA-Vic border communities as soon as it was safe to do so.

The centre’s commander Paul McGowen said his team is preparing for all contingencies and “hopefully there won’t be a crunch time in October” in answer to a question about speculation October is seen as a test month.

Mr Marshall said: “nothing has been presented to cabinet or national cabinet that October is crunch time whatsoever.”

On Sunday, authorities revealed a South Australian nurse who returned from helping on the frontline in Victoria had tested positive to coronavirus.

The latest COVID-19 case – after five days without a case – is a middle-aged woman who showed no symptoms and remains in good health.

Eight fellow nurses who flew back from Melbourne with her on Friday are considered close contacts but have all tested negative.

All wore masks on the flight and were taken straight to a city medi-hotel for 14 days mandatory quarantine.

“She has been assisting the aged care outbreaks in Victoria and unfortunately has tested positive, but I’m pleased to say though she has no symptoms whatsoever,” Prof Spurrier said.

“It really goes to show that even with our most experienced nursing staff and wearing all the personal protective equipment required, this is a very transmissible virus and easy to pick up.

“Our thoughts are with this person at this time and I’m pleased to say at this time she is well. I think it was quite a shock because she doesn’t have any symptoms at all.”

As with other people in quarantine, the nurses had a swab on day one of their return, will have one on day 12 and also are being monitored daily for symptoms.

Twenty SA nurses have worked in the teams sent to help in Victoria and all have returned, and plans to send more are on hold.

Travellers to Qld should get tested

Prof Spurrier also said that anyone who has travelled to the greater Brisbane and Ipswich area recently should get tested following a cluster of cases.

While the source remains unknown Prof Spurrier said it was suspected it may be linked to three women who travelled from Victoria on July 22.

All South Australians who visited the greater Brisbane and Ipswich area recently, and also attended a list or more than 40 venues released by Queensland authorities, are being urged to get tested and not to visit aged care or disability care facilities.

SA Police are now emailing all people who have travelled from Queensland with the latest advice, using details from a pre-approval form now needed to enter SA.

“We do have open borders with Queensland and there are a significant number of people coming back every day,” Prof Spurrier said.

“We are asking people who have been to be very careful about monitoring their own health — please get tested if you have been to the greater Brisbane or Ipswich area.”

Prof Spurrier said authorities are monitoring the Queensland situation daily and the open border policy could change at any time.

“It is possible we will need to relook at our quarantine requirements coming back into our state,” she said.

She noted that the situation on the Victorian border is also being monitored daily and restrictions would be eased as soon as it was safe to do so, but declined to put a time frame on it.

Arrest after double murder in the state’s South East

Mr Wade urged people planning holidays to be aware border restrictions may need to be changed quickly in the event of an outbreak, saying: “The situation you go to may not be the situation your return from.”

The Premier recently returned from Queensland on a private trip flying out from Brisbane and has since tested negative.

“The Premier did not visit any of the listed locations and like all South Australians he will continue to follow the health advice,” a spokeswoman said.

Meanwhile officials say a problem with a test case result being sent by SMS to the wrong person appears to be an isolated case.

Mr Wade said there had only been the one incident and that it may have been due to a transcription error with the name or phone number.

There are now 463 cases in SA including three active, four deaths and 456 people who have recovered.

On Saturday, wife of an Adelaide grandfather who died after catching coronavirus on the ill-fated Ruby Princess cruise ship has paid tribute to her husband and issues a heartfelt appeal against growing complacency.

A renaissance of the traditional high street is lifting the spirits of local traders, according to business groups, who expect COVID-19 to inspire a new wave of retail entrepreneurialism.

They say South Australians are spending more time and money in their local communities because of restrictions on travel and the rise in the number of people working from home.

Australians purchasing new motorhomes, caravans or camper trailers would get a ten per cent discount, paid for by the Federal Government, as part of a plan being pushed to stimulate the tourism and manufacturing sectors.

The Caravan Industry Association of Australia (CIAA) is urging the Federal Government to consider a stimulus rebate projected to underwrite $10 billion worth of economic activity.

WATCH THE SA HEALTH UPDATE BELOW