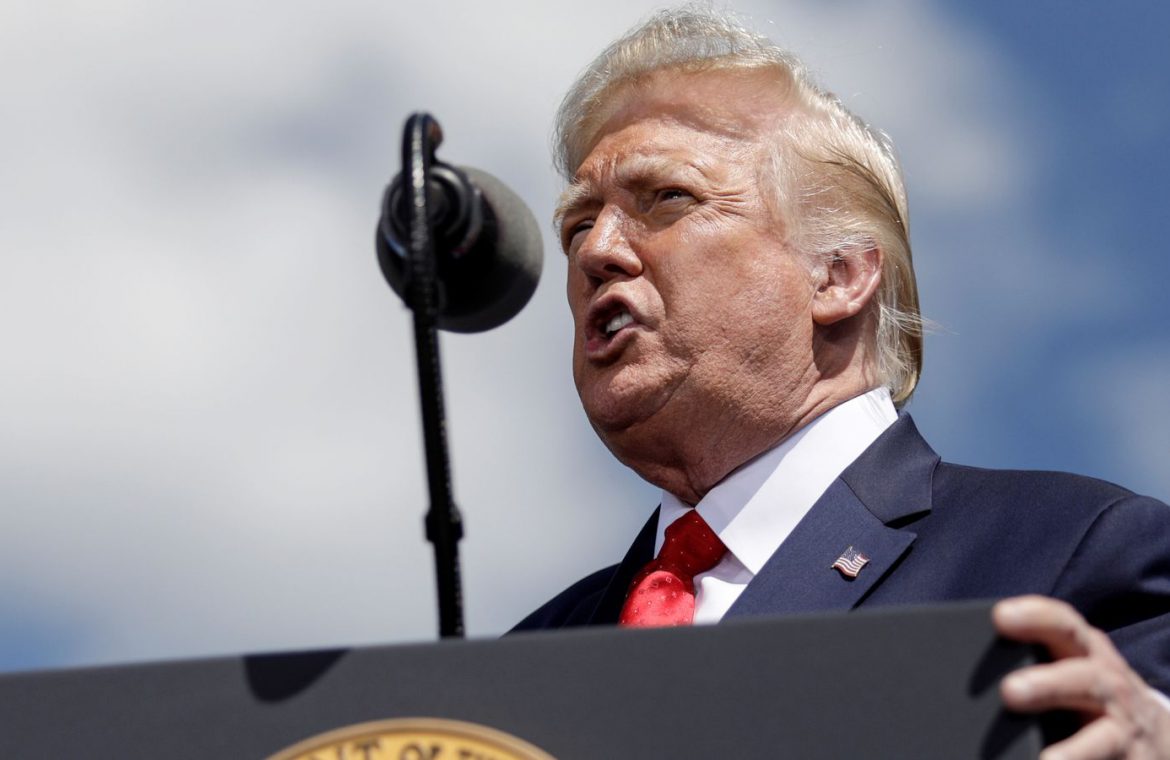 US President Donald Trump is considering fast-tracking approval of a possible coronavirus vaccine so it can be used before the election, according to a report.

The administration is looking at the potential vaccine being developed by Oxford University and AstraZeneca, the Financial Times says.

One option could involve the US Food And Drug Administration (FDA) authorising it for emergency use in October, a month before Mr Trump hopes to beat Democratic rival Joe Biden for the presidency, the paper reports.

Mr Trump is behind Mr Biden in most presidential election polls and, ahead of this week’s Republican National Convention, progress with a vaccine would boost his chances.

The US has the highest rate of infections and deaths from COVID-19, the illness caused by the coronavirus: almost six million infections have been recorded and deaths are heading towards 177,000, according to figures from Johns Hopkins University.

The White House declined comment on the story, which cited people briefed on the plan.

AstraZeneca denied having discussed emergency use authorisation for the potential vaccine with the US government, adding: “It would be premature to speculate on that possibility.”

Phase 2 and 3 trials of the potential vaccine are continuing in the UK and other countries and results are expected later this year.

The project is seen as a leading candidate among more than 100 others moving through the trials process.

Meanwhile, Mr Trump has announced emergency authorisation of convalescent plasma as a treatment for COVID-19.

It is thought that blood plasma from COVID-19 survivors could help those fighting the disease, as it contains antibodies.

But evidence is not conclusive about its effectiveness, when it is needed or how much is needed.

More than 70,000 patients in the US have received the plasma, which uses a technique previously used to fight diseases such as measles before a vaccine was developed.

Chief scientist for the FDA, Denise Hinton, said it should not be considered a new standard of care for the treatment of patients with COVID-19 and that more data should come from trials in the coming months.

Mr Trump said: “This is what I’ve been looking to do for a long time.

“Today I’m pleased to make a truly historic announcement in our battle against the China virus that will save countless lives.”