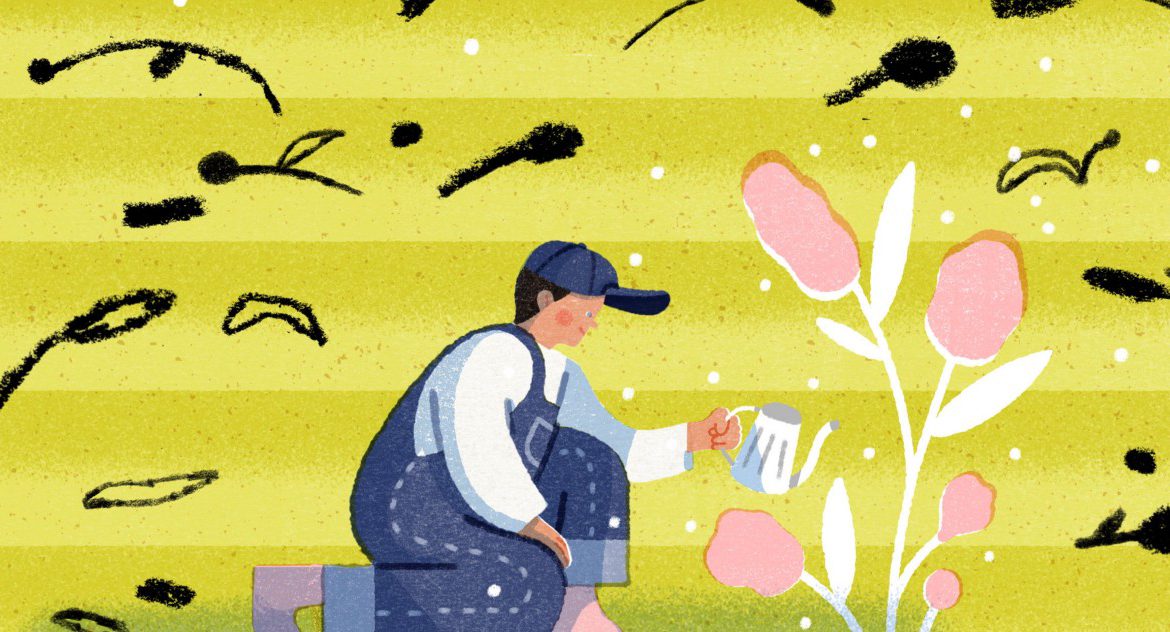 Since the early days of the novel coronavirus outbreak, infectious disease experts have recognized that some people who contract the virus do not develop a fever, cough, or any of the infection’s other hallmark symptoms.

These apparently “asymptomatic” cases may make up a large portion of all Covid-19 infections. Estimates vary widely, but many — including a recent mathematical model from the U.S. Centers for Disease Control and Prevention (CDC) — suggest that somewhere between 20% and 50% of infectees never experience noticeable symptoms.

This is a problem for public health officials because asymptomatic carriers can likely still spread the virus to others. Their lack of apparent symptoms makes the virus tricky to monitor and corral. On the other hand, it would be comforting if a large percentage of people with Covid-19 are skating through without any apparent ill effects.

But some recent findings have turned up “subclinical” effects in people with Covid-19 who never develop noticeable virus symptoms. These could indicate underlying risks for asymptomatic patients.

“No one is really assessing those organs in asymptomatic people. So we just don’t know what’s going on.”

According to a recent research review published in the Annals of Internal Medicine, chest scans of asymptomatic people with Covid-19 have revealed the presence of some “lung abnormalities” — abnormalities that also turn up among symptomatic patients.

Specifically, the scans have found what radiologists call “ground-glass opacities” — or GGOs — which are areas of lung tissue that appear gritty and opaque (like ground glass), and that tends to develop as a result of inflammation. In one of the studies included in the review, these lung abnormalities were present in 54% of asymptomatic people with Covid-19. “Our finding was that a significant proportion of [asymptomatic] people are having internal hits that they’re not aware of,” says Eric Topol, MD, co-author of the review and a professor of molecular medicine at the Scripps Research Institute.

Topol’s is not the only study that has identified these underlying lung issues. A report on asymptomatic Covid-19 patients, published June 18 in the journal Nature Medicine, found GGOs and other lung irregularities in 67% of the roughly three dozen people it examined.

How big a deal is this? No one’s sure.

“Ground-glass opacities are very common — we see it all the time and there are many things that can cause it,” says Adam Bernheim, MD, a cardiothoracic radiologist at Mount Sinai Hospital in New York City. But while GGO’s are common, the ones that are turning up among Covid-19 patients are distinctive. “If we see this very round shape and peripheral distribution, that’s atypical of other types of infections but it’s something we frequently see with [Covid-19],” he explains.

Bernheim has published work on GGOs and other lung effects associated with the novel coronavirus. He says that the presence of these abnormalities among asymptomatic patients is now well established, but the long-term consequences of these lung issues are not fully known. “We’ve seen patients with mild GGOs that heal completely, whereas others develop scar tissue almost like a skin injury, which is permanent,” he says. This scar tissue could cause or contribute to poor lung function and shortness of breath, or even, theoretically, a slight increased in the risk for lung cancer later in life.

The presumption that people who don’t develop symptoms are getting off scot-free may be wrong.

He says that it stands to reason that people who are asymptomatic will also have more mild lung abnormalities — the kinds that are more likely to heal without scarring. But it’s too early to be sure. Scripps’ Topol reiterates these points. “I think it’s most likely that these underlying lung things will heal, but the fact is we don’t know,” he says.

Lung-related damage may not be the only concern for asymptomatic people. Research has found that the novel coronavirus can spread to the brain, heart, liver, kidneys, and other organs. “No one is really assessing those organs in asymptomatic people,” Topol says. “So we just don’t know what’s going on.” The presumption that people who don’t develop symptoms are getting off scot-free may be wrong.

It seems as though the more researchers study SARS-CoV-2, the more surprises they turn up — many of them unpleasant.

“There were the cases of children in New York who never really had symptoms, but then several weeks later they developed this post-viral autoimmune inflammatory condition,” Bernheim says, referring to what the CDC is now calling the “multisystem inflammatory syndrome in children,” or MIS-C. “Initially, that just wasn’t on our radar at all.”

Don't Miss it Melania Trump took a different approach to coronavirus in her speech, but cancel culture still got the spotlight on day two of the RNC
Up Next Coronavirus LIVE Updates: Karnataka Colleges to Reopen from October 1 for Physical Classes