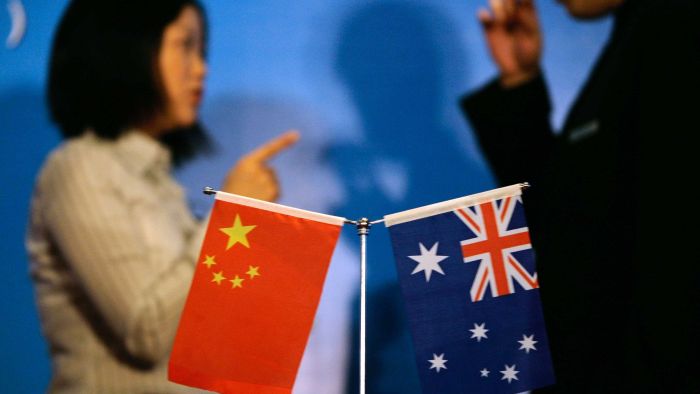 Australia helped lead the push for an international investigation into the origins of the coronavirus, but in doing so hurt “the feelings of the Chinese people”, one of China’s most senior diplomats says.

During a rare address at the National Press Club in Canberra, Wang Xining, the deputy head of mission at China’s embassy in Australia, said China saw Australia’s move to begin an investigation as unfair because it had relied on the presumption Wuhan was the source of the virus.

International support for the investigation was otherwise strong and the World Health Assembly (WHA), the governing body of the World Health Organization, eventually adopted a European Union resolution, co-sponsored by both Australia and China, calling for a “comprehensive, independent and impartial” investigation.

So how is that investigation going? When will we know more?

For the latest news on the COVID-19 pandemic read our coronavirus update story.What do we know about the origins of COVID-19? Food markets have been at the centre of Chinese outbreaks.(Reuters)

According to the WHO, the virus first came to their attention on December 31, 2019.

The cluster of cases in Wuhan was the initial focus of the WHO, and by January 4 investigations into the cause of coronavirus began — before the first death caused by the disease had been recorded.

In the following months, the virus started spreading around the world and a pandemic was declared on March 11.

The main theory is that the virus jumped from animals to humans via a market in Wuhan, where exotic animals such as hedgehogs were on sale.

But Chinese officials have sought to portray the virus as originating abroad.

Whenever questions have been asked about the origins of the virus, officials from President Xi Jinping downwards repeat that: “China believes the origin of the virus is a scientific matter that should be studied by scientists and medical professionals.”

Mr Wang believes it was unfair of Australian politicians to pin Wuhan as the source of the virus, as they had not identified any other potential origins.

“I think it’s up to the scientists to find out the origin and also how it’s been dealt with by different governments,” he said.

What do we know about the investigation?

In May, a record 137 countries ended up co-sponsoring the EU motion for an investigation into how the pandemic started and the international health response.

This led to the WHO setting up an independent panel in July, which will be chaired by former prime minister of New Zealand Helen Clark and former president of Liberia Ellen Johnson Sirleaf.

There have been trade ramifications following Australia’s push for the international probe.(Reuters: Jason Lee)

The motion passed by the WHA has been seen as a compromise — there is no specific mention of China and no new powers for the WHO.

It has also had broader impacts in Australia.

When will we know more about the findings?

The panel is due to give an update on its work in September and is expected to present an interim report to the WHA in November.

Australia experienced astonishing hostility from our Chinese trading partner after calling for an inquiry into the start of the outbreak — but we’re not the only ones feeling their wrath, writes Andrew Probyn.

A further update is slated to be given in January and at next May’s WHA meeting the panel will deliver its substantive report.

In a report released in late February, the WHO said: “Bats appear to be the reservoir of COVID-19 virus.”

“But the intermediate host(s) has not yet been identified. However, three important areas of work are already underway in China to inform our understanding of the zoonotic origin of this outbreak,” the report said.

“These include early investigations of cases with symptom onset in Wuhan throughout December 2019, environmental sampling from the Huanan Wholesale Seafood Market and other area markets, and the collection of detailed records on the source and type of wildlife species sold at the Huanan market and the destination of those animals after the market was closed.”

John Nicholls, a pathology expert at the University of Hong Kong, has questioned whether finding the origin of the pandemic even matters.

“It’s not going to help on management, it will only be used for political gain,” he said.

What has the response been?

After international support came for Australia’s push for the investigation, China’s embassy in Canberra said it was a joke for Australia to claim it had been vindicated.

The skirmish came after China imposed an 80 per cent tariff on Australian barley, all but killing a lucrative market for exporters.

China’s ambassador to Australia had previously warned there could be trade ramifications if a bid for a probe into the origins of the pandemic was pursued by the Federal Government.

China’s President has said his country has acted with “openness and transparency” throughout the coronavirus outbreak.

Don't Miss it Gatwick Airport plans to cut 600 jobs due to coronavirus
Up Next Coronavirus: Fewer people, more animals on streets | The World