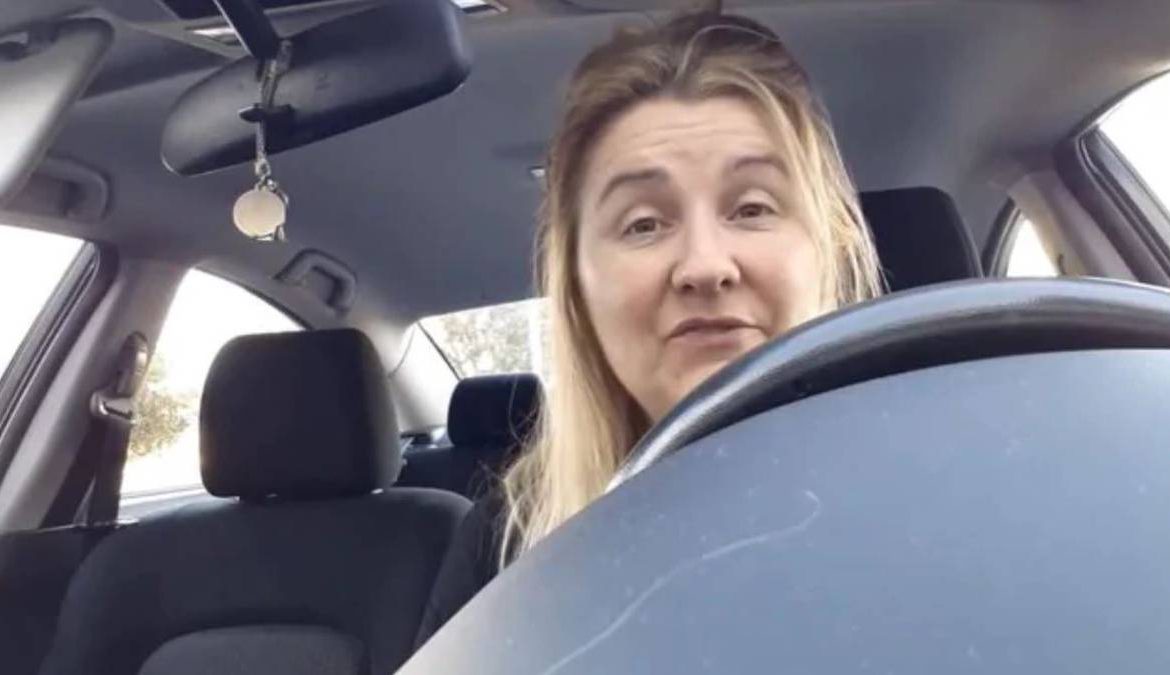 The self-described witch, psychic and exorcist said in a clip posted to Instagram at the weekend that she had visited a “beautiful forest” the night before, before quickly adding in a husky voice “I’m not sick”.

Rose claimed she had a “ritual hangover” after participating in a ceremony with four other “priestesses” where she had confronted “Baal” at the “gates of hell”.

“My body felt broken and old and achy and stiff.”

One social media user pointed out that Rose’s symptoms matched those of the coronavirus.

“Brah, you got Covid,” the man wrote.

Rose wrote back: “I couldn’t get Civud [sic] if you injected it into me”.

Lizzy Rose says she had a ‘ritual hangover’. Photo / Supplied

In the video she said: “Give me 12 hours and I will be fully recovered and I’ll have my voice back”.

In a later Facebook post on Monday, Rose said the “ritual of justice” was on Wednesday August 19 and that “witches workers permits” allowed her to get through checkpoints.

She didn’t reveal where the forest was.

However, she said nobody had masks on and the priestesses were hugging each other.

Although she still sounded “a little croakey” she said she didn’t have Covid.

“Do I look like I have a respiratory infection?” she said.

In a separate post, Rose told her followers “do not get tested” and “do not let the government near you”.

A spokeswoman for Rose told 7News that she would not hesitate to self-isolate if she got symptoms.

“If Lizzy Rose was sick, if she had come into contact with anyone who had been sick, she would not under any circumstances travel anywhere and would isolate herself and her family to protect herself and the members of the general public,” the spokeswoman said.

Victoria Health has described the symptoms of the coronavirus to include loss or changes in sense of smell or taste, fever, chills or sweats, cough, sore throat, shortness of breath and runny nose.

Rose caused controversy last month when she filmed herself walking through the aisles of Bunnings without a mask. It came after another woman filmed herself hassling Bunnings staff about the store’s mandatory mask policy.

It later emerged that Rose had travelled to “numerous country towns” in Victoria amid the pandemic to get her nails done and “chat with the locals about the truth of the coronavirus agenda”.

Rose said she had not breached stay-at-home orders because she “travels for education purposes” and has a “letter of exemption”, stressing she doesn’t “deliberately travel to random areas”.

Melbourne is under a stage 4 lockdown that includes a curfew between 8pm and 5am.

Residents can only leave their homes to go shopping, for one hour of exercise or if they work in an job that is exempt.

Anyone showing coronavirus symptoms has been asked to stay at home and get tested.

Don't Miss it Coronavirus: Can I work from home overseas?
Up Next Coronavirus 27 March: Almost 3,000 confirmed COVID-19 cases in Australia | ABC News