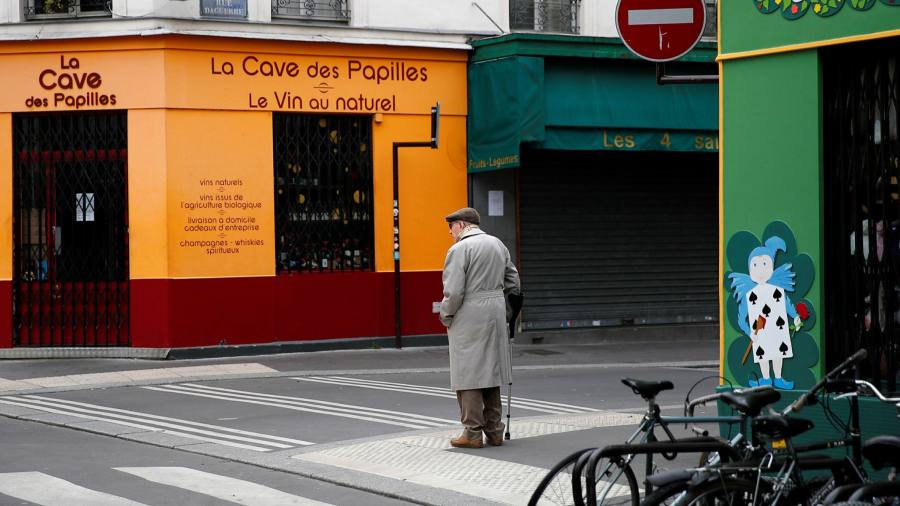 The first wave of the coronavirus pandemic has passed in the UK, and we have all been trying to figure out what to do next. One friend cancelled a trip to see her family in Greece, too anxious to face the airports. Another was all for going out for pizza on a Friday night in a crowded pub, dismissing the “fuss” about the virus.

The risks from contracting Covid-19 vary enormously — by a factor of 10,000 between the age of nine and 90. But the perceived risk varies too — from those who are terrified to those who laugh the whole thing off as a hoax, occasionally with tragic consequences.

“What I want is a survival guide for life in the age of Covid,” says another friend. He’s in his early sixties. He’s barely left his London home since March, partly because he finds it commodious enough, but mostly because the risks of riding the underground seem to him to be simply too great. He is aware, though, that his instincts might be wrong.

So what do the data tell us about the risks of emerging from self-imposed isolation? That depends on where you live — and for more than one reason. Most obviously, the virus is much more prevalent in some places than others. Germany, Italy and the UK each have around 1,000 new confirmed cases a day. In the US there are 40,000 or more — which is equivalent to eight times as many, per person. In New Zealand by contrast there are just a handful. So one can afford to be more relaxed in Wellington than in Washington.

But the data also vary hugely in quality. In Singapore, South Korea or New Zealand, publicly available information helps citizens figure out if they have been in a high-risk location. Meanwhile, the US is having what Nature described this week as “a coronavirus data crisis”. There the numbers are either missing or late.

The UK occupies a middle ground. There is some data available about confirmed infections in each local area, but the most reliable information is national, thanks to the Office for National Statistics, which has been testing a representative sample of the English population as a whole — an essential exercise.

This sample suggests that there are between 1,200 and 4,200 new infections a day in England. So the estimated rate of new infections in England, detected or undetected, is between 22 and 76 per million people per day, with a best guess of 44.

The typical English resident, then, has a 44 in a million chance each day of being infected. In the US, the midpoint of epidemiological models suggests around 150,000 new infections a day, or 450 per million people per day, about 10 times the risk in England. In South Korea, despite a recent spike in confirmed cases, the risk of infection is probably closer to 1 or 2 per million people per day.

Those averages encompass people who take the utmost precautions, people who work in exposed professions or frequent house parties and everyone in between. As a recent review in the British Medical Journal reminded us, crowding, shouting, not wearing masks, poor ventilation, and length of exposure time to others who may be infected all increase the chance of transmission. So I can only guess how much my friend’s risk increases when he decides to venture outside his door.

Still, knowing the current average infection risk — 44 in a million, per day — provides a sense of proportion. The virus itself is dangerous but no death sentence: for someone in his early sixties the chance of death, given infection, is similar to the population as a whole, at about 1 per cent. Lasting symptoms also seem to affect around 1 per cent of people. Two per cent of 44 in a million is about one in a million. This rough estimate is a convenient enough number, even if something of a cliché in the world of risk.

For my friend, Covid-19 therefore currently presents a background risk of a one in a million chance of death or lasting harm, every day. The risk of death alone is one in 2m.

To double-check this very rough estimate, I looked at registrations of deaths. In one week in mid-August, 139 people died in England and Wales with Covid mentioned on their death certificate. That is 20 a day — less than one death in 2m per day. The numbers add up.

I find it helpful to convert small risks into “micromorts” — a micromort being a one in a million chance of dying. Contracting Covid is risky: perhaps 10,000 micromorts on average, varying hugely depending on age. But simply existing in a country where the virus is suppressed but circulating is not so risky. It depends on age, gender, geography, behaviour and much else. But on average it is half a micromort a day — similar to taking a bath, going skiing, or a short motorbike ride, and considerably less risky than a scuba dive or a skydive.

My friend will have to make his own decisions, as we all will. But the risk to most individuals in the UK seems modest, for now. What worries me deeply is something different: the prospect of the virus surging back. We cannot afford to relax just yet, because we will be walking a Covid tightrope this autumn.

Tim Harford is speaking at the FT Weekend Festival about using numbers to think clearly. For details see ftweekend.live.ft.com