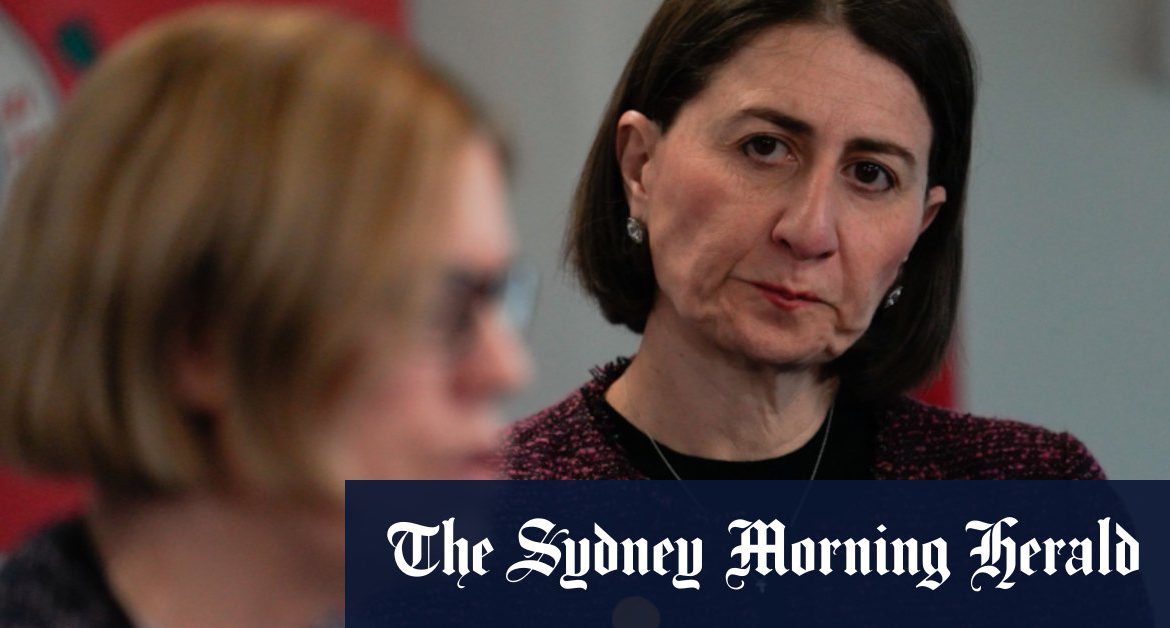 Chief Health Officer Kerry Chant expects NSW’s daily numbers “are probably going to be double-digit for a few more days” but she was hopeful that with high testing rates and adherence to regulations those numbers would come down.

Health authorities have foreshadowed several more cases in and around the CBD, as well as in Sydney’s northern and western suburbs.

Ms Berejiklian said the government’s aspiration was zero community transmission but “it’s just not going to happen, given the size of our population”.

She said the goal was “finding a comfortable normal which will take us through the rest of the pandemic”.

“I feel we are at a place now where we can conceive a balance of people getting about their lives, going to work, increasing economic activity and yet controlling the spread of the virus but it does require effort every single day,” Ms Berejiklian said.

“It is a daily battle … we have to be vigilant.”

In aged care facilities existing visitor restrictions were being extended as a precaution against COVID-19 spread, a NSW Health spokesperson said, as the current CBD outbreak included people who have travelled from several parts of Sydney and the Central Coast.

“There is currently no evidence of any cases in aged care residents or staff in aged care facilities in NSW,” the spokesperson said.

“These are precautionary steps to prevent the entry of COVID-19 into this vulnerable setting.”

As the weather warms, with temperatures forecast to reach 25 degrees on Sunday, Ms Berejiklian urged the public to adhere to social distancing rules as they enjoyed parks and beaches.

NSW Health issued updated advice for visitors to the City Tattersalls Club, telling anyone who visited the venue on Monday, August 24, from 8am to 2pm, they are now deemed close contacts and must get tested immediately and isolate for 14 days, even if they return a negative result.

Dr Chant said it was not known how the virus was introduced to the club but believes it spread within the venue’s gym.

“We had a seeding event — its amplification in the setting of a gym — and that has seeded a number of other workplaces and led to people’s exposure in the community [at] a number of venues we have announced,” Dr Chant said, urging the public to go to the NSW Health website and check the list of venues issued health alerts.

The latest NSW Health surveillance report found almost half of the locally acquired cases detected last week waited more than three days to get tested after the onset of symptoms.

Three of the five COVID-positive people with no known links to confirmed cases or clusters did not get tested or self-isolate until at least four days after their symptoms appeared.

Ms Berejiklian said too many people believed mild symptoms were “nothing to worry about”.

“You have to assume it’s COVID,” she said. “We don’t want to see the virus spread, we don’t want you to infect your loved ones because often that’s what happens. They might wait a few days to get tested because they don’t think it’s urgent but meanwhile they may have unintentionally infected the rest of their household, their work colleagues and anyone they have gone out to dinner with.”

“One person in a fortnight or a couple of days can really infect so many others.”

One of Friday’s new cases attended Anytime Fitness gym in Marrickville on Monday, August 24, between 7pm and 8pm.

Anyone at the gym at this time is considered a close contact and is required to get tested immediately and self-isolate for 14 days until September 8.

Meanwhile, all staff and students at Ryde Secondary College have been asked to self-isolate and learn from home after a staff member tested positive.

St Gertrude’s Primary School at Smithfield, near Fairfield, also closed on Friday, along with Double Bay Public School in Sydney’s east and Homebush Public School in the west after a staff member at each school tested positive.

A case was also diagnosed in a resident who had spent some time in border communities, which brought two NSW residents in close contact. They are being monitored and will remain in isolation for 14 days.

People who attended the following venues are considered casual contacts and are advised to monitor for symptoms, and immediately isolate and get tested if they occur:

NSW Health is treating 69 COVID-19 cases, including six in intensive care, four of whom are ventilated. Of the cases, 83 per cent are in non-acute, out-of-hospital care.