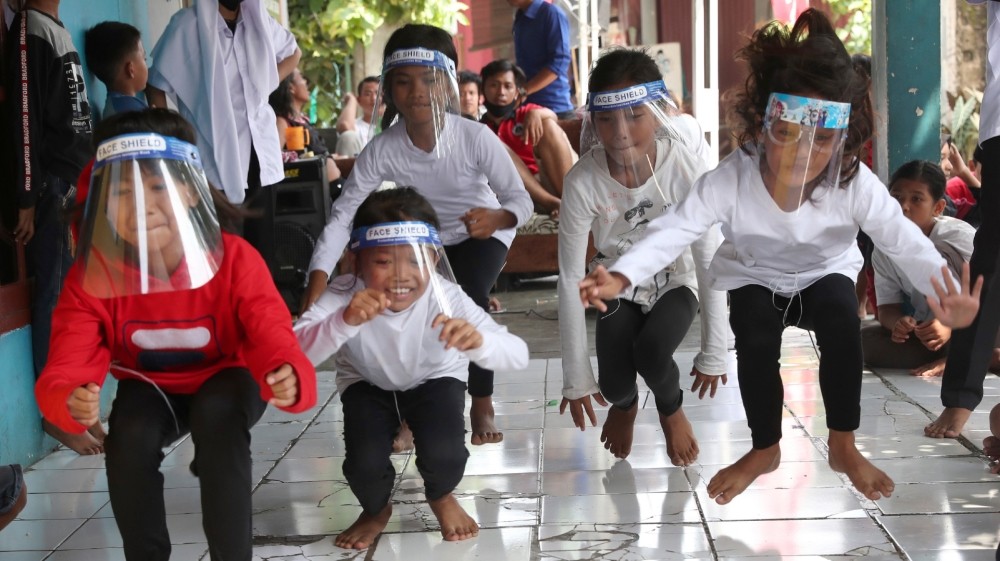 The number of coronavirus cases in Latin America surpassed seven million, as legislators in Argentina’s capital passed a law allowing relatives to maintain a bedside vigil for patients dying of COVID-19.

Africa Centers for Disease Control and Prevention’s John Nkengasong said 23 of Africa’s 54 countries have reported a sustained decrease in new confirmed coronavirus cases in the past couple of weeks.


More than 24.3 million people around the world have been diagnosed with the coronavirus, and 15.8 million have recovered, according to Johns Hopkins University. More than 828,000 people have died.

India reported a record daily jump of 77,266 coronavirus cases in the past 24 hours, taking the country’s total to 3.39 million.

India has reported the highest single-day caseload in the world every day since August 7, a Reuters tally showed, and is the third-most affected country behind only the United States and Brazil.

Catholic nuns from the Missionaries of Charity, the global order of nuns founded by Saint Mother Teresa, wear protective face shields as they prepare to distribute free snacks and tea among the poor in Kolkata, India [Rupak De Chowdhuri/ Reuters]

Venezuelan security forces and authorities under President Nicolas Maduro have used the coronavirus pandemic as an excuse to crack down on dissenting voices, Human Rights Watch reported.

Some critics have been physically abused to levels bordering on torture, it said in a report listing 162 such cases from March through June.

“In Venezuela today, you can’t even share a private message criticizing the Maduro government via WhatsApp without fear of being prosecuted,” said Jose Miguel Vivanco, Americas director at Human Rights Watch.

US President Donald Trump pledged to “crush” the coronavirus pandemic with a vaccine by the end of the year, as he accepted the Republican Party’s presidential nomination for a second term.

“We are marshaling America’s scientific genius to produce a vaccine in record time,” Trump said.

“We will have a safe and effective vaccine this year and together we will crush the virus.”

Ramesh Rajasingham, the UN’s deputy emergency relief coordinator, said COVID-19 is having a dramatic impact on health services in Syria, where limited testing is obscuring the real extent of the pandemic.

Official COVID-19 figures suggest community transmission of the coronavirus is widespread in Syria, he told the UN Security Council, with the majority of the 2,440 cases confirmed by the Ministry of Health not traceable to any known source.

“Reports of healthcare facilities filling up, of rising numbers of death notices and burials, all seem to indicate that actual cases far exceed official figures,” he told the UN Security Council.

Chung Sye-kyun, the prime minister of South Korea, extended social distancing rules in the Seoul metropolitan area for one more week amid another triple-digit increase in daily coronavirus cases.

The phase two restrictions, which ban gatherings of more than 50 people indoors, were due to expire this weekend.

Chung said there are growing calls to elevate the distancing requirements to the highest level on the three-phase level, but thart remains “the choice of last resort given its economic and social repercussions”.

The Korea Centers for Disease Control and Prevention (KCDC) reported 371 new coronavirus cases as of midnight Thursday, bringing the country’s total to 19,077, including 316 deaths.

The United States added 931 new coronavirus deaths in the past 24 hours, bringing the country’s total death toll to 180,527.

Havana’s governor announced an overnight curfew, ban on travel from the Cuban capital to other provinces and greater restrictions on the circulation of vehicles in a bid to curb a new peak in coronavirus cases.

The new measures will come into effect on September 1 for 15 days, Reinaldo García Zapata said on state television, at which point the situation will be re-assessed.

Australia’s second-most populous state – the epicentre of the country’s latest COVID-19 outbreak – said it detected 113 new cases in the past 24 hours, a number that remained unchanged from the previous day.

Strict lockdown measures have helped ease the daily rise of COVID-19 infections in Victoria after the state hit a one-day high of more than 700 cases about three weeks ago.

Australia has now recorded nearly 25,500 COVID-19 infections nationwide, while the death toll rose to 584 after 12 people died in Victoria.

Health workers in the Argentine capital will be instructed to allow family members to maintain a bedside vigil for dying COVID-19 patients under a new law approved on Thursday.

“In much of the world, the coronavirus has been defined as the disease of loneliness. There are many cases where people said their loved ones died because they felt alone,” said Facundo Del Gaiso, the city congressman who introduced the bill.

The measure allows one family member, between the ages of 18 and 60, to keep vigil with the dying patient, with the exception of pregnant women or people with medical conditions.

Children and young people are far less likely than adults to get severe cases of COVID-19 infection, and death from the disease among children is exceptionally rare, according to research published in the British Medical Journal.

A study of COVID-19 patients admitted to 138 hospitals in the United Kingdom between January 17 and July 13 found that less than one percent were children, and of those, fewer than one percent – or six in total – died, all of whom were already suffering serious illness or underlying health disorders.

“We can be quite sure that COVID in itself is not causing harm to children on a significant scale,” said Calum Semple, a professor of outbreak medicine and child health at the University of Liverpool, who co-led the work.


THE BOTTOM LINE | How did reopening schools become a political issue in the US? (24:52)

“The highest-level message really has to be that [in children with COVID-19] severe disease is rare, and death is vanishingly rare – and that [parents] should be comforted that their children are not at direct harm by going back into school,” he told a briefing.

While the overall risk of children getting severe COVID is “tiny”, the researchers said, children of Black ethnicity and those with obesity are disproportionately affected, as previous studies in adults have found.

Coronavirus cases passed the seven million mark in Latin America, according to a Reuters tally, even as some countries begin to show a slight decline in infections in the region with the world’s highest level of contagion.

The daily average of cases fell to about 77,800 in the last seven days through Wednesday, against almost 85,000 the previous week, the tally based on government figures showed.

For all the key developments from yesterday, August 27, go here.