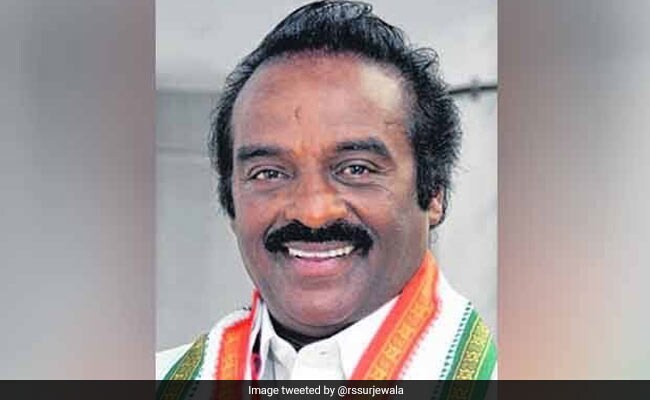 Congress MP from Tamil Nadu’s Kanyakumari, H Vasanthakumar, who had tested positive for the coronavirus, has died, hospital authorities in Chennai said on Friday.

The 70-year old leader was admitted to an Apollo Hospital in Chennai on August 10 with a coronavirus infection, the hospital had said.

He was in critical condition after contracting severe pneumonia and had been placed on ventilator support, doctors said.

“Despite all active medical measures, his condition deteriorated gradually due to COVID complications and he passed away today,” the hospital said.

Fondly called Annachi or brother, he is survived by his wife, two sons and a daughter, a party spokesperson said.

A first-time MP from Tamil Nadu, H Vasanthakumar had also been elected MLA twice in the past from the Nanguneri assembly constituency and was the working president of the state Congress committee.

From his humble beginnings as a salesman, H Vasanthakumar went on to have his smiling face on billboards and ads for his vast retail chain across Tamil Nadu.

Born on April 14, 1950, the lawmaker was the brother of Tamil Nadu Congress veteran and noted Tamil litterateur Kumari Ananthan. Telangana governor Tamilisai Soundararajan is his niece.

H Vasanthakumar is the second lawmaker in Tamil Nadu to die of COVID-19. Earlier, DMK MLA Palakadai Anbazhagan had died after contracting the coronavirus.

Saddened by the demise of Lok Sabha MP Shri H. Vasanthakumar Ji. His strides in business and social service efforts were noteworthy. During my interactions with him, I always saw his passion towards Tamil Nadu’s progress. Condolences to his family and supporters. Om Shanti. pic.twitter.com/SmuAK8ufAx

The news of Kanyakumari MP, Shri H Vasanthakumar’s untimely demise due to Covid-19 has come as a shock.

His commitment to the congress ideology of serving the people will remain in our hearts forever.

Heartfelt condolences to his friends and family members. pic.twitter.com/oqhrfQXEUD

Tamil Nadu Congress Committee President K S Alagiri said with his death, “a pillar of the state unit has fallen”. As a mark of respect, Mr Alagiri announced a week-long mourning, adding party flags will fly at half-mast and all party events are being cancelled.

Makkal Needhi Maiam chief Kamal Haasan, actor Rajinikanth,PMK and MDMK leaders S Ramadoss and Vaiko were also among those who condoled the death.