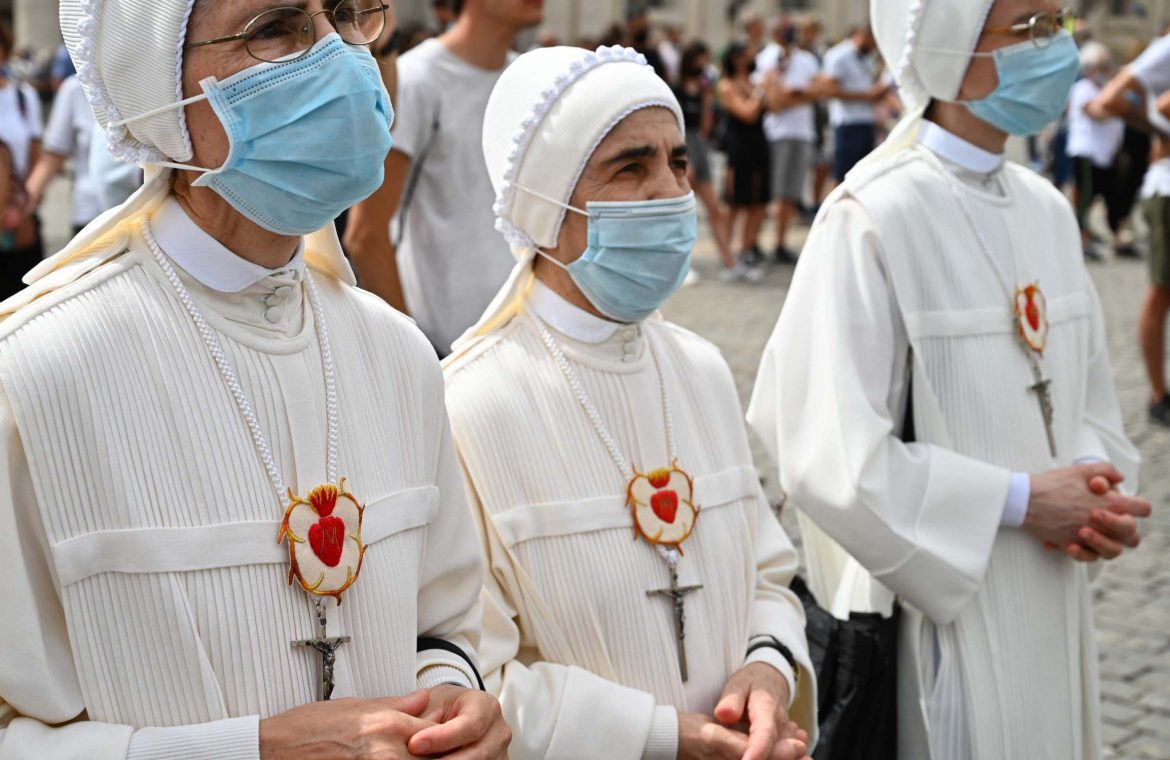 The UK is facing up to 50,000 unnecessary deaths because Boris Johnson’s government “consciously allowed” coronavirus to spread, a former chief scientific adviser has said.

Sir David King, who founded the Independent Sage group, described the official response to the pandemic as a “complete cock-up by government”, driven in part by a desire to maintain secrecy around the scientific advice it was receiving.

This come as the Conservative’s Charles Walker, deputy chair of the 1922 Committee, warned that the prime minister’s U-turns are creating a “climate of uncertainty”, making it “increasingly difficult” for Tory MPs to defend government policy.

India has registered 78,761 new coronavirus cases – the biggest single-day spike in the world since the pandemic began, just as the government began easing restrictions to help the battered economy.

The surge raised India’s tally to over 3.5 million and came as the government announced the reopening of its underground rail network in New Delhi. The country also plans to move ahead with limited sports and religious events next month.

A country of 1.4 billion people, India now has the fastest-growing daily coronavirus caseload of any country in the world, reporting more than 75,000 new cases for four straight days.

One of the reasons is testing: India now conducts nearly 1 million tests every day, compared with just 200,000 two months ago.

A significant feature of India’s Covid-19 management, however, is the growing rate of recovered patients. The recovery rate today reached nearly 76.5 per cent.

Thousands of pounds worth of equipment has been seized and dozens of reports made to police about possible breaches of restrictions as new lockdown rules came into force.

Under the new measures, which started on Friday ahead of the bank holiday weekend, organisers of illegal raves will be hit with £10,000 fines.

West Midlands Police said it had dealt with about 90 reports from the public about possible breaches of restrictions by Sunday morning “but we’ve not had to use our enforcement powers”.

The force said the weekend had so far “been dominated by reports of house parties, rather than the really big gatherings we’ve seen earlier in recent weeks”.

Also on Sunday, Welsh police said they were in attendance “at a large gathering of people for a rave in the Banwen area” in Neath Port Talbot.

And in West Yorkshire a man was arrested and fined after DJing at a street party on Wepener Mount, Harehills on Saturday, while five other people at the gathering were fined.

Business has warned chancellor Rishi Sunak not to choke off Britain’s recovery from the coronavirus pandemic with new taxes, writes Andrew Woodcock.

The call came amid fears of a new wave of redundancies as Mr Sunak scales back his Job Retention Scheme on Tuesday, with the Treasury cutting support for workers’ monthly wages from 80 to 70 per cent and requiring employers to contribute up to £312 a month for each furloughed staff member.

Labour today renewed calls for furlough – due to end altogether in November – to be extended for the worst-hit industries, like aerospace and automotive.

University campuses could become ground zero for a second wave of coronavirus, experts have warned as students prepare to start their term, a union has warned.

As institutions start teaching next month, the University and College Union (UCU) has warned the government is “encouraging a public health crisis”.

“Moving a million plus students around the country is a recipe for disaster and risks leaving ill-prepared universities as the care homes of a second wave,” Jo Grady, the general secretary, has said.

Not all French classrooms can reopen safely, education minister admits

Not all French classrooms can safely reopen on Tuesday, France’s education minister has acknowledged amid a persistent rise in coronavirus infections that is threatening the government’s push to get France’s 12.9 million schoolchildren back in class.

“It’s being decided by a day-by-day analysis based on the health situation of each territory,” Jean-Michel Blanquer told France-Info radio.

Some classes will remain closed, he said, but “as few as possible”.

A collective of doctors published an appeal on Saturday saying the governments’ school virus measures aren’t strict enough. It urged mask requirements for children as young as six and a mix of online and in-person schooling.

The government wants to reopen all schools starting Tuesday to reduce learning gaps worsened by the spring lockdown, and to get parents back at work and revive the economy.

France reported 5,453 new daily infections on Saturday, compared to several hundred a day in May and June.

The national health service says the growth is exponential, and neighbouring countries have imposed quarantines or testing for people arriving from parts or all of France.

Ministers keen for employees to return to workplaces, Barclay says

Ministers have stepped up calls for employees to return to their workplaces next week.

chief secretary to the Treasury Stephen Barclay said the government was “keen” for people to stop working from home where possible.

The comments followed conflicting signals on the issue from Cabinet ministers in recent days.

Mr Barclay told Times Radio: “We are keen to get people back in the office.

“We think that’s best for the economy to get back to normal as part of our recovery.

“The whole purpose of the furlough scheme has been to retain that link between the employee and their business.

“Obviously, people coming back as the furlough scheme starts to unwind, back into the workplace in a more active way.

“So, we are keen to see that take place.

“Clearly, these are conversations that businesses will be having with their staff.”

The Home Office has made a U-turn on a decision to cut financial support for trafficking victims during the pandemic days before legal action is due to take place, The Independent can reveal.

Hundreds of people recognised as potential survivors of modern slavery who had been placed in hotels and other interim accommodation during lockdown stopped receiving their weekly government allowance – which is designed to aid their recovery – without warning in July.

The Home Office was due in court next week to face lawyers arguing that the government should reinstate support to all potential modern slavery survivors in initial asylum accommodation, in line with the law.

However, on Thursday, days before the court hearing, the department made changes to its modern slavery guidance to state that this group would continue to receive support, although the rate was reduced from £35 per week to £25.40 – which campaigners said was “nowhere near enough”.

South Korea reported its 17th day of triple-digit rises in coronavirus infections on Sunday, as restrictions on onsite dining at restaurants, pubs and bakeries in the densely populated Seoul area take effect.

There were 299 new infections as of Saturday midnight, the slowest daily rise in five days, bringing the national tally to 19,699 cases of the new coronavirus and 323 COVID-19 deaths, the Korea Centers for Disease Control and Prevention (KCDC) said.

On Friday, the country extended Phase 2 social distancing rules – the second strictest level – for at least another week and announced tougher rules on places with high risks of virus spread.

Onsite dining at restaurants, pubs and bakeries in the Seoul area is banned between 9pm and 5am, while coffee shops, some of which have been identified as hotspots, are restricted to takeout and delivery until midnight on 6 September.

Churches, nightclubs, indoor sports facilities and most schools in the area are already closed, and masks are mandatory in public places.

Global coronavirus cases surged past 25 million on Sunday, according to data from Johns Hopkins University, revealing steady growth in the pandemic as its epicentre shifts again.

India’s daily new case numbers have surpassed those of the United States and Brazil, the two countries worst hit by the pandemic, for more than three weeks.

Around the world, there have been more than 840,000 deaths, considered a lagging indicator given the two-week incubation period of the virus.

The Tories and Labour are neck and neck in a new opinion poll.

The snapshot survey by Opinium puts both parties on 40 per cent each when it comes to voting intentions.

It marks the first time the Conservatives have not been ahead of Labour in an Opinium survey for 13 months.

Nearly half of voters, 47 per cent, disapprove of the government’s handling of coronavirus, compared to less than a third, 31 per cent, who approve, according to the poll.

With English schools reopening next week, 63 per cent of parents with school age children say it is safe for primary schools to do so. And 60 per cent back pupils returning to secondary schools.

But pupils aged 14-15 appear most concerned about returning to class as 45 per cent of parents with children in this age group say their child is worried, against to 48 per cent who say they are not.

More than half of adults surveyed, 52 per cent, support making face masks compulsory for children in school, with 22 per cent neither supporting nor opposing, and 19% against such a move.