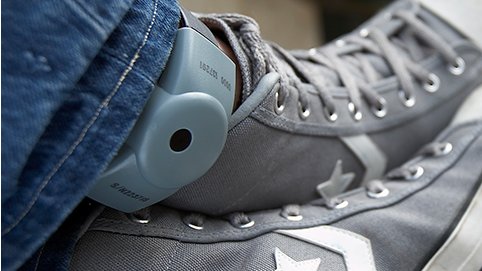 A 53-year-old man accused of breaching quarantine directions and sparking a COVID-19 scare at a Perth pub is set to become the first person in the country to be fitted with a tracking ankle bracelet.

Key points:The alleged offence occurred just hours after the man landed in WAHe was tested for COVID-19 but returned a negative resultIf convicted, he faces a hefty fine or up to 12 months in prison

Police allege Paul John Lawrence had been visiting family in Queensland and returned to WA on Friday without first applying for permission to return to the state.

Acting Deputy Commissioner Paul Steel said Mr Lawrence complained of chest pains when he arrived at Perth Airport so was taken to hospital for treatment.

It is alleged he then defied a direction to wait for transport to a quarantine hotel and instead left the hospital and checked into a backpacker hostel in Northbridge.

Mr Lawrence was found by police at the Hotel Northbridge soon after, and the pub was closed overnight as a precaution.

WA Police Minister Michelle Roberts said he was now under police guard in hotel quarantine and had tested negative for coronavirus.

She said work was being done to progress a direction under the Emergency Management Act to have Mr Lawrence fitted with an ankle bracelet for the remainder of his time in quarantine.

The hotel was closed for the night and cleaned thoroughly as a precaution.(ABC News: Greg Pollock)

She said she believed it would be the first direction of its kind in the country.

“It’s something that we contemplated as a Government earlier in the year, we put the legislation through in April,” she said.

“These are GPS ankle bracelets. We purchased 200 of them for this exact purpose and, as I understand it, the state emergency coordinator is progressing a direction so we can do just that.

“We’re not about putting ankle bracelets on people that don’t need them or having additional requirements where they’re not required.

“It will be assessed on a case by case basis [and] this person has proven themselves to be someone that can’t be trusted, and that’s why this action will be taken.”

Ms Roberts said she hoped Mr Lawrence would be fitted with one of the tracking devices within 24 hours, however she added it was important it was done properly.

“We need to be sure that we follow the law exactly and that there can be no challenge to this,” she said.

Mr Lawrence will be summonsed for failing to comply with official directions and is set to appear in court at a later date.

While Ms Roberts said the incident would be reviewed — like all recent breaches of quarantine in the state — she laid a large portion of the blame at the feet of the Commonwealth.

“One of the things I’m not happy with is the fact people are able to get on a plane in the eastern states and come to Western Australia without a G2G pass,” she said.

“We have had discussions with both the ABF (Australian Border Force) and the AFP (Australian Federal Police) asking them if they will regulate that at airports, but unfortunately that doesn’t seem to be a priority for the Commonwealth to make those checks.”

While Mr Lawrence’s COVID-19 test came back negative on Saturday, the alleged breach caused a scare for patrons who had been at the pub, with reports of mixed messages between police and health officials.

Patrons at the Hotel Northbridge said when the venue closed on Friday evening they were required to provide their details to police and told to go home, self-isolate and get tested for the virus.

Patrons at Hotel Northbridge had to provide police with their details before leaving.(Supplied)

However, when patrons presented to a COVID-19 clinic on Saturday morning they were told they would not be tested.

Ms Roberts defended the way the situation had been handled.

“Police have progressed this very quickly, they’ve given the advice that they believe appropriate at the time,” she said.

“I can see why Health [clinic staff] would be correct, why there’d be little point immediately after having contact with someone who potentially had COVID in having the test.

“What I would say to people is what I think is the health advice, is that you would contemplate isolating yourself, being very careful and that you would get a test maybe in a few days’ time or if you had any symptoms whatsoever.”

When asked who was responsible for Mr Lawrence while he was at the hospital where the alleged breach happened, Ms Roberts said she would be getting advice from the state emergency coordinator on that in the coming days.

WA’s shadow health spokesman, Zak Kirkup, said he believed the State Government was running on luck amid the pandemic.

“The reality is that the Government, I think, has been leveraging our isolation, has been hoping that everything is OK and under control.

“What we know is that we’ve seen breach after breach.”

In light of the alleged breach in Northbridge on Friday, Mr Kirkup reiterated the Opposition’s calls for the State Government to hold an independent inquiry.

“We’ve called for nearly a month now to have an independent expert inquiry into our hotel quarantine arrangements, and really the state’s preparation for COVID-19 more broadly,” he said.

“What this [the alleged breach] has done is expose the so-called hard border and the reliance on our hotel quarantine system. It is a problem.

“You can’t have a situation where the Government fails to take any responsibility for these breaches.

“We need to see leadership from the Government, acknowledge that there’s been some errors and give us a clear plan about how they’re going to fix them.”