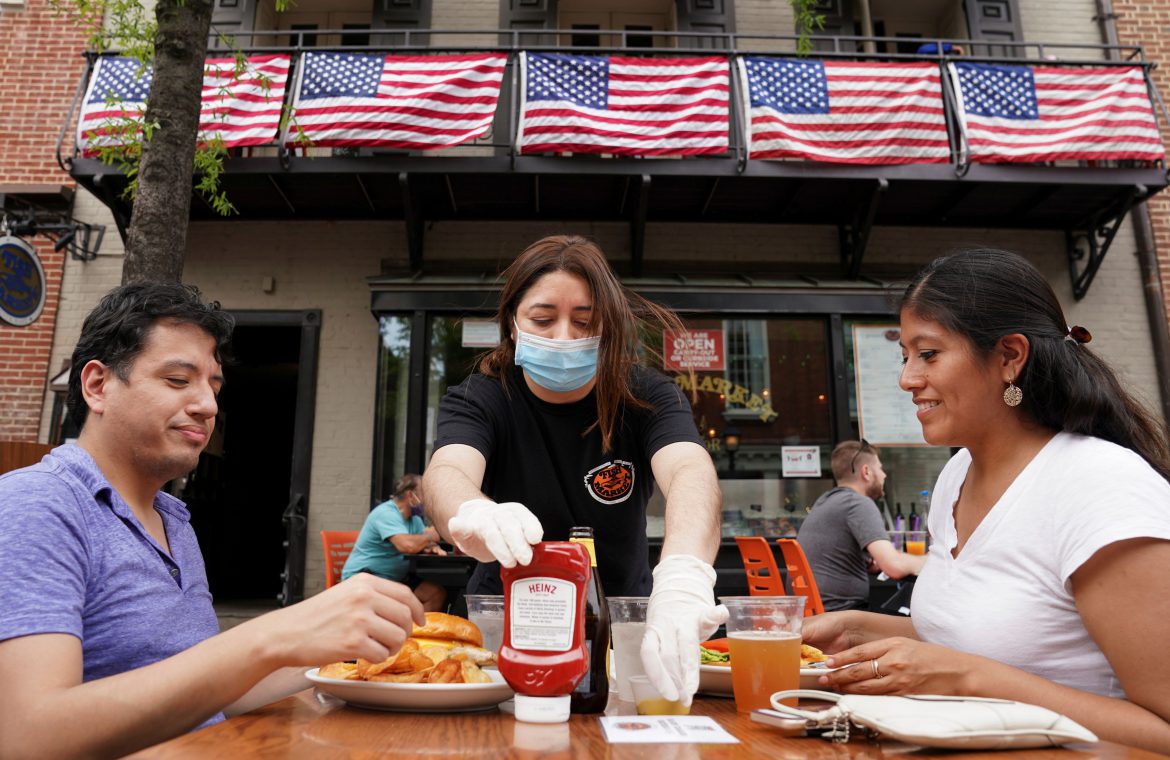 A waitress serves diners at a restaurant in Alexandria, Virginia, on May 29.

The economic uncertainty brought on by the coronavirus has spared no generation of American workers. But a recent survey found that young professionals could be bearing the brunt of the financial stress.

One big consequence of that pressure is burnout, with 85% of young Americans reporting they feel pushed to the limit in at least one area when it comes to their jobs, managing their finances, studying or social media, according to a recent survey from TD Ameritrade.

“They’re just starting off and trying to get their footing in general,” said Molly Passantino, senior specialist of retirement and annuities at TD Ameritrade. “Now there’s an additional setback with the coronavirus.”

More from Personal Finance:
Three steps to save money during Medicare open enrollment
The payroll tax holiday is about to kick off. Your boss isn’t ready
What you need to know about claiming Social Security benefits now

About 1 in 3 young Americans reported that they had been laid off or put on temporary leave, TD Ameritrade found.

The numbers are particularly stark for members of Gen Z (ages 15 to 22), who are almost three times more likely to be laid off than their older counterparts. One reason is that younger workers are more likely to work in service positions.

Meanwhile, 63% of young Americans are worried they will lose their jobs, versus 52% of Americans overall.

TD Ameritrade’s survey focused on young Americans ages 15 to 29, and was conducted online between February and April. Since that time, the economy has struggled to reopen amid rising coronavirus case numbers in some parts of the country. Meanwhile, Congress has struggled to agree on additional stimulus relief.

The tasks that cause the most financial burnout, according to survey respondents, are saving and budgeting, likely due to the more limited cash flow many are experiencing.

That was followed by car maintenance, shopping for insurance, investing, managing and paying for student loans, retirement planning or splitting bills with friends or roommates.

Meanwhile, a majority of young Americans said they are “living like they are broke” rather than above their means. That goes for 62% of Gen Z and 59% of young millennials.

If you need help, there’s plenty of resources that you can get for your specific situation.

senior specialist of retirement and annuities at TD Ameritrade

With both generations feeling frazzled by their short-term financial needs, that means long-term planning falls by the wayside. More than half of respondents agreed with the statement, “Just thinking about retirement makes me feel burned out.”

Millennial women, in particular, are most likely to feel that they don’t know where to start with retirement planning, the survey found.

One key to combating this is to remember that there are resources to help you with planning, whether it be a professional money coach or a budgeting app, Passantino said.

“This is not something you need to do alone,” she added. “If you need help, there’s plenty of resources that you can get for your specific situation.”