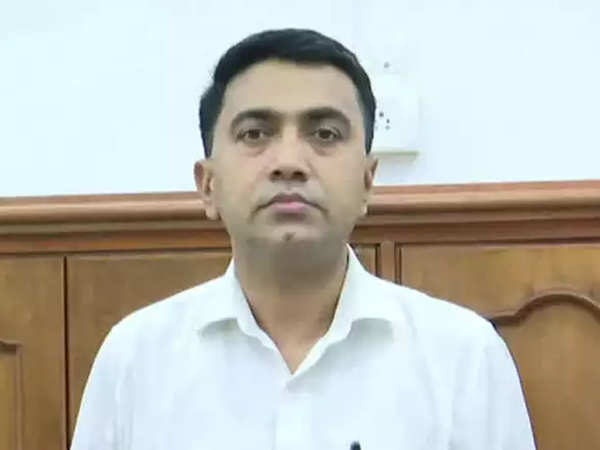 I wish to inform all that I have been detected COVID19 positive. I am asymptomatic and hence have opted for home is… https://t.co/B5SHyjfLGq

Unlocked Bengaluru is at second spot among cities in active casesTech capital Bengaluru reported 3,495 Covid-19 positive cases on Independence Day, its biggest single-day jump yet since the first on March 9. It has become the second major city after Pune with the highest number of active Covid-19 cases, even as the caseload is falling in Mumbai, Chennai and Delhi, where it had surged steeply about two months ago.The sharp rise does not, however, surprise experts. This is because the state government has opened up all spheres of economic activity permitted by the Union home ministry.2,892 new COVID-19 cases in Telangana; 10 deaths up toll to 846Telangana continued to record an increase in coronavirus cases with 2,892 fresh infections and 10 more deaths, taking the tally in the state to 1.30 lakh.The case fatality rate in the state was 0.64 per cent, while it was 1.76 per cent at the national level.The total number of people who have recovered from COVID-19 so far stood at 97,402 while 32,341 are under treatment.The recovery rate in Telangana was 74.5 per cent, while it was 77.02 per cent in the country.India reports 78,357 new positive cases, case tally climbs to 37,69,524Single-day spike of 78,357 new positive cases & 1045 deaths reported in India, in the last 24 hours.COVID-19 case tally in the country stands at 37,69,524 including 8,01,282 active cases, 29,019,09 cured/discharged/migrated & 66,333 deaths: Ministry of Health and Family Welfare54% COVID-19 cases in 18-44 age group, 51% deaths among those over 60 years: Health Ministry”54% COVID-19 cases are in the 18-44 years age group but 51% deaths are in the 60 years and above age group,” MOHFW tweeted.According to the Ministry, there are 8% cases and 1% deaths below 17 years of age.14% of total coronavirus cases in India and 1% of deaths recorded among the 18-25 age group.In the 26-44 age bracket, 40% cases were reported and 11% deaths.36% deaths and 26% cases were registered among people from 45 to 60 years of age.51% fatalities and 12% cases were reported in the age group of 60 and above.Total number of Covid-19 test done in India

The total number of samples tested up to 1st September is 4,43,37,201 including 10,12,367 samples tested yesterday: Indian Council of Medical Research (ICMR)

Golf’s HSBC Champions in Shanghai cancelled due to COVID-19The International Federation of PGA Tours confirmed the inevitable on Wednesday when it cancelled the HSBC Champions World Golf Championships event in China.The tournament was scheduled for Oct. 29-Nov. 1 at Sheshan International Golf Club in Shanghai. The Chinese government announced in July that because of the COVID-19 pandemic, the country would not host international sports events for the rest of 2020.Liquid oxygen plant helps improve COVID-19 recovery rateA liquid oxygen plant set up at a government-run COVID-19 hospital in Maharashtra’s Jalna district has improved the recovery rate of patients and lowered the death rate, a senior health official said.The plant, inaugurated by state Health Minister Rajesh Tope on August 15, is equipped with bulk tanks which are filled periodically with liquid oxygen generated there. These tanks help supply oxygen to 100 patients at a time in the hospital, civil surgeon Archana Bhosale told PTI on Tuesday.US: Feds to ship fast COVID-19 tests to assisted living sitesA federal official said Tuesday the government plans to ship rapid coronavirus tests to assisted living facilities, moving to fill a testing gap for older adults who don’t need the constant attention of a nursing home.The tests will come from a supply of 150 million ordered from test maker Abbott Laboratories. Abbott’s rapid test, the size of a credit card, is the first that doesn’t require specialty computer equipment to process. It delivers results in about 15 minutes and is priced at $5, significantly lower than similar older tests.Mizoram: 8 new cases take Covid tally to 1,020

Eight new COVID-19 cases reported in Mizoram in the last 24 hours. Total cases in the state rise to 1020, including 610 discharged patients. Active cases stand at 410: Department of Information and Public Relations, Government of Mizoram

Uttarakhand: Boating services have resumed in Nainital.No question hour in monsoon session of ParliamentIn the wake of ongoing COVID-19 pandemic, there will be no question hour and private members’ business during the monsoon session, according to a notification issued by the Rajya Sabha Secretariat.However, zero hour and other proceedings will be held as per schedule. Monsoon session of Parliament is scheduled to begin from September 14 and conclude on October 1.Those who attend the session would be required to follow the necessary coronavirus protocols, including getting tested for COVID-19 within 72 hours.Serological survey shows 21.5% of those tested developed immunity against Covid-19A total of 21.5 per cent of those who were tested as part of a serological survey in Chennai were found to have developed immunity against coronavirus, the Greater Chennai Corporation (GCC) said.Samples of upwards of 12,000 people, who were selected at random, had been collected in July and tested as part of the test, which showed 21.5 per cent of people have developed immunity, GCC Commissioner Prakash said at a press conference here on Tuesday.Operating Protocols for commuter safety on Metro Rails to be shared soon: MoHUAA meeting to discuss standard operation protocols (SOPs) for the functioning of metro rails across the country from September 7 was held on Tuesday.The meeting was presided by the Secretary, Ministry of Housing & Urban Affairs (MoHUA), Durga Shanker Mishra, and CEOs of several metro corporations took part in it.”As per MHA’s Unlock 4 guidelines, Metro rails are allowed to operate across India from September 7, 2020. Today we had an extensive discussion with CEOs of Metro Companies across the country on the SOP to ensure full safety of commuters. SOPs will be finalised and shared soon,” the Secretary, MoHUA’s account read.Coronavirus infection in Nepal enters community transmission phase: Nepal Health MinistryIn a press briefing, the country’s Public Health Advisor, Dr Suresh Tiwari said that Nepal has entered community transmission in 12 districts, including its capital Kathmandu.”…12 districts and out of them, 4 have more than 1000 active cases till today. Combining it with other 8 districts — these 12 districts hosts around 73 per cent of the active cases. This has signalled that these 12 territories, or the pocket areas which we also can call hotspots have been adversely infected, with this we have reached to the point that there has been Community Transmission in these areas,” Tiwari said.
US says it won’t join global effort to find COVID-19 vaccineThe Trump administration said Tuesday that it will not work with an international cooperative effort to develop and distribute a COVID-19 vaccine because it does not want to be constrained by multilateral groups like the World Health Organization.The decision to go it alone, first reported by The Washington Post, follows the White House’s decision in early July to pull the United States out of the WHO. Trump claims the WHO is in need of reform and is heavily influenced by China.Vande Bharat: 153 stranded Indians depart from Thailand for New Delhi in Air India flightA special Air India flight from Thailand departed for New Delhi on Tuesday, carrying 153 stranded Indians, under the Vande Bharat Mission.”12th Vande Bharat Mission flight from Thailand to India – AI 335 from Bangkok to Delhi departed with 153 pax. Mission team sent off pax. Thanks to the Ministry of Foreign Affairs of Thailand, Thai Immigration, Ministry of External Affairs, Ministry of Civil Aviation and Air India,” Indian Embassy in Thailand tweeted.Now, weekend curbs only on Sundays in Noida, GhaziabadAll shops will remain closed and people’s outdoor movement restricted on Sundays in Gautam Buddh Nagar and Ghaziabad, according to a new order by the Uttar Pradesh government which has revised the curb timings in the state. The restrictions have been put in place in view of the outbreak of coronavirus, the order stated.The restrictions will begin from Saturday midnight and continue till the next 24 hours, local officials said.No lockdown in Madhya Pradesh on SundaysThere will be no lockdown in Madhya Pradesh on Sundays, an order by Madhya Pradesh Government government said on Tuesday.The order referred to a decision of August 6 which said lockdown will be imposed every Sunday. “The order to impose lockdown has been repealed by the government with immediate effect,” it said.The guidelines for Unlock 4 released by Home Ministry have come into force from September 1.Mizoram issues new unlock guidelineNight curfew will be clamped in all district headquarters, including state capital Aizawl from 8:30 pm to 4:30 am.All commercial activities in the state will function normally. Apart from maintaining the coronavirus safety protocol, all shops have to keep detailed records of their customers.Weddings, funeral and anniversary celebrations are allowed with a ceiling of 50 attendees and that of sports practice with 25 attendees.Passenger flights are allowed to operate only Mondays, Thursdays and Saturdays.Inter-state movement of people will be allowed only on Mondays, Thursdays and Saturdays.Andhra govt focussing to reduce COVID-19 mortality rate: KS Jawahar ReddyThe main focus of Andhra Pradesh government is to further reduce COVID-19 mortality rate, said Medical and Health Department Special Chief Secretary KS Jawahar Reddy on Tuesday.Speaking to the media, he said that the mortality rate in the state is under control and some districts registered fewer deaths in comparison to their past record. Nellore, Chittoor, and Prakasam districts have registered an increase in deaths while Anantapur, Guntur, Krishna, Visakhapatnam and Srikakulam districts witnessed a decline.