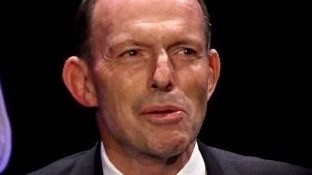 Former prime minister Tony Abbott has called for COVID-19 restrictions to be relaxed, arguing officials have become trapped in “crisis mode” and that governments need to consider “uncomfortable questions” about the number of deaths they are prepared to live with.

Key points:Mr Abbott said governments approached the pandemic like “trauma doctors instead of thinking like health economists”He accused Victorian Premier Daniel Andrews of wanting to extend a “health dictatorship” by pushing for an extension of state of emergency powersHe said the media had spread “virus hysteria” and people should be allowed to make their own decisions

Speaking in London to the UK think tank Policy Exchange, Mr Abbott said the media had spread “virus hysteria” and people should be allowed to make their own decisions.

“From a health perspective, this pandemic has been serious. From an economic perspective, it’s been disastrous,” he said.

“But I suspect that it’s from an overall wellbeing perspective that it will turn out worst of all. Because this is what happens when for much more than a mere moment, we let fear of falling sick stop us from being fully alive.

“Now that each one of us has had six months to consider this pandemic, and to make our own judgements about it, surely it’s time to relax the rules so that individuals can take more personal responsibility and make more of their own decisions about the risks they’re prepared to run.”

Mr Abbott said in hindsight, there had not been enough attention paid to keeping coronavirus out of aged care facilities.

For the latest news on the COVID-19 pandemic read our coronavirus updates story.

But he questioned a strategy that he argued had been adopted by most countries, of preserving “almost every life at almost any cost.”

“So far, with Sweden the most notable exception, governments have approached the pandemic like trauma doctors instead of thinking like health economists, trained to pose uncomfortable questions about a level of deaths we might have to live with,” he said.

“Even if mandatory shutdown [in Australia] really was all that avoided the initially predicted 150,000 deaths, that still works out at about $2 million per life saved.

“And if the average age of those who would have died is 80, even with roughly 10 years of expected life left, that’s still $200,000 per quality life year or substantially beyond what governments are usually prepared to pay for life-saving drugs.”

Mr Abbott argued governments had shifted from trying to flatten the curve to achieving zero community transmission, a move he said had been justified by following the medical advice of “unaccountable experts.”

He also said some officials were trapped in “crisis mode” longer than they needed to be, because it boosted their public standing, and accused Victorian Premier Daniel Andrews of wanting to extend a “health dictatorship” by pushing for an extension of state of emergency powers.

“There is absolutely no doubt that we had got to the stage in Australia of virtually zero community transmission, until the extraordinary ineptitude of the Victorian Government in the management of its hotel quarantine system produced what has been the biggest outbreak in Australia so far, responded to with the most severe lockdown tried anywhere in the world outside of Wuhan itself,” he added.

Mr Abbott would not comment on reports that he is set to join Britain’s Board of Trade.

He said he applied for an exemption to Australia’s international travel ban in the “normal way” and that the trip to the UK, and his hotel quarantine on return, would be privately funded.

He also predicted Australia’s borders would open gradually over the next few months.

“But I think we can expect quarantine limitations and quarantine requirements to exist for quite some time to come.”