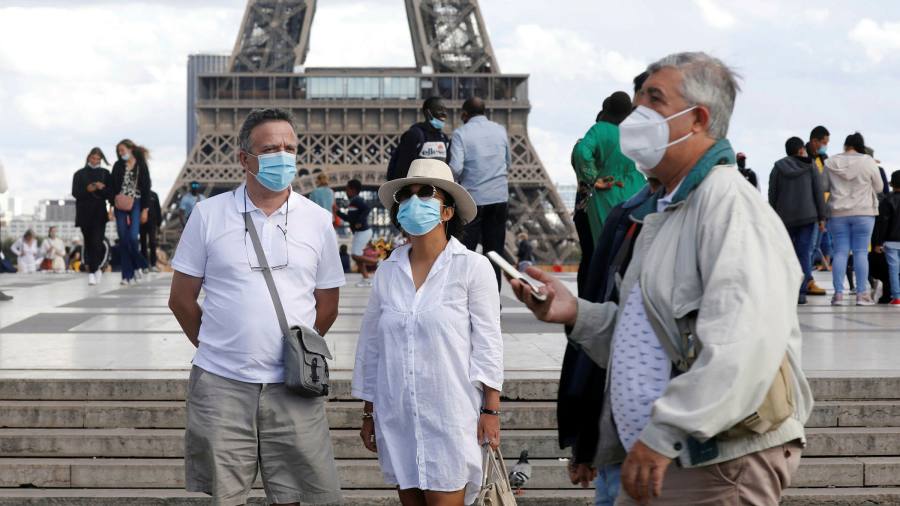 The British government is “worried” about a rise in Covid-19 hospital admissions in France and Spain, concerned that young people could be infecting the more vulnerable.

However, health secretary Matt Hancock argued that the implementation of a “package” of protective measures such as social distancing could prevent a similar surge in cases from occurring in the UK.

“We are very worried about it,” he told BBC Radio 4’s Today programme on Thursday. “But what I am also saying to you is that we have the lines of defence in this country. Everyone has a part to play: the first line of defence, social distancing, the next line of defence test and trace and then if we have to, going into local lockdowns. And we have the quarantine which is working.”

Hospital admission rates across Europe, including the UK, have fallen in recent months, a phenomenon sometimes ascribed to the fact that, as lockdowns have lifted, more young people have become infected.

But Mr Hancock fears that European countries may now be witnessing a lag effect, where young people, who are more commonly asymptomatic and less likely to require hospital treatment, are passing the illness to older family members.

“In other European countries we are seeing this big second spike — here the cases are broadly flat partly because our test and trace system is working so effectively, partly because of the quarantine and social distancing policies,” he told the BBC.

Mr Hancock warned last weekend that “extensive local lockdowns” might be needed in a reasonable worst-case scenario this autumn, or even further national action.

French officials were so concerned about a sharp rise in the number of coronavirus infections in recent days that they delayed the announcement of the government’s €100bn economic recovery plan by a week until Thursday. This was meant to give them time to get a grip on the resurgence of the virus.

French health officials said hospital admissions had so far not risen sharply but warned that they had already seen the phenomenon of more vulnerable victims being infected by younger people in Marseille.

Emmanuel Macron, France’s president, has warned that he could not rule out another economically damaging total lockdown but was hopeful it could be avoided if social distancing measures are rigorously enforced.

“We will do everything to avoid it, but if this virus continues to surprise us and our ‘test, trace and isolate’ measures are not enough, there might be — and we have to be very humble on this subject — new localised or nationwide lockdowns,” Mr Macron said on Friday last week.

There has also been a recent marked rise in patients entering hospital with Covid-19 in Spain, although levels of hospitalisations and deaths remain far below the peaks of March and April.

Over the past month, the number of people with coronavirus hospitalised during the preceding seven days has roughly tripled, as has the number of those admitted to intensive care.

According to Spanish health ministry figures, 1,831 Covid-19 patients were admitted to hospital and 137 to intensive care over the seven days to Wednesday.

During that time, 177 people who had contracted Covid-19 died, compared with a total of 25 in the seven days to August 5.

Statistics compiled by the European Centre for Disease Prevention and Control, an EU agency, put the current rate of infection in Spain far beyond anywhere else in Europe, at 227.5 cases per 100,000 of population over the past 14 days.

The Spanish government said it was especially concerned about Madrid, which accounts for almost a third of Spain’s 100,000 coronavirus infections over the past two weeks.

Covid-19 patients currently occupy about 15 per cent of hospital beds in the region — ahead of the return to school and the flu season, both of which are expected to put further pressure on the country’s health system.

Mr Hancock on Thursday also said that the government’s testing strategy was “going well”, and the £500m investment in rapid testing would improve public confidence, availability of testing and help to prevent transmission.

Don't Miss it Tens of thousands of people are lining up outside Centrelink offices around the country | ABC News
Up Next Russia registers nearly 5,000 new coronavirus cases: Live news | News