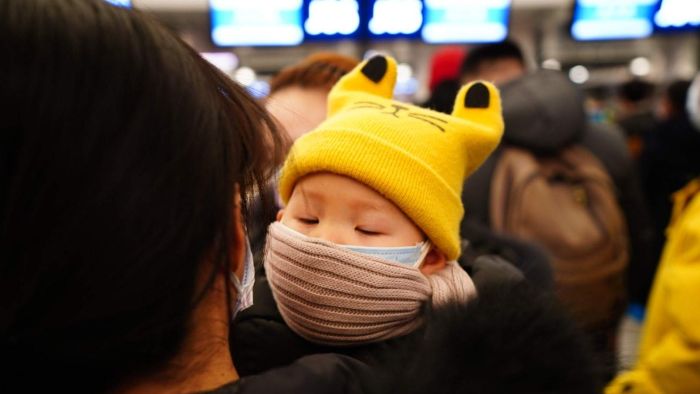 A rare inflammatory condition found in children and associated with COVID-19 has emerged in Australia, with one case confirmed so far.

The condition is mentioned alongside Kawasaki disease, which is also rare and potentially severe, because it has similar symptoms.

Experts stress the illness is very rare but the emergence of the condition earlier this year, and the deaths of children overseas, has prompted concerns.

Here is what we know so far.

Which children are most at risk?

The condition is found in areas with high cases of COVID-19.

So far, it looks like the only recorded cases are in Victoria, after Safer Care Victoria issued an alert on Thursday.

The median age of the kids with the syndrome in Victoria is nine, and it is more common in boys, who are obese and with ethnicities other than Anglo-European.

Medical experts say the symptoms of the illness can show up two to six weeks after being diagnosed with COVID-19, even in children who didn’t have any symptoms.

For the latest news on the COVID-19 pandemic read our coronavirus live blog.

Safer Care Victoria warns that there are likely to be more children with the condition in Australia, although it is a rare complication.

Cases of the syndrome usually increase in the months after COVID-19 cases peak in an area.(Reuters: Borja Suarez)How many children have PIMS-TS in Australia?

Paediatric infectious diseases clinician and researcher David Burgner, from the Murdoch Children’s Research Institute in Melbourne, says there has been one confirmed case in Australia and other possible cases are under investigation.

Professor Burgner has told Australian Doctor there may have been other cases in the past, but those patients couldn’t be conclusively diagnosed as having PIMS-TS.

“Every time there’s a possible case, doctors get together to discuss whether it fits the criteria,” he said.

“Other cases have been discussed with varying degrees of certainty.”

Doctors in Victoria have been urged to look out for children who might have the rare complication after it was reported in an undisclosed number of Victorian children.

Cases of the syndrome usually increase in the months after COVID-19 cases peak in an area.

It’s also worth noting that 186 cases of the condition have been recorded in the United States, according to the US Centers for Disease Control and Prevention.

That is out of more than 6 million cases of COVID-19 in the country.

In the US, the condition is called Multisystem Inflammatory Syndrome in Children, or MIS-C.

At least half of the patients with the condition can end up in intensive care with heart issues.

Why is it often linked to Kawasaki disease or toxic shock syndrome?

Mostly because the symptoms are similar.

In April this year, UK health authorities reported as many as 12 children, some of whom tested positive to COVID-19, were seriously ill in hospital with severe inflammation.

It prompted health authorities there to issue an alert warning that the condition could be related to COVID-19 in children, or that there “may be another as-yet-unidentified infectious pathogen associated with these cases”.

Read more about coronavirus:What have Australian authorities had to say about PIMS-TS? There are usually 200 to 300 cases of Kawasaki disease diagnosed in Australia each year.(Unsplash:Krzysztof Kowalik)

When cases emerged overseas in May, before major outbreaks in Victoria, then-Chief Medical Officer Brendan Murphy told a senate committee the condition is rare.

“In those countries where there’s been a huge volume of infection — the US and the UK — there does seem to be an association between an increased incidence of this condition and potentially COVID-positive children,” he said.

“We think that it’s one of those rare things that has emerged because of the huge burden of the infected load in those countries.”

There are usually 200 to 300 cases of Kawasaki disease diagnosed in Australia each year, in the absence of COVID-19, according to the Department of Health.

“The CMO continues to engage with paediatric specialists nationally on this matter and Australia is in a good position to pick up an early signal of increased cases of Kawasaki disease over and above background seasonal variation,” a department spokeswoman said in May.