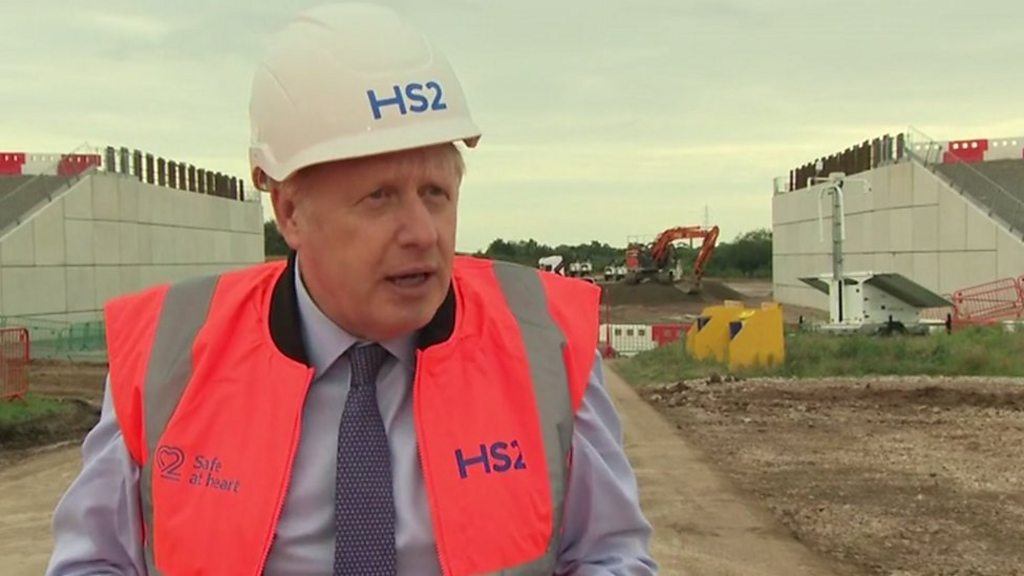 Coronavirus testing at airports may give a “false sense of security”, Prime Minister Boris Johnson has said, after suggestions it could be used to cut quarantine times for travellers.

Mr Johnson said testing on arrival would only identify 7% of virus cases.

It comes after a senior Tory MP backed calls from the struggling aviation sector to introduce airport testing.

But speaking during a visit to Solihull, the prime minister rejected Mr Davis’s comments, saying: “The quarantine system that we have has got to be an important part of our repertoire, of our toolbox, in fighting Covid.”

The BBC has been told a cabinet decision on whether to introduce airport testing has been repeatedly postponed and now may never happen.

Mr Johnson said while he understood “the difficulties” the airline industry was facing, “93% of the time you could have a real false sense of security, a false sense of confidence when you arrive and take a test”.

People entering the UK face 14 days of self-isolation unless they are travelling from countries that are exempt – a decision determined by the four nations’ separate authorities.

Mr Johnson also insisted the UK was “overwhelmingly… proceeding as one” with regards to quarantine rules, after his transport secretary admitted that different rules across the four nations were “confusing”.

Earlier, Grant Shapps defended the decision not to impose restrictions on people entering England from Greece and Portugal – despite Scotland and Wales deciding to do so.

He described Portugal as being on a “borderline”, adding that “the opinion of England and Northern Ireland is that it did not justify quarantine this week”.

Mr Shapps said the four nations “quite often come to slightly different outcomes, which I appreciate is confusing for people.”

In Wales, people must now quarantine for two weeks if they arrive from Portugal, Gibraltar or six Greek islands: Crete, Mykonos, Zakynthos (also known as Zante), Lesvos, Paros and Antiparos.

Arrivals to Scotland from Portugal and French Polynesia will have to self-isolate from 04:00 on Saturday. Scotland has already reintroduced quarantine for arrivals from Greece.

What are the quarantine rules for my holiday?

The rules apply to where passengers live not where they fly back to – so a traveller flying to England who lives in Wales must abide by Welsh quarantine rules.

Portugal, Greece and French Polynesia are still on England and Northern Ireland’s lists of travel corridors.

Heathrow’s chief executive, John Holland-Kaye, has been urging the government to introduce airport testing since May, arguing it will help save the economy.

Speaking before the prime minister’s comments, Mr Holland-Kaye told the BBC that on-site testing facilities had already been set up and they were “waiting for the government to give us the go-ahead”.

“It is frustrating that the government just has not made a decision to get on with this, when governments in other countries in Europe are getting on and making it happen,” he said.

Some countries, such as Iceland, offer travellers a choice on arrival if they have stayed in areas with high virus levels – anyone entering must either self-quarantine for 14 days or get tested for Covid-19.

It comes as a further 10 people have died within 28 days of testing positive for coronavirus in the UK, according to the latest figures.

Another 1,940 people have tested positive for the virus, bringing the total number of cases in the UK to 342,351.

SURVIVING THE VIRUS: My brother and Me

GOOD TROUBLE: Your new drama obsession – can these girls make it in LA?

Don't Miss it Coronavirus | India’s COVID-19 cases cross 4 million
Up Next US coronavirus: Death toll is projected to reach 410,000 in the next 4 months