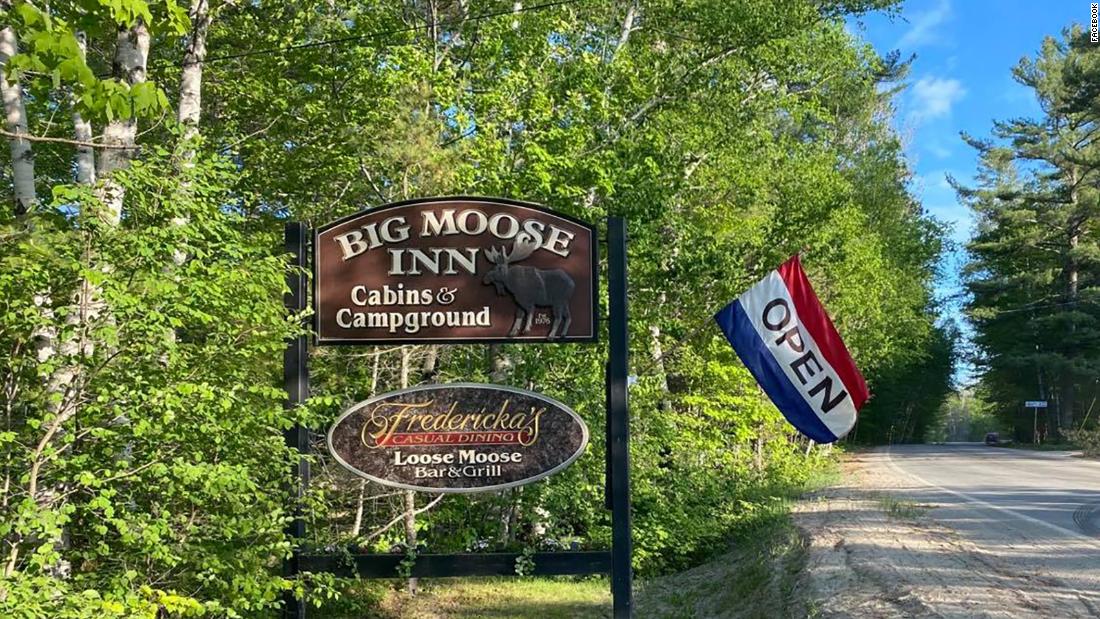 Also, a second person connected to the outbreak died of the virus in the past week, Maine Center for Disease Control and Prevention spokesman Robert Long told CNN.

The wedding was less than a month ago, in Millinocket on August 7. Since then, the cases have spread to a nursing home and a prison, both more than 100 miles away from the venue.

Last week, Maine CDC said 60 cases were linked to the wedding, but this week it had updated that number to 56. Now, there are 144 cases of coronavirus tied to what was supposed to be a joyous event, more than doubling the cases.

Covid cases at a jail and nursing home

The agency announced last week that there were outbreaks at Maplecrest Rehabilitation Center in Madison and at York County Jail in Alfred, both linked to the wedding event.

Now, 72 people connected to the York County Jail have tested positive for the virus, Long said. Of those, 46 are inmates, 19 work at the jail and seven are household members of those jail employees.

The jail is more than 220 miles away from where the reception was held. Maine CDC has been investigating the outbreak at the jail since August 21.

The outbreak at Maplecrest Rehabilitation and Living Center in Madison, which is more than 100 miles from the wedding venue, has also grown, according to Maine CDC.

An employee of the nursing home is a secondary case associated with the wedding outbreak. Sixteen people at Maplecrest have tested positive, including that person.

“What we are dealing with is a giant tube of glitter. You open a tube of glitter in your basement then two weeks later you are in the attic and all you find is glitter and have no idea how it got there,” Maine CDC Director, Dr. Nirav Shah said on August 25.

“That’s what Covid-19 is like. You open up glitter in Millinocket and next thing you know you are finding traces of it at a jail complex in York County. It’s just emblematic of how quickly, silently and efficiently it can spread.”

The wedding guests attended a reception at Big Moose Inn, according to the Maine CDC. The Big Moose Inn is a 37-acre property that includes a restaurant, cabins and campgrounds near Baxter State Park. The inn has hosted weddings since the 1970s and can accommodate 100 guests in their Fredericka’s Restaurant, according to their website.

Shah said last week they are investigating other points of connection with the group including the ceremony that was held at Tri Town Baptist Church.

The Maine CDC said the wedding reception had approximately 65 guests, which is a violation of the state’s requirements for large gatherings that is currently capped at 50 people for indoor events. Thursday, Maine CDC said it delivered an imminent health hazard citation to the owners of Big Moose Inn for this violation.

The Big Moose Inn said it misinterpreted the state’s rules on social distancing in a statement sent to CNN on August 29.