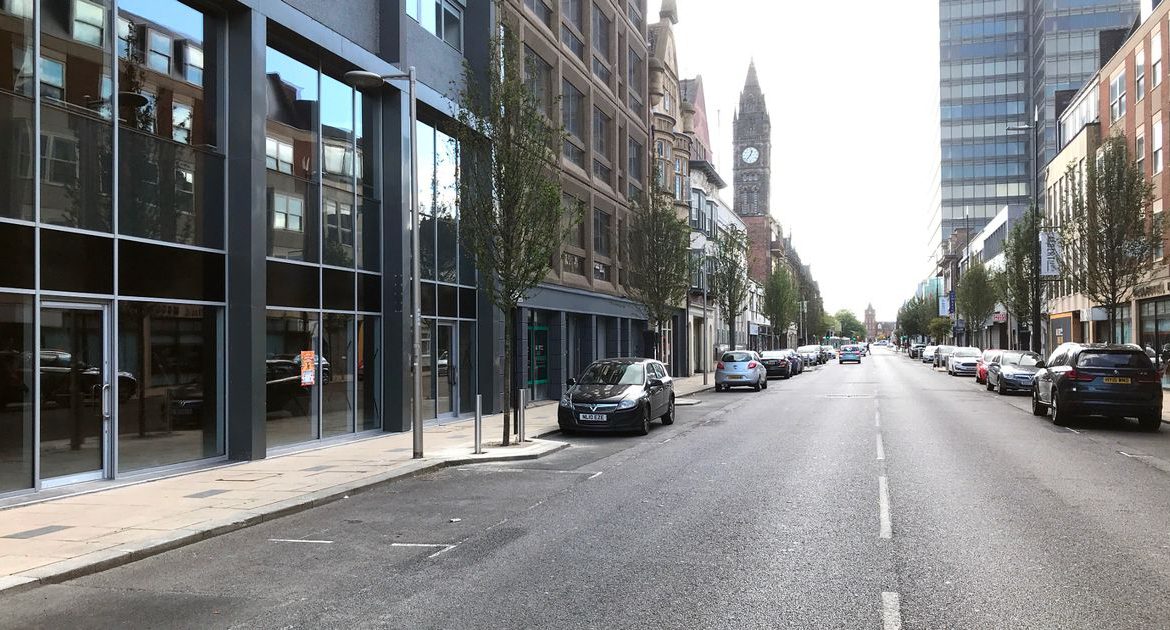 Middlesbrough has officially been named as an “area of concern” by the Government after an increase in coronavirus cases.

The announcement came after 48 new cases were confirmed across the town since Monday.

Leaders have urged residents to adhere to covid-19 guidelines to avoid a local lockdown, as have been seen in the North West and Leicester in recent months.

Being named an ‘area of concern’ does not necessarily mean Middlesbrough will have any more restrictions placed upon it, however, if infection rates stay high then the Government may act.

So what does being an ‘area of concern’ mean for Middlesbrough?

Each week, Public Health England (PHE) publishes a watchlist of areas it is concerned about, which is generally based on new coronavirus infection rates and other local information.

Middlesbrough – the entire borough, not just the town centre – was included on that list for the first time on Friday evening.

Neighbouring authorities like Redcar and Cleveland and Stockton, despite also seeing an uptick in new cases, have not been placed on the list.

Those places on the list are categorised as either “areas of concern”, “areas of enhanced support” or “areas of intervention”.

What is an area of intervention?

This is the highest risk category, with Greater Manchester, parts of east Lancashire and West Yorkshire currently included.

In July, Leicester was labelled an area of intervention and went on a strict lockdown with non-essential shops and businesses closed, along with travel restrictions for residents.

The lockdown came at a time when the rest of the country began easing restrictions.

What is an area of enhanced concern?

This means that areas put on the list will receive extra resources, such as more mobile testing facilities.

What is an area of concern?

Areas of concern, like Middlesbrough currently, are those at the lowest end of PHE’s watchlist, but will have some of the highest rates of new infection in the country.

Middlesbrough Council estimates the current infection rate in the town is around 39 per 100,000 people.

It is now up to Middlesbrough Council to continue to take action, which could possibly involve carrying out more testing in care homes or work with communities they have identified as higher risk.

Under existing coronavirus powers, councils are able to close down a venue, such as a pub, but would not be able to order them all to close.

Middlesbrough now joins South Tyneside, Leeds, Corby and Kettering on the Department for Health and Social Care on an official ‘watchlist’, which will see the Government formally monitoring the town’s covid-19 response for the first time.

It joins places like Leeds, Stoke-on-Trent and Luton which have been under closer scrutiny from the Government for some weeks, without further lockdown measures.

The rise in coronavirus cases on Teesside

Will we go into lockdown?

It’s possible, if the rate of infection in the town remains high.

If the situation does not improve the threat of strict local measures remains, and is something the council wants to avoid at all costs as it attempts to protect health and jobs as Middlesbrough tries to recover from the effects of the pandemic.

Middlesbrough Council public health teams are working hard to reduce the spread of the disease, by tracing contacts of recent positive cases and asking them to isolate to break the train of transmission.

Council officers have been visiting local businesses to ensure they are covid safe, but did not find issues on their first round of visits, said chief executive Tony Parkinson.

If the rate of infection reduces, Middlesbrough is far less likely to see any further lockdown measures imposed.

But what those might look like – and whether neighbouring authorities would be affected – is not yet known.

What happens if Middlesbrough is taken off the list?

If the town is taken off the concern list, it doesn’t mean the area is completely safe.

Oldham was recently taken off the concern list, but was back on high alert a fortnight later.

If it is taken off, necessary steps will be taken by the Department of Health and Social Care to further stop the spread of the virus and will continue to urge the public to play their part by following government guidance.

What is Middlesbrough Council saying?

On Friday, the council urged people not to mix with more than one other household indoors, while no more than six people from different households should be mixing outdoors.

Face coverings are essential in all shared transport and public places, while Middlesbrough Mayor Andy Preston again called for all staff serving the public to cover their faces.

He has called out ‘bad businesses’ who he says are not encouraging mask wearing and social distancing guidelines, while the council will send out free face coverings to home across the town to encourage their use.

Public service announcements will regularly be made on BBC Tees, while the council is producing leaflets and bringing in extra testing to contain the spread.

Don't Miss it Coronavirus: NSW, Victoria move to comprehensive shutdown of non-essential services | ABC News
Up Next COVID-19 could turn Halloween into a pumpkin in Nova Scotia