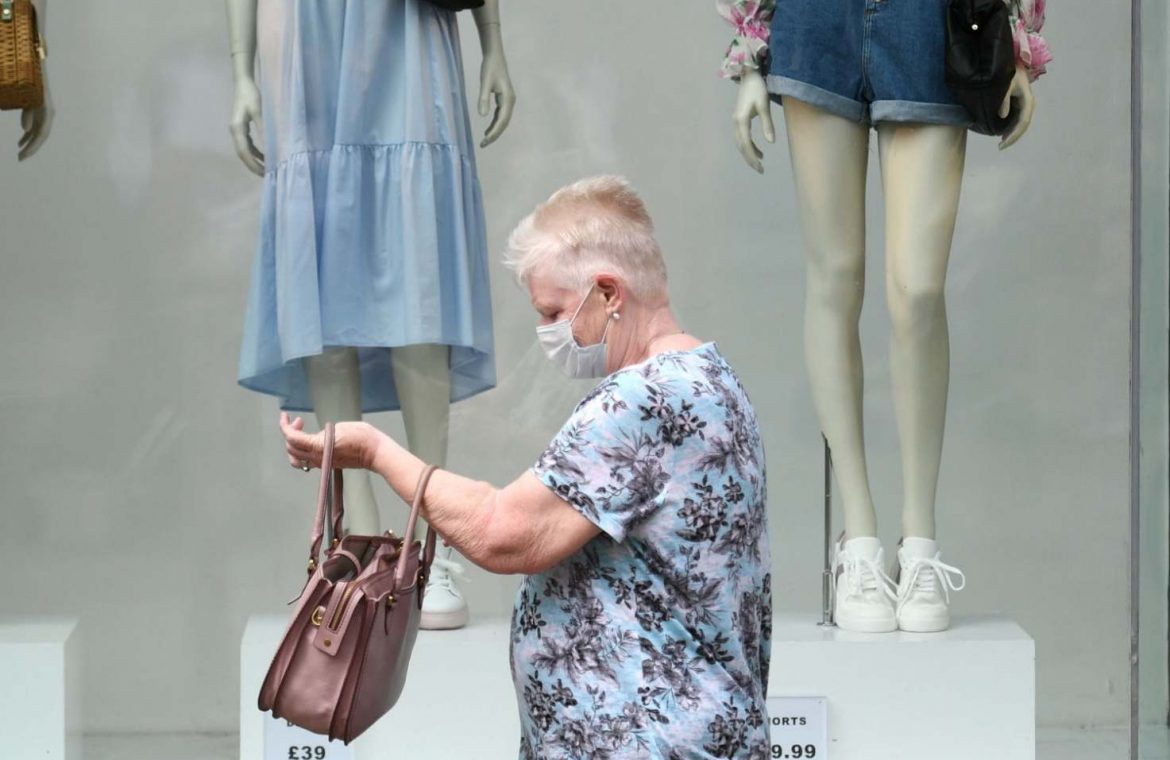 A public sector union has said it will consider strike action as a “last resort” to oppose the government’s drive to get workers back into offices during the coronavirus pandemic.

It came as new research suggested Covid-19 tests could be detecting dead virus cells which are no longer infectious, leading to an overestimation of the number of active cases.

Please allow the live blog a moment to load…

Italy’s PM urges pandemic deniers to ‘look at the numbers’

Italy’s prime minister has said he has no words for those who deny the coronavirus pandemic and urged people to look at the numbers for infections and deaths in the country.

Pandemic deniers and those against masks and vaccines were expected to rally in Rome on Saturday.

“To those people gathering in Rome today and who think the pandemic doesn’t exist, we reply with numbers: More than … 274,000 infected and some 35,000 dead. Period,” Giuseppe Conte said.

The daily caseload, after dropping down to below 200 at the start of summer, surpassed more than 1,700 on Friday, the biggest one-day increase since early May.

Many of the recent infections have occurred from returning holidaymakers, most of them young people.

Mr Conte added that “if things go badly, we’ll be able to intervene in a targeted and very circumscribed way” to manage any dramatic surge.

Coronavirus tests could be detecting dead virus cells which are no longer infectious, leading to an overestimation of the number of active cases, a new study has suggested.

Research by Oxford University’s Centre for Evidence-Based Medicine and the University of the West of England found the main test used to diagnose Covid-19 was so sensitive it could be showing people have the virus when their bodies have already fought it off.

The findings could mean people have been asked to self-isolate when they were no longer infectious.

Our reporter, Colin Drury, has the full story below:

Pubs and restaurants in Middlesbrough which put “profits before people” by failing to enforce coronavirus safety measures could be closed down, the town’s mayor has warned.

Andy Preston said public health officials will visit venues with police on Saturday after the town was put on the government’s “areas of concern” watchlist due to a spike in Covid-19 cases.

He warned that if venues were found to be putting the public’s health at risk by failing to adhere to regulations, they could be immediately closed down.

“We are seeing a lot of dangerous behaviour and a number of infections coming from pubs and restaurants, and in fact tonight we are out with the police and we are going to be visiting venues,” Mr Preston told BBC News.

“And where we see bad practice, if we think the public’s health is in danger, we may well close those venues down.”

The mayor added that he would be prepared to close down venues on the spot if he saw “sufficiently bad practice”.

France is likely to see more people hospitalised in intensive care units over the next two weeks, reflecting a recent flare-up in coronavirus infections, the country’s health minister has said.

Olivier Veran made the warning as he ruled out the need for a new nationwide lockdown, telling BFM television that France now had other means to fight the virus, such as testing.

“I cannot envision a general lockdown. The lockdown was a lid on an overflowing cooking pot,” Mr Veran said.

French health authorities reported 8,975 new confirmed cases on Friday, almost 1,500 higher than the previous daily peak of 7,578 on 31 March, when France was in one of Europe’s strictest lockdowns.

The death toll in the country stood at 30,686 people, as of Friday.

However, as the rise in infections has mainly affected young people, who are less likely to develop serious illness, there has so far been less strain on French hospitals than during the first wave of the pandemic earlier this year.

The number of people hospitalised was up by 28 on Friday to 4,671 after rising for a sixth day in a row.

“We are not all on the same epidemic wave as last spring. We are on a slower trend but one that must alert us,” Mr Veran said.

“This week, 55 patients on average were hospitalised in intensive care units (ICU) each day, this means we are on an average of 1,500-2,000 people hospitalised in ICU units per month in our country,” he added.

“This is not neutral and we must be extremely vigilant.”

The health minister also noted that current hospitalisation numbers reflected infections contracted two weeks ago so the number of people in ICUs was expected to rise.

Our reporter, Maya Oppenheim, has more details below on the Metropolitan Police’s warning to climate protesters over coronavirus restrictions:

Mexico ‘running out of death certificates’

The coronavirus pandemic hit Mexico so hard that the governments of three states – Baja California, State of Mexico and Mexico City – started running out of death certificates last month, according to officials.

Authorities said a million new federal forms have been printed and are being distributed.

‘To my friends and I, the pandemic no longer exists’

Zoë Beaty investigates how young people feel about being blamed for the spread of coronavirus.

“Young people are bearing the brunt of the financial, physical and mental repercussions of the Covid-19 pandemic, so is it any wonder some of them are being lax about the rules?”

Union would consider strike action over return to offices

A public sector union said it would be willing to consider strike action as a “last resort” to oppose the government’s drive to get workers back into offices.

The Public and Commercial Services (PCS) Union, which has around 200,000 members, said it did not believe it was safe to return to workplaces given the likelihood of a second wave.

PCS general secretary Mark Serwotka said: “If the government or any employer starts forcing people back to work and we believe that it is not safe to do so, we will firstly consider our legal options, secondly give individual legal advice, and thirdly consider whether a collective response is required.

“As a last resort, if you have no other option and people’s health and safety is at risk, of course we would be prepared to consider industrial action.”

Outgoing cabinet secretary Sir Mark Sedwill has called on government departments to bring as much as 80 per cent of public sector staff back into the workplace.

Climate crisis activists have been warned they risk facing a large fine if they fail to comply with coronavirus restrictions banning gatherings of more than 30 people.

The Met Police said risk assessments explaining how Extinction Rebellion (XR) activists were minimising the chance of Covid-19 transmission “did not meet the required standard”.

“It is your responsibility to check the position and ensure you are not committing an offence by being involved in a large gathering,” the force said in an open letter to XR protesters on Friday.

“We urge anyone arranging a gathering to inform your local police. We all need to continue to do our part to prevent the spread of the virus.”

The XR climate action protests, which began on 1 September, have so far seen more than 500 arrests.

About 200 of those were linked to a blockade of Lambeth Bridge on Thursday, which shut the route off to traffic.

Police in the hard-hit Australian state of Victoria have made several arrests from a crowd of about 300 people who were protesting the coronavirus lockdown in Melbourne.

It came as the state reported 11 more deaths and 76 new infections, as the country’s overall death toll rose to 748.

The Melbourne restrictions, which include a night curfew, were put in place in an attempt to reduce a spike in infections and deaths.

Police had urged people to adhere to restrictions on community movement but four men were arrested and charged with incitement over the so-called “Freedom Day” protests planned for several Melbourne locations.

Police, many of them on horseback, later made a number of arrests among protesters.

Government officials are expected to announce on Sunday how and when they will ease restrictions in Melbourne and regional Victoria.