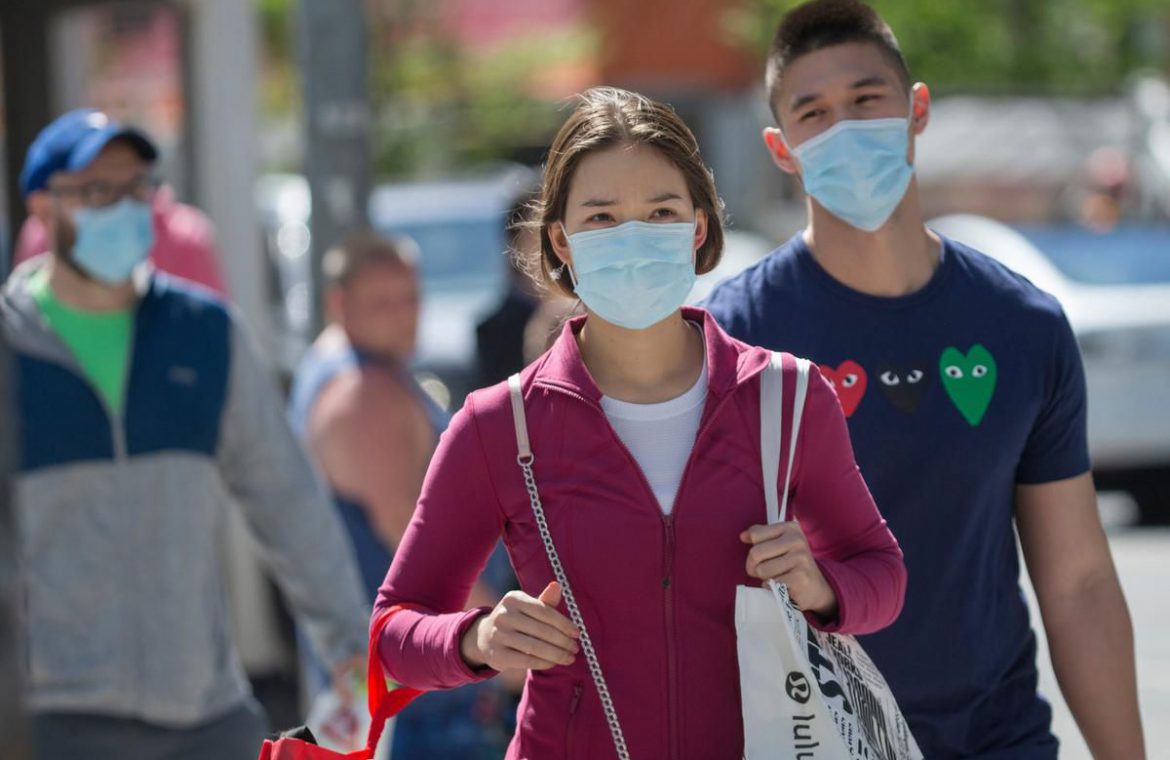 10:07 a.m.: York Region Public Health has traced back 11 confirmed cases of COVID-19 to wedding events in Toronto, Markham and Whitchurch-Stouffville.

7:45 a.m.: The Public Health Agency of Canada expects higher demand for influenza vaccines amid a possible double whammy of COVID-19 and flu infections.

10:07 a.m.: York Region Public Health has traced back 11 confirmed cases of COVID-19 to wedding events in Toronto, Markham and the Town of Whitchurch-Stouffville.

The local public health units are advising anyone who attended these or other events related to this wedding to monitor themselves for symptoms until Saturday, Sept. 12, as they may have been exposed to the infection.

York Region Public Health has followed up with known close contacts of the identified cases and directed them to self-isolate for 14 days and to get tested. Public health is working with the family to notify attendees about the potential exposures.

9:32 a.m.: India saw another record surge of 90,632 cases in the past 24 hours, as infections spread to smaller cities and parts of rural India. According to the health ministry, India’s caseload reached 4,113,811, slightly short of Brazil’s confirmed 4,123,000 infections.

The ministry on Sunday also reported 1,065 deaths for a total of 70,626. More than one million cases have been detected in India in less than two weeks. Authorities say India’s daily testing exceeds one million now.

8:53 a.m.: In Iowa, some drivers took advantage of roads and highways emptied by the coronavirus pandemic by pushing well past the speed limit, a trend that continues even as states try to get back to normal.

California Highway Patrol officers issued more than 15,000 tickets from mid-March through August 19 for speeds exceeding 100 mph, more than a 100 per cent increase over the same time period a year ago. That includes a continuing spike from May on.

The most likely explanation is drivers taking advantage of more open roads because of the pandemic, said Officer Ian Hoey, a spokesperson for the California agency.

8:10 a.m.: Hundreds of thousands of ship workers around the world have been thrown in limbo by the COVID-19 pandemic.

They’ve been confined to their vessels and can’t spend leisure time ashore while international travel restrictions have made it complicated and difficult for shipping companies to replace crews.

Peter Lahay, the Canadian co-ordinator for the International Transport Workers’ Federation, estimates some 400,000 seafarers around the world are currently past the end of their contracts because they have no way to get home.

7:48 a.m.: Former Italian Premier Silvio Berlusconi is responding “optimally” to COVID-19 treatment but is the most vulnerable type of patient and is in “the most delicate phase” of the virus, his personal doctor said Sunday.

The three-time premier turns 84 in a few weeks and has had a history of heart problems that required being fitted with a pacemaker several years ago. He checked into the San Raffaele hospital in Milan early Friday after testing positive for the virus earlier in the week. At the time he had the early stages of a lung infection.

Data from Italy’s Superior Institute of Health indicates that men aged 80-87 have the highest COVID-19 death rate among all cases in Italy, at 47 per cent.

A study by University of British Columbia researchers published recently in the Journal of Pediatrics suggests the COVID-19 pandemic may be motivating more parents to get their children vaccinated for flu.

It found that was the case for 54 per cent of parents, up 16 percentage points from last year, among 3,000 families surveyed in Canada, the United States, Japan, Israel, Spain and Switzerland.

7:43 a.m.: The death toll from the coronavirus in Israel has surpassed 1,000, as the government on Sunday mulled steps for imposing new restrictions to quell a resurgence in infections.

Israel had earned praise for its early handling of the virus crisis and imposing tight movement restrictions. Since reopening the economy in May, however, new cases have spiked to record levels and the government has been blamed for mismanaging the resurgence. Weekly protests against Prime Minister Benjamin Netanyahu over his corruption trial have expanded to include demonstrations against his handling of the health crisis and the resulting economic pain.

More than 3,000 new cases a day have been confirmed in the most recent spike, raising the spectre of a renewed nationwide lockdown.

7:39 a.m.: The premier of Australia’s Victoria state announced a slight easing of restrictions in Melbourne but the country’s second-largest city will remain in lockdown until at least Oct. 26.

On Sunday, health officials said Victoria recorded 63 new cases and five more deaths. It takes the state’s total fatalities to 666 and the national death toll to 753.

Sunday 7:37 a.m.: The U.S. Bureau of Prisons directed all federal prisons to reopen visitation for inmates by Oct. 3 in a memo sent to wardens last week, a move that representatives for correctional officers said would be dangerous and “opening Pandora’s box.”

The Bureau of Prisons suspended visitors coming to see inmates in March amid concerns over the COVID-19 pandemic. Six months later, it is directing wardens to open visitation under “non-contact only” rules.

“Social visiting will resume no later than Saturday, October 3, 2020, in accordance with the guidance below,” the memo sent on Monday states. “Wardens will immediately begin developing local procedures to reinstate social visiting.”