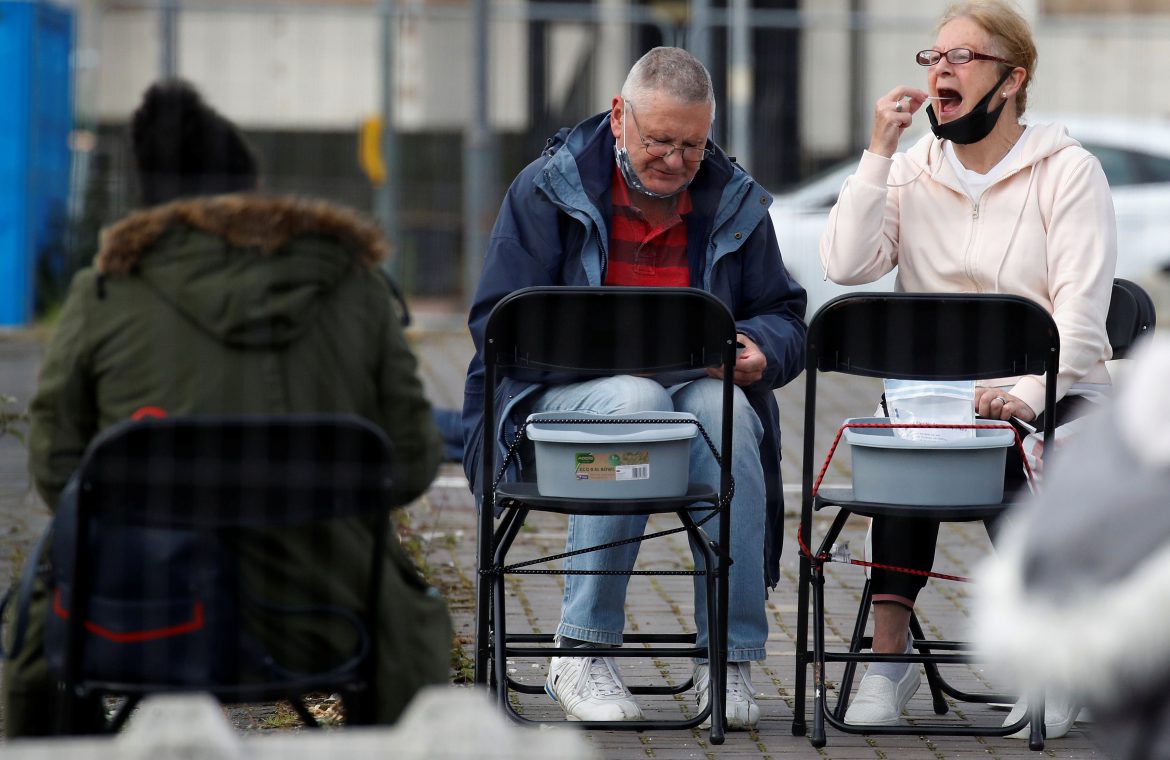 Public Health England (PHE) has warned of a ‘concerning’ increase in coronavirus cases among young people, as the latest data shows that those aged between 20 and 29 accounted for the majority of new infections in the two weeks up to 30 August.

Lockdown restrictions have been tightened in Bolton, Greater Manchester, where pubs, bars and restaurants will only be able to operate as takeaways and will be forced to close their doors under a 10pm curfew from today.

Health secretary Matt Hancock told the House of Commons Bolton now has the highest case rate in the country with 120 cases per 100,000 population as he claimed the rise was “largely due to socialising by people in their 20s and 30s”.

A controversial Ukrainian Orthodox religious leader who said coronavirus was God’s punishment for same-sex marriage has himself tested positive for Covid-19.

Patriarch Filaret, who leads one of the largest denominations of Christians in Ukraine, is reported to be in a stable condition in hospital.

Mr Castex took the test after he shared a car with the director of the Tour de France cycle race, Christian Prudhomme, who has since tested positive for the virus.

Earlier health minister Olivier Veran said the recent rise in the number of cases was “worrying”.  Today the government confirmed 39 deaths and 6,544 cases, bringing the totals to 30,764 and 335,524.

“The reproduction rate of the virus stands at 1.2 which is less than the 3.2-3.4 level seen during the spring. So the virus is spreading at lesser speed but it is circulating, which is worrying”, he told France Inter radio.

Test and trace ‘on the verge of collapse’, warns Starmer

Sir Keir Starmer has warned that the NHS Test and Trace system is “on the verge of collapse”, after a senior official apologised to those who have been unable to get a check for coronavirus.

The Labour leader called on Boris Johnson to “take responsibility” for a system which he said had told people needing tests that none were available or asked them to travel hundreds of miles for an appointment.

Ireland has reported 307 new cases of coronavirus, the highest number of cases reported in one day since mid-May.

The National Public Health Emergency Team said 182 of the new cases were in Dublin, a city that government minister Simon Harris earlier on Tuesday told journalists was at a “delicate point” due to a surge in cases.

It follows reports that additional restrictions may be introduced in Dublin and Limerick if cases continue to increase.

Meanwhile ministers gave the go-ahead for ‘wet pubs’ – pubs that do not serve food – to reopen over the coming weeks.

They have closed since March amid concerns over social distancing – the longest closure of pubs in Europe.

Licensed premises that serve food were allowed to reopen their doors on 29 June.

It is the highest daily number of deaths since July – before the UK introduced its new system of only counting deaths within 28 days of a positive test.

Police are to visit a beauty salon in Merseyside after a poster in its shop window denied the existence of Covid-19.

The poster at Skin Kerr in Bootle includes the phrases “You can’t catch what doesn’t exist” and “Voodoo virus is bullshit”.

It also said no masks were being worn on site despite rules requiring staff to wear surgical face masks and visors, and stated that “Covid talk is banned”.

Sefton Community Policing Superintendent Graeme Robson said: “My officers will be visiting the salon to speak to the staff and manager and reminding them of their continued responsibilities around Covid-19 and the safety and wellbeing of their staff and customers.

“We will also be linking in with colleagues in the environmental health team at Sefton Council.

“We continue to remind the public and our local businesses that they should be continuing to follow the current Government guidance around social distancing, face coverings and Test and Trace.”

The latest weekly case rate figures across England (up to 5 September) show that Bolton now tops the list with 128 new confirmed cases of coronavirus per 100,000 people (or a total of 369 new cases).

Analysis by Press Association also reveal a surge in the rate in Salford, Manchester, Sunderland, Leeds and Liverpool.

As it stands, the ten local authorities with the highest infection rates are:

Greece’s overcrowded migrant camp Moria on the island of Lesbos now has 35 cases of coronavirus, the migration ministry said.

The facility was placed under quarantine last week after authorities confirmed that a 40-year-old asylum-seeker had tested positive for the coronavirus.

Health authorities conducted a total of 2,000 tests in Moria, including 100 on camp staff who tested negative. All 35 migrants who tested positive have been moved to a segregated space and only one has shown COVID-19 symptoms.

Since March 1, all migrants reaching Lesbos have been quarantined away from the island’s camps.

The Moria facility, which hosts more than 12,000 people – more than four times its stated capacity – has been frequently criticised by aid groups for poor living conditions.

The UN agency for refugees said Tuesday that it has confirmed two coronavirus cases in the Azraq camp for Syrian refugees in Jordan.

They are the first infections to be detected among Syrians living in refugee camps in Jordan, which are home to more than 100,000 Syrians displaced by that country’s civil war.

The Conservative leader of Bolton Council said restrictions in the borough were being tightened ‘because of the irresponsible actions of a few’.

Councillor David Greenhalgh said: “This is not something we want to do but it is clear the virus is currently moving round the borough uncontrolled and so we need to halt the transmission rate.

“The rate has gone from 15 cases per 100,000 to over 120 in the space of two weeks, and if we do not get control of the virus now we will continue to put our most vulnerable residents at risk and delay any return to normality.

“We are working across the council with the government and our partners to bring down the number of cases of this deadly virus and to continue to press government for extra support for the hospitality sector as they are once again asked to close their doors.

“The best way to do that is to limit the number of contacts people have. Be under no illusion, we are in this position due to the irresponsible actions of a few which has led to a position where our rates are at a level where government had no choice but to take action.”