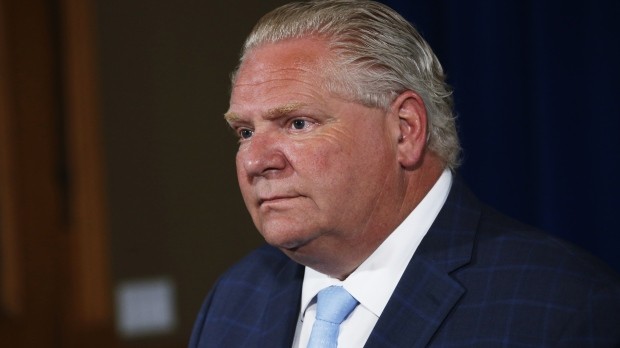 TORONTO —
Ontario is pausing any further steps in its reopening plan as daily COVID-19 case counts continue to spike in the province.

Health Minister Christine Elliott made the announcement on Tuesday, saying that the “latest trend in numbers have raised some concern, especially as we begin to reopen schools and post-secondary institutions.”

Elliott said that based on advice from Chief Medical Officer of Heath Dr. David Williams and the public health measures table, Ontario will take “a pause of four weeks” before the province considers any further loosening of public health measures or further reopening of businesses, facilities or organizations.

“We want to keep the community transmission very low so that it won’t get into our schools so our children will be safe,” she said.

The province recorded 375 new COVID-19 cases over the previous two-day period. The 190 new infections logged on Monday and 185 recorded on Tuesday mark the highest number of new cases since July 24.

Tuesday also marks the 13th day in a row in which the number of new COVID-19 cases in Ontario has surpassed 100. The last time the case count dropped into the double digits was on Aug. 26.

Of the new patients reported over the last two days, the majority are between the ages of 20 and 39.

Taking a pause in further re-opening will help avoid broad-scale closures and shutdowns. And on the first day of school for many students, we need to do everything we can to limit the spread of COVID-19. The best way to keep our schools safe is to keep our communities safe.

Premier Doug Ford said Ontario isn’t at the point yet where it needs to revert to Stage 2 but he will continue to consult with Dr. Williams.

“We aren’t there yet,” Ford said. “But if it just keeps creeping and creeping and people are ignoring the guidelines and the protocols – come on guys, we have gone through everything together as a team and you can’t let your guard down now.”

More than half of the new cases on Tuesday were reported in the Greater Toronto Area.

Health officials reported that 42 of the 185 new COVID-19 cases were in Peel Region while 48 were in Toronto and 19 were in York Region.

Ontario’s seven-day rolling average of new COVID-19 cases is now 159 per day. The number has been steadily creeping up since hitting a low of 85 new cases in August.