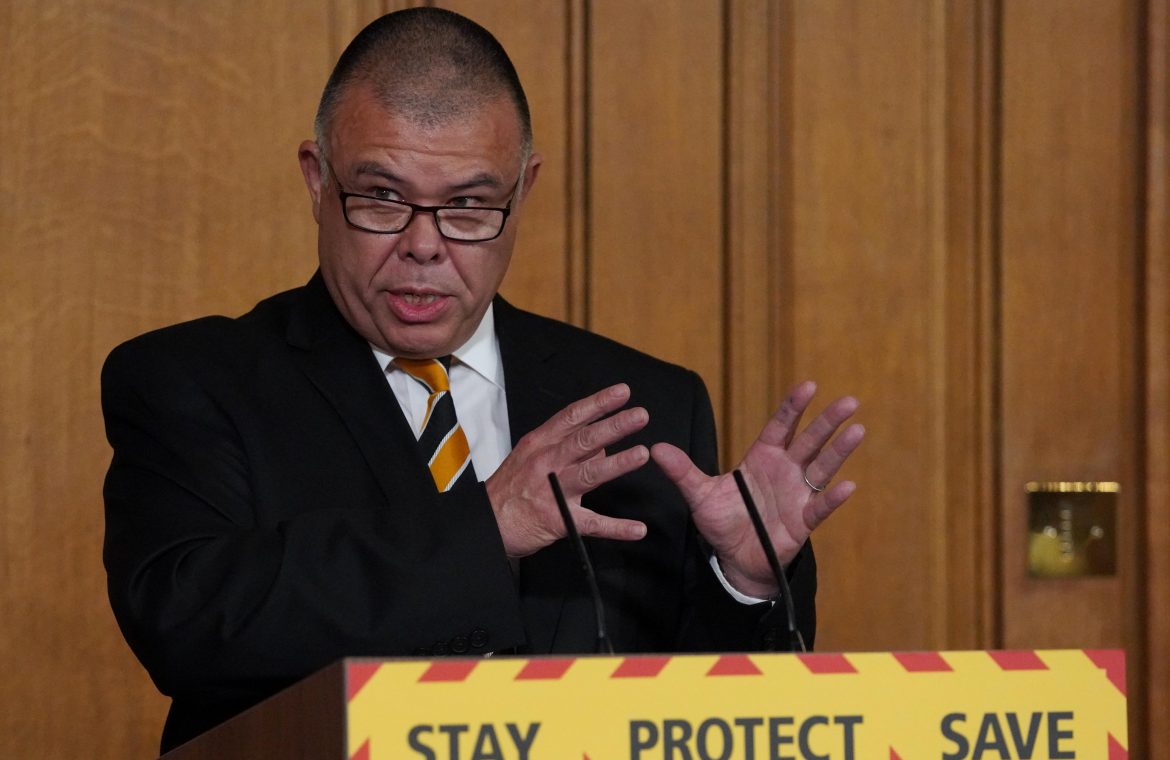 The latest spike in coronavirus cases is of “great concern”, the deputy chief medical officer of England has warned.

The number of confirmed Covid-19 cases in the UK has been almost 3,000 of the past two days, a significant jump from the days before that.

Professor Johnathan Van Tam said the recent surge is a “big change” and after the outlook seemed to “relax over summer.”

He added if the UK doesn’t get its case numbers under control the country could have a “bumpy ride over the next few months.”

Professor Van Tam on the latest spikes in coronavirus cases

Professor John Edmunds warned the R number in England was already above 1 and this could be made worse by schools and universities reopening nationwide.

He said the UK was facing a serious challenge to control the virus over the autumn.

Prof Van Tam added that the rise was “much more marked” in the 17-21 age group.

He said: “For the first time I think I see a trend that this is no longer about disease in those specific hotspots, such as Leicester a few months ago, the North West more recently, but there is a more general and creeping geographic trend across the UK, across England, that disease levels are now beginning to turn up on a wider geographical basis.

“That again is a signal that we’ve got to start taking this very seriously again.”

UK health secretary Matt Hancock has said he is ‘concerned’ at the rising number of cases Credit: PA

Mr Hancock said the recent rises were “conerning” but there has been no indication from the national government that there would be a change in strategy yet.

He added that it was “clear” that the level of compliance with restrictions “is very variable indeed”.

Figures for new Covid-19 cases are often lower at the weekends, an academic has said Credit: Jane Barlow/PA

Sunday saw the largest number of confirmed cases in the UK since May, with 2,988 people testing positive for the disease.

Slightly fewer cases were announced today at 2,948 but this is still much higher than the 1,406 confirmed last Monday.

In the interview, Mr Van Tam said: “This is a big change, it’s now consistent over two days and it is of great concern at this point.

“I think you know we’ve been able to relax a bit over the summer, the disease levels have really been quite low in the UK through the summer but these latest figures really show us that much as people might like to say ‘oh it’s gone away’, this hasn’t gone away,” he said.

“This is a virus we are going to have to live with and if we’re not careful, if we don’t take this incredibly seriously from this point in, we’re going to have a bumpy ride over the next few months.”

The UK isn’t the only country struggling with a resurgence in the virus, with Spain, France, and Germany all seeing their numbers increase.

The UK extended its quarantine restrictions for foreign arrivals to several Greek islands today, but this will only apply to England, with Wales and Scotland having different rules.